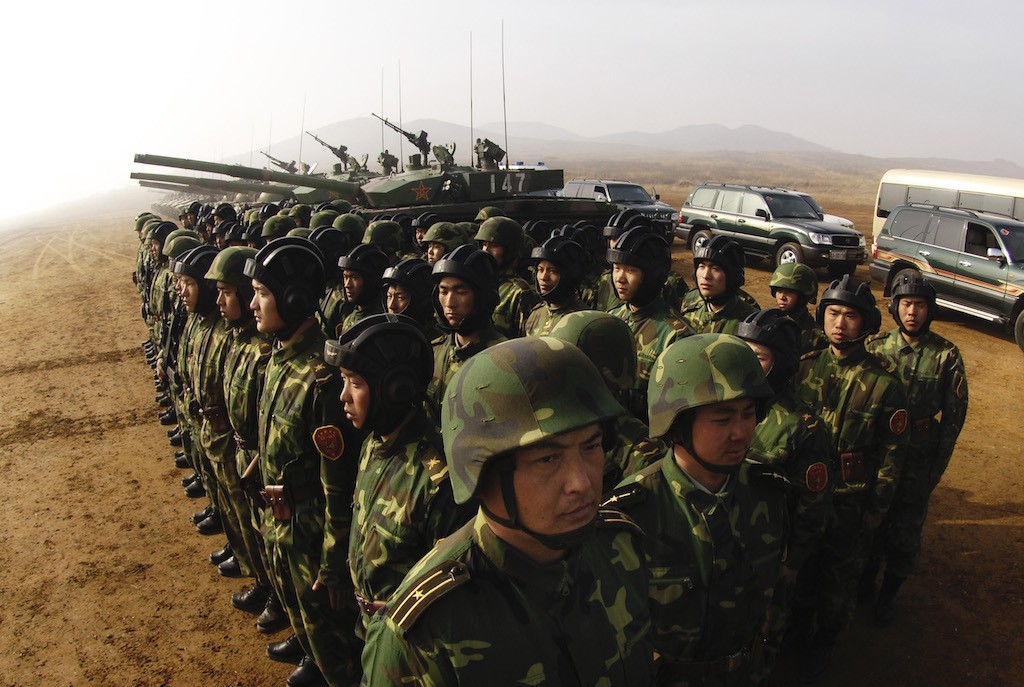 KAOHSIUNG (Taiwan News) – As the Wuhan coronavirus sweeps the world there has been plenty of discussion among China observers about how the regime has sought to use the pandemic to its advantage.

Would the Chinese Communist Party (CCP) use the country's control of a large proportion of the medical supplies market to hold the world to ransom over personal protective equipment (PPE)? Will it miraculously discover a vaccine sold to the world at a sky-high price, while simultaneously claiming credit for vanquishing the disease?

The answer is in fact simpler and much more serious. The pandemic has provided the perfect cover for Xi Jinping’s (习近平) regime to pursue its expansionist agenda more aggressively than ever before.

The Communist Party’s National People’s Congress recently passed a hugely controversial piece of legislation that has effectively annexed Hong Kong. The National Security Law it approved is in clear breach of international law and the Sino-British Joint Declaration on the future of Hong Kong, which guaranteed 50 years of autonomy and freedom.

As ever, the CCP is willing to brush international laws and conventions aside when it suits its interests and the Wuhan coronavirus pandemic has provided the ideal distraction.

The international response to the CCP's annexation of Hong Kong has been pitiful. The U.K. government has done most, offering potential citizenship to more than 3 million Hongkongers.

No country, however, has taken steps to protect Hong Kong’s position under international law. Also, the calls to apply so-called Magnitsky laws and place sanctions on those Chinese officials who instigated the law change have so far fallen on deaf ears.

The U.N., as ever, has proved totally toothless and ineffective in what should be its core remit. But this will come as no surprise to most. After all, this is the body that has just appointed the CCP to its human rights panel.

Perhaps even more troubling than China’s annexation of Hong Kong is its attempts to assert flawed sovereignty claims over Indian territory. The Ladakh region of northeast India is part of the disputed Kashmir region and there is a legitimate debate about whether it should be part of India or Pakistan.

However, since 1947, the CCP has also laid claim to the Galwan Valley area of the region. The spuriousness of its claims can be seen by the fact that Ladakh borders onto Tibet and East Turkestan, two other regions the CCP occupies but has no legitimate claims to.

Since the 1960’s, the CCP has closed the border to trade, causing huge economic damage to the region. It has also situated troops on the border who have regularly crossed illegally into the Indian-controlled region.

The situation has been calm in recent years, but over the last couple of weeks, the CCP has stepped up hostilities again. A PLA incursion into the region to ambush Indian troops led to the death of 20 Indian soldiers and an unconfirmed number of Chinese forces, including a senior officer.

The world was rather taken aback by this sudden escalation in tensions between the world’s two largest countries. It was horrified at the images of wooden clubs packed with nails that PLA troops used to brutally murder Indian soldiers.

The prospect of an escalating conflict between India and China is a potential threat to the entire world. But again, there has been little or no international response to Chinese hostilities.

Then there is China’s increased military activity around Taiwan. Taiwan’s Ministry of National Defense has reported that Chinese aircraft have entered Taiwan's Air Defense Identification Zone (ADIZ) eight times in the past two weeks.

Speaking at a military event earlier this week President Tsai Ing-wen (蔡英文) described the incursions by Chinese aircraft as “constant and relentless” and called for increased vigilance to ensure national security. Military training to counter a possible invasion has been stepped up and the U.S. military has flown several planes in the area to send a message to the CCP that the U.S. has got Taiwan’s back.

But as the CCP’s Wuhan coronavirus pandemic continues to rip through the U.S., the CCP may wonder if the focus of U.S. authorities might be elsewhere right now. India is another country where the virus is still peaking, while many other democratic nations in Europe and other parts of the world are just beginning their recovery.

Communist China has its own economic challenges and while official Wuhan coronavirus data is clearly fabricated, it is clear that China is also far from virus-free too.

But it has been evident for a long time that Xi Jinping is happy to use his expansionist, nationalist agenda to distract from his regime failing. The global pandemic has created the ideal situation for him to do just that.

Hong Kong appears to have already fallen while the situation in the Galwan Valley remains on a knife-edge.

The question is what the immediate future has in store for Taiwan. We have just elected a government that is opposed to closer ties with China and thrown out the CCP’s puppet mayor in Kaohsiung.

Xi’s deranged view of the world and his megalomaniacal tendencies could just mean that he sees the Wuhan coronavirus pandemic as the perfect cover for an invasion. Taiwan must be on its guard and it must work hard to shore up the support of its allies in the U.S. and the rest of the free world come what may.

2020 has already been a hell of a year, thanks in no small part to the CCP. Unfortunately, no one can rule out the possibility of it making things even worse.