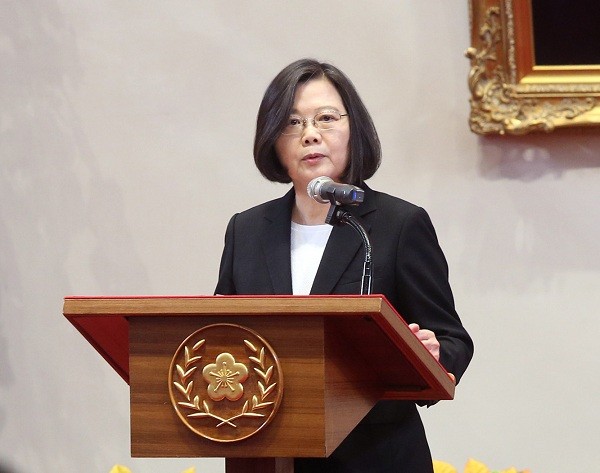 TAIPEI (Taiwan News) — President Tsai Ing-wen (蔡英文) reiterated that the Diaoyu Islands is a part of Taiwanese territory during a press conference on Wednesday (June 24), saying that the government will do its best to protect the country’s sovereignty over the islands.

Noting that the region has grown tenser, she urged calm, saying that it is also important to maintain regional stability, CNA reported. She also urged all parties involved in the Diaoyutai Islands dispute to refrain from any unilateral action that could lead to a heated territorial conflict.

Tsai’s remarks came after Japan's Ishigaki City Council on Monday passed a proposal to change the administrative designation of the Diaoyutai Islands from Tonoshiro to Tonoshiro Senkaku, reigniting the dispute.

The president went on to say that over the past four years, the government has been doing its best to protect the country's fishing rights as well as its fishermen. The Cabinet has ordered the Coast Guard to do what it can to ensure fishermen's interests and safety, according to the report.

Tsai added that due to the government’s efforts, Taiwanese fishermen have been able to operate in waters around the Diaoyutai Islands without any obstruction from Japan in the past few years.

In response to frequent sightings of Chinese military aircraft as well as U.S. military vessels and planes around Taiwan’s maritime border and Air Defense Identification Zone, Tsai acknowledged that the complicated situation will only grow more complex over time, with many military and political factors coming into play.