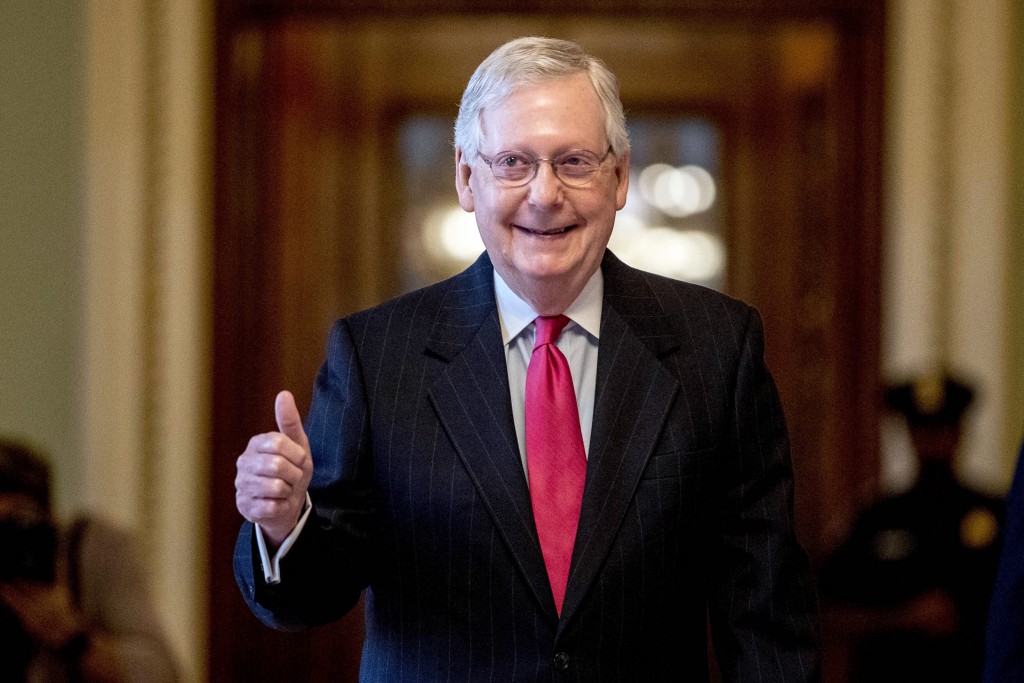 McConnell, who has worked closely with Trump on cutting taxes and putting conservatives on the federal bench, faced only token opposition from a group of Republican challengers in the Bluegrass State’s primary. In an unprecedented move, the state allowed widespread absentee mail-in voting because of the coronavirus pandemic. It might be days before McConnell knows who his Democratic opponent will be in the fall.

McConnell has spent months, and considerable campaign cash, in attacking Amy McGrath, a retired Marine combat pilot seen as the front-runner for most of the Democratic primary. But freshman state lawmaker Charles Booker appeared to seize the momentum in the final weeks of the primary, boosted by a series of high-profile endorsements and his activism during protests demanding justice for Black Americans killed recently by police.

McConnell, who touts his Senate leadership position and his ability to deliver federal funding for his home state, will be the prohibitive favorite in the fall campaign, no matter which Democrat emerges from the primary.