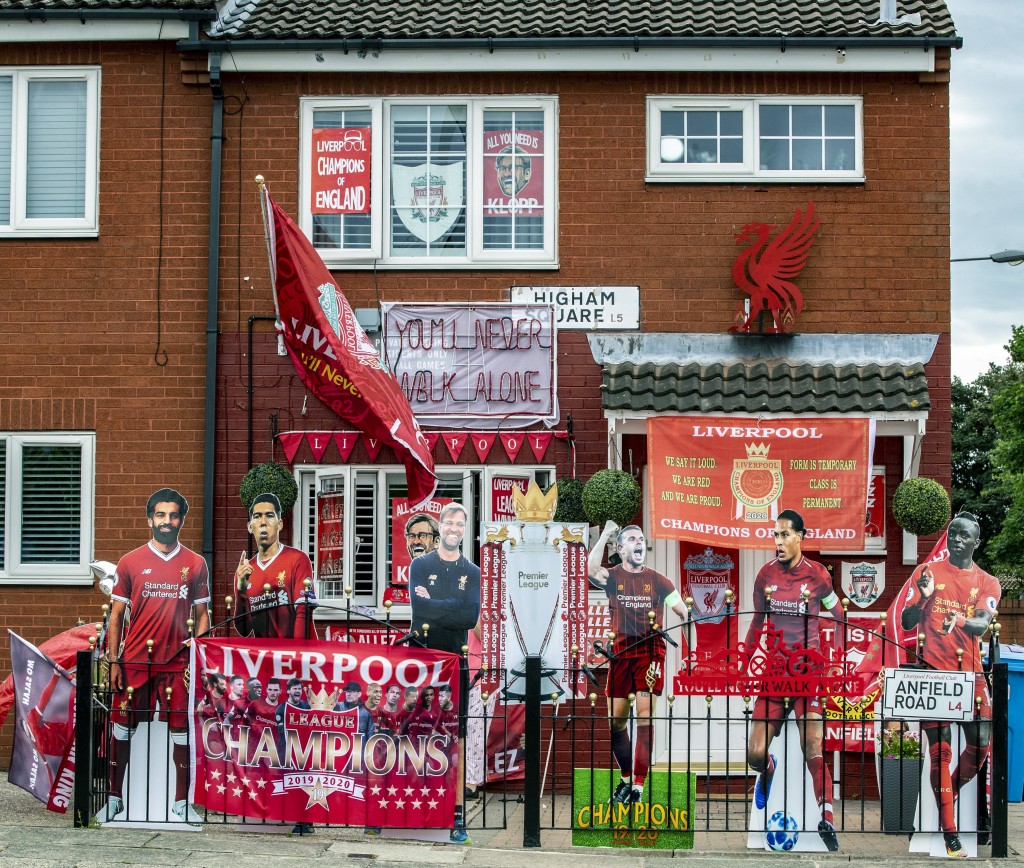 It’s a matter of when, not if, Liverpool clinches its first English league title since 1990. It cannot come against Crystal Palace at Anfield, however, after the Reds were held by Everton on Sunday. Palace is the last visiting team to beat Liverpool at Anfield in the Premier League, and that was in April 2017. Now Liverpool is chasing a 16th straight home win in the Premier League. No team has ever won all of its home matches in a single top-flight season. Fifth-place Manchester United and sixth-place Wolverhampton are tied on points heading into home games against Sheffield United and Bournemouth, respectively. Norwich is seven points adrift of safety with eight games left and desperately in need of a win at home to Everton. Second-to-last Aston Villa travels to Newcastle.

Real Madrid will seek to regain the league lead when its hosts relegation-threatened Mallorca. Barcelona moved three points ahead of Madrid again after Ivan Rakitic clinched a 1-0 victory Athletic Bilbao on Tuesday. Madrid, though, has the edge over Barcelona if they are level on points because it has better tiebreakers. Real Sociedad looks to regain fifth place when it hosts Celta Vigo on Wednesday. Alavés hosts Osasuna in a match between teams near the middle of the standings.

Lazio resumes its bid for the Serie A title by visiting high-scoring Atalanta. The Roman club entered the break trailing Juventus by only one point but is now four back after Juventus won at Bologna on Monday. Fourth-place Atalanta is coming off a 4-1 win over Sassuolo and is scoring at a higher rate -- nearly three goals per game -- than any other club in Europe’s elite leagues. Atalanta is also motivated to provide a source of joy for its city, Bergamo -- the epicenter of the coronavirus pandemic in Italy. Third-place Inter Milan hosts Sassuolo looking to build off its win over Sampdoria and Roma plays Sampdoria at the Stadio Olimpico.