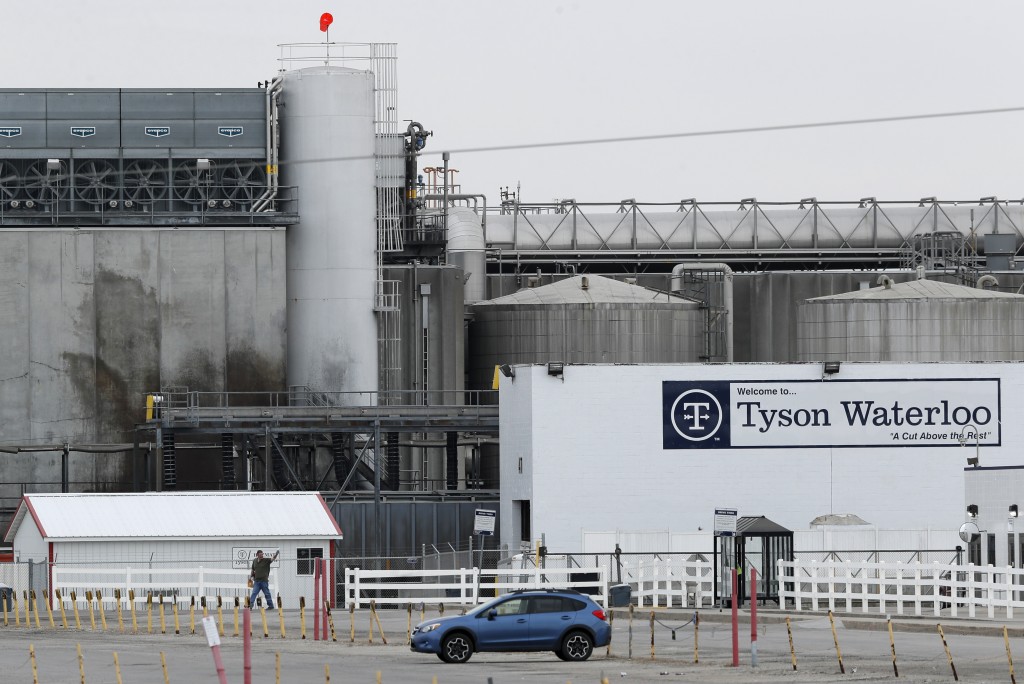 The Iowa Occupational Safety and Health Administration closed its inquiry into the Tyson plant in Waterloo earlier this month without sanctioning the meat company.

County officials and workers have alleged that in March and part of April workers did not have adequate personal protective equipment to stop the spread of the virus and were not social distancing. The company says it has taken numerous safety steps since then, including requiring masks, screening for symptoms, and frequent testing.

Black Hawk County has said that more than 1,000 of the Waterloo plant's 2,800 workers had tested positive for the virus or antibodies by early May.

The Associated Press has confirmed that at least five workers have died after getting the virus, most recently a 44-year-old maintenance worker who died on Memorial Day after a lengthy illness. The other deaths have included a 65-year-old laundry department worker, a 58-year-old Bosnian refugee, a 60-year-old Latino father and a refugee from Congo.

Iowa OSHA Administrator Russell Perry said in a letter dated June 11 that his agency found “no violations of the Iowa occupational safety and health standards on the date of the inspection."

“You may have listed conditions on your complaint that were not within the scope of our jurisdiction or items did not exist during the inspection,” he wrote to Rep. Ras Smith, a Waterloo Democrat who was among the complainants.

Smith, whose district includes the plant and provided the letter to AP, said Tuesday he was baffled by the decision. He said the agency appeared to be protecting the company and not its workers.

“If they didn’t find anything, why did Tyson feel the need to shut down and make some improvements?” Smith said. “It seems as though Iowa OSHA is either complicit or refusing to do the right thing.”

State Sen. Bill Dotzler, a Waterloo Democrat who also filed the complaint, said he was stunned.

“It's pretty clear that they couldn't find water if they were standing in a river,” he said of Iowa OSHA.

Iowa's OSHA database also shows that the agency's recent inspections of Tyson pork processing plants in Columbus Junction and Perry have been closed without finding any violations.

“We appreciate the important role of Iowa OSHA and are pleased with the results of its investigations,” Tyson spokeswoman Liz Croston said Tuesday. She said that the number of active infections among its Iowa workers “continues to decline.”

The Iowa Department of Public Health said in early May that 951 workers at the Columbus Junction and Perry plants had tested positive for COVID-19 after outbreaks in them. The company has acknowledged that at least two workers at Columbus Junction have died of coronavirus.

Iowa OSHA said that it inspected those plants only in response to “media referrals." The agency had declined to inspect the Perry plant in April after receiving a complaint, as the outbreak grew.