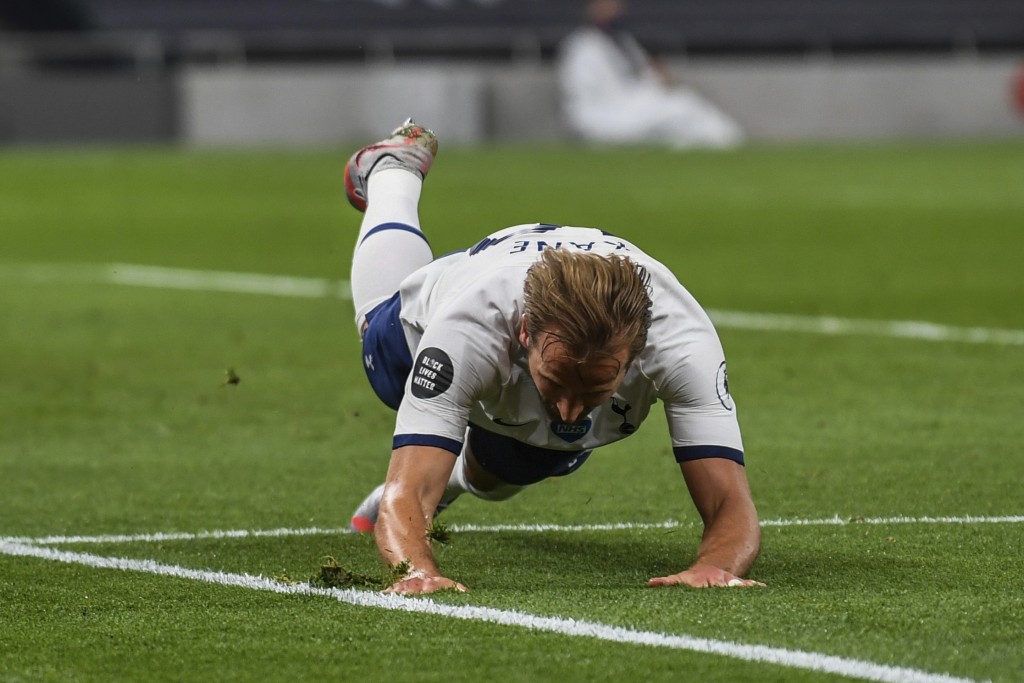 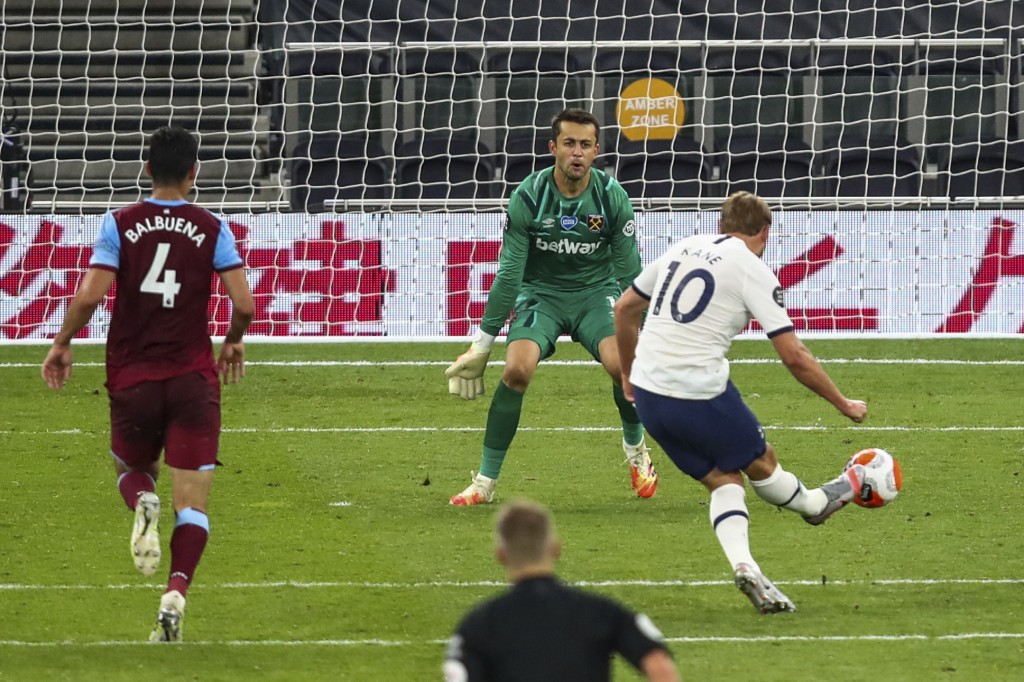 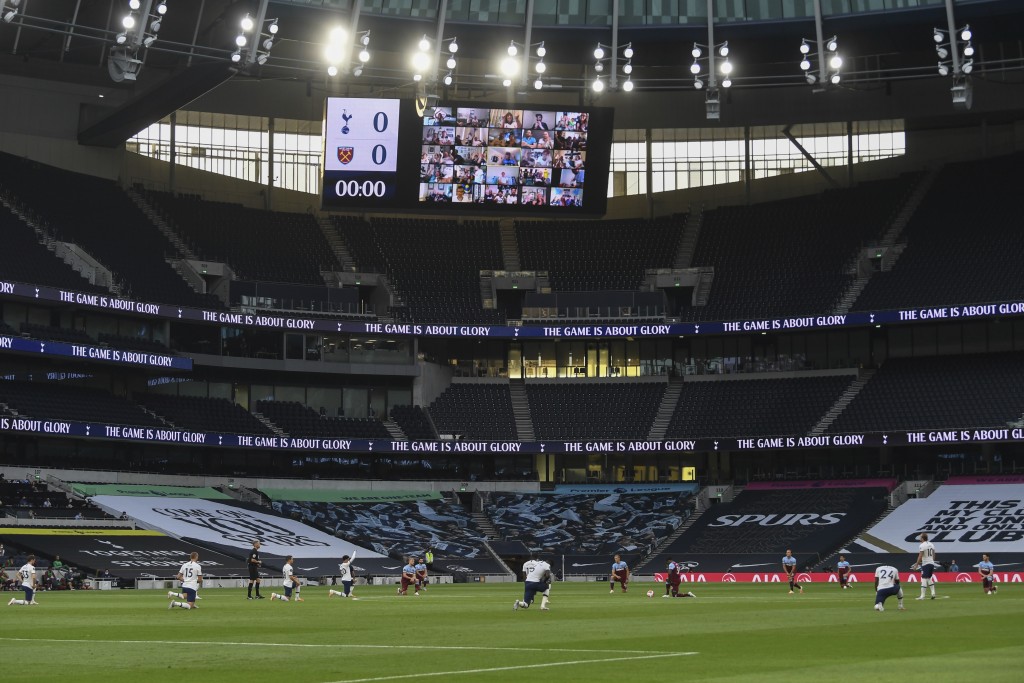 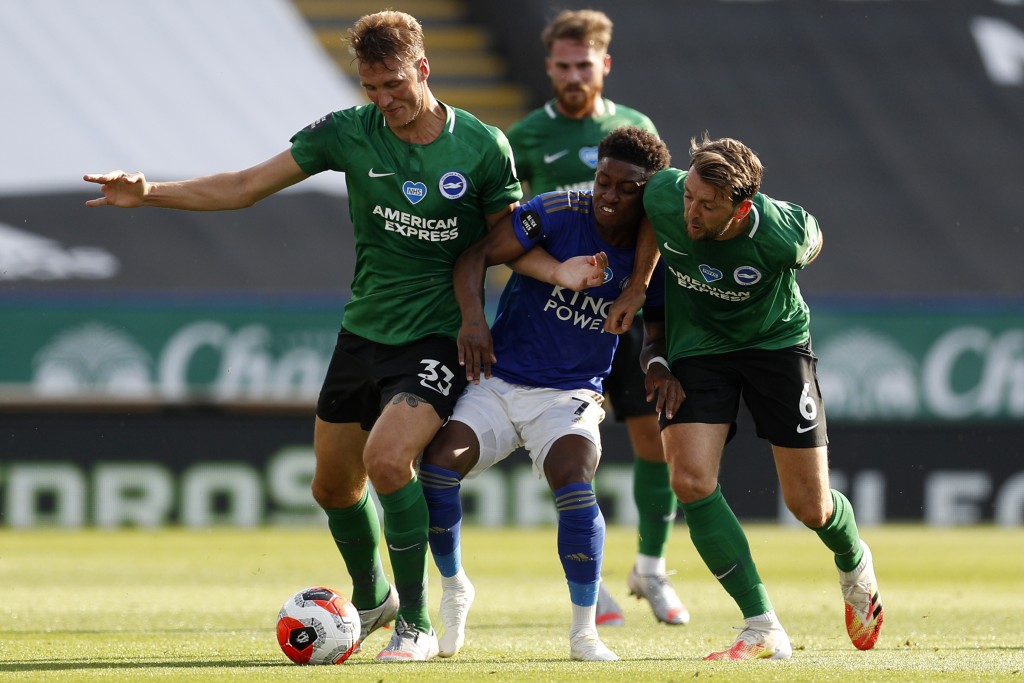 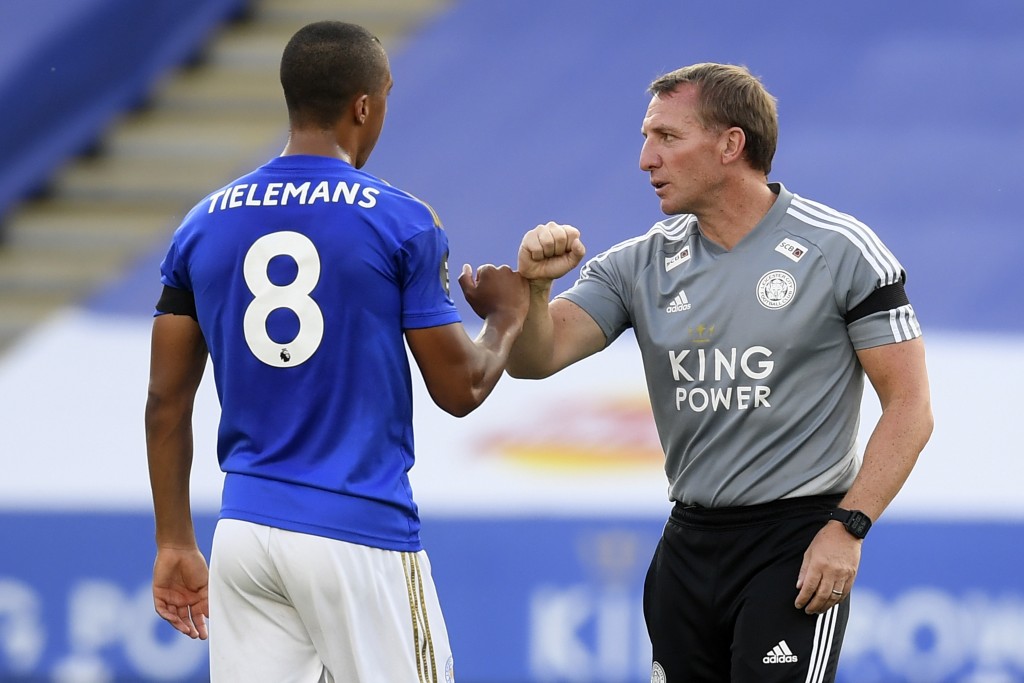 LONDON (AP) — Harry Kane had to watch helplessly while recovering from surgery as Tottenham's Champions League qualification hopes slipped away.

It looked like Kane's season was over — until the Premier League was suspended for three months.

Now, at a time when the striker expected to be playing for England at the European Championship, he is back scoring for Tottenham.

On his 200th Premier League appearance, Kane scored his first goal of 2020 — after Tomas Soucek's own goal — to complete a 2-0 victory over West Ham on Tuesday, moving Tottenham within a point of the Champions League places.

“When you have been out for over six months it’s just getting that feeling back on the pitch,” said Kane, who moved to 137 league goals overall. “You can train as much as you want but being out here is totally different.”

So very different, these days.

For one, there were no fans in the stadium due to the coronavirus pandemic. Group celebrations are also prohibited. So there was only a solo slide across the field, and Erik Lamela briefly going to jump on Kane's back before withdrawing.

It was Lamela who gained possession inside his own half to launch the counterattack that ended with Son Heung-min releasing the ball and Kane racing through the porous defense before striking into the net in the 82nd minute.

“It goes so quick,” the 26-year-old Tottenham academy graduate said. “I feel as fit as I’ve probably ever done before, it’s been a good chance to rest and recover and work on a few things I haven’t been able to over the years. I’m feeling in good shape.”

Son was denied an opener in the first half after VAR spotted he was offside. But the technology didn't deny Tottenham in the 64th minute when Soucek inadvertently turned the ball into his own net from Giovani Lo Celso’s corner.

A second successive loss since the restart left West Ham only out of the relegation zone on goal difference.

But Tottenham is now only a point behind Manchester United in fifth place, which will be the final Champions League berth if second-place Manchester City’s two-season ban from Europe is confirmed by the Court of Arbitration for Sport next month.

Nine points clear of United, third-place Leicester is still well placed to return to the Champions League after four years despite back-to-back draws since the return of the Premier League.

Leicester goalkeeper Kasper Schmeichel saved a first-half penalty from Neal Maupay during a 0-0 draw against Brighton, which moved six points clear of the relegation zone.