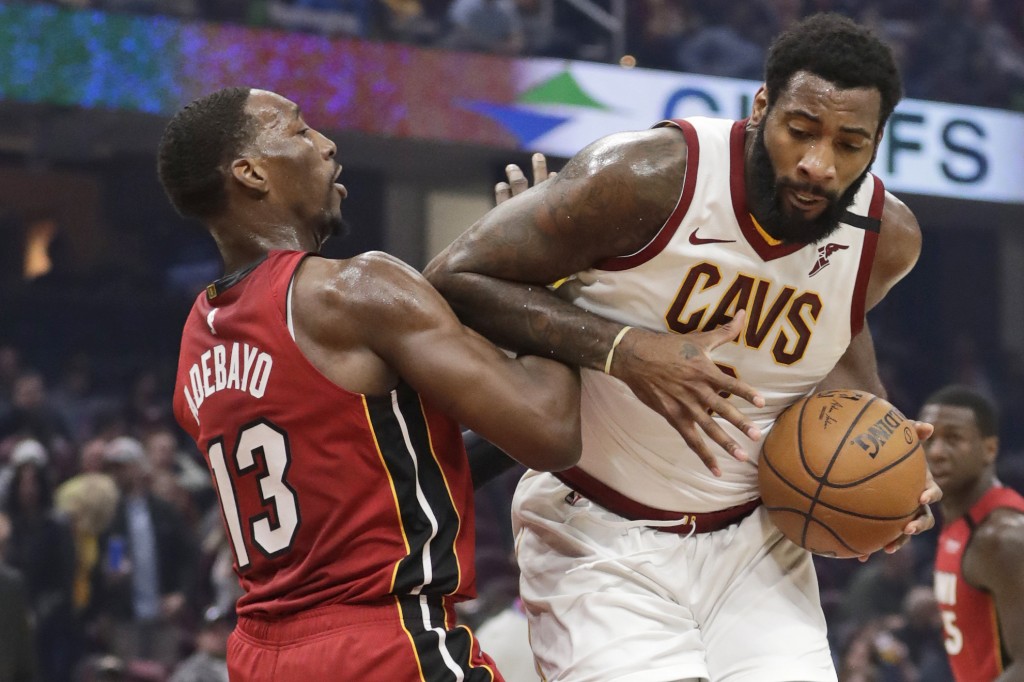 CLEVELAND (AP) — Cavaliers center Andre Drummond plans to exercise his $28.7 million player option for the 2020-21 season and stay with Cleveland.

Drummond, who was acquired in a trade from the Detroit Pistons in February, said on an ESPN podcast Tuesday that he intends to pick up the option. Drummond's decision had been expected, but it's the first time he had publicly stated his intentions.

“Yeah, that’s going to be pretty hard to give up, so you can count on me being in Cleveland still,” Drummond said with a laugh during the interview in which he discussed beer, his love of music and that he had started taking acting lessons. "I definitely will be in Cleveland.”

Drummond must notify the Cavs in writing about the option by Oct. 17. The NBA's offseason calendar has been pushed back due to the COVID-19 pandemic.

The Cavs surprised many around the league when they obtained Drummond, a two-time All-Star in Detroit. His arrival seemed to create a logjam in the front court since Cleveland already had Kevin Love, Tristan Thompson, Larry Nance Jr. and Ante Zizic.

Drummond joined the Cavs just after first-year coach John Beilein stepped down and was replaced by J.B. Bickerstaff. In eight games with Cleveland, Drummond averaged 17.1 points and 11.1 rebounds as the Cavs went 4-4 and showed some promise.

“Going to Cleveland was like going down the street,” said Drummond, drafted by the Pistons with the ninth overall pick in 2012. "I enjoy being in Cleveland. I think the people there are outstanding. The fan base is super dope. The gym is dope. I love playing there. The coaching staff is good. The team is young, so it’s good to work with.”