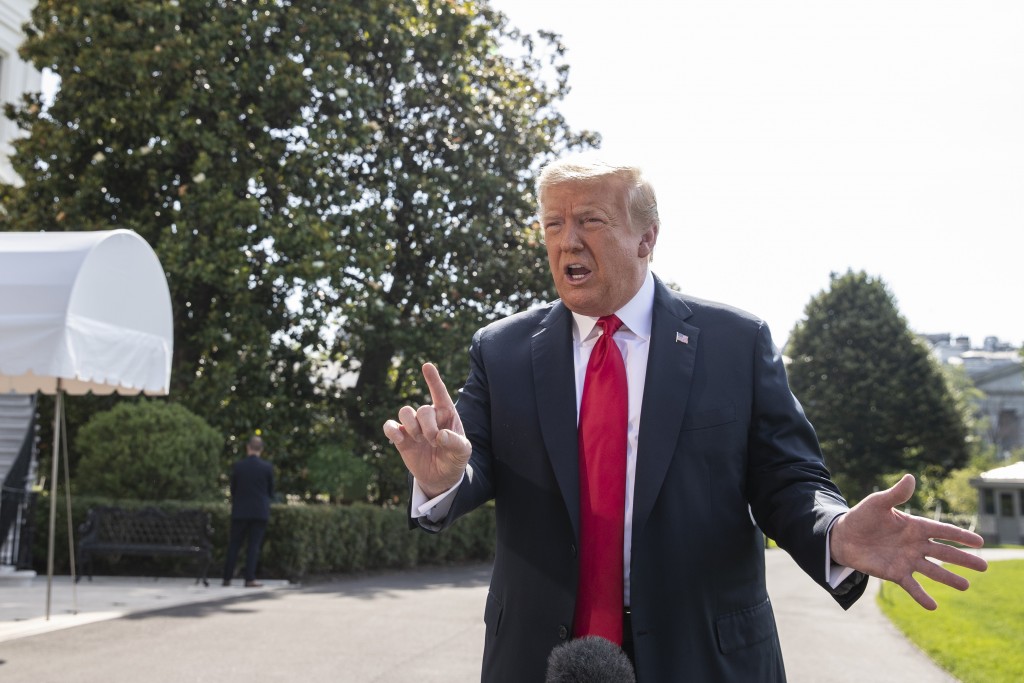 WASHINGTON (AP) — President Donald Trump's call for another round of stimulus checks to most taxpayers is getting a lukewarm endorsement from his GOP allies on Capitol Hill, but it's emerging as an early area of potential agreement with Democrats like House Speaker Nancy Pelosi on the next coronavirus bill.

In a fractured Washington, that could be a foundation of a winning coalition as lawmakers inch toward talks on the fifth, and possibly final, coronavirus relief measure before November's elections.

Trump told an interviewer Monday that he supports another round of direct economic stimulus payments similar to the $1,200 checks issued to most individuals earlier this year.

On Tuesday, neither Treasury Secretary Steven Mnuchin — the lead White House negotiator on the first package — nor Trump's GOP allies raced to endorse the idea.

“As we’ve said before, we’re talking about a bunch of different ideas that we may need to do in another bill," Mnuchin said after a lunch meeting with Senate Republicans where the topic received little discussion. “We’re going to take our time and make sure that we’re thoughtful. Whatever we do, it will be much more targeted, much more focused on jobs."

Congress passed the first round of checks nearly unanimously in March as part of a coronavirus response bill, at a cost of almost $300 billion. Both parties said the aid was essential as coronavirus lockdowns brought the economy to a near standstill.

House Democrats are fully onboard with another round, having included direct payments in a more than $3 trillion measure that they pushed through the House in May. But views in the GOP are more mixed, despite Trump's support.

“He’s always wanted a second round of stimulus checks, and probably for good reason," said Sen. Ken Cramer, R-N.D., who mostly endorsed the idea. “What we do next in addition to something like that should be very targeted, very specific to restarting, really restarting the economy. ... I think direct contribution installments to individuals could be a nice, a nice stimulus."

Skeptics of direct stimulus payments say they are not targeted enough, but they have an undeniable political appeal, especially with the elections less than five months away.

Top Senate Republican Mitch McConnell, R-Ky., has made it clear that he does not want negotiations with Democrats and Pelosi on another COVID-19 response bill to begin until next month.

Negotiations on the legislation are likely to center on providing another round of aid to states and local governments and extending unemployment benefits — though not the $600 per week supplement enacted in March.

“My preference would be to extend unemployment insurance, but to do that in a more limited way, and a more targeted way," said Sen. Mitt Romney, R-Utah, who also wants adjustments to payroll subsidies for businesses and aid to states and local governments seeking help with their ballooning budget deficits.

“I don’t think it got to the point you can say that," Blunt said.