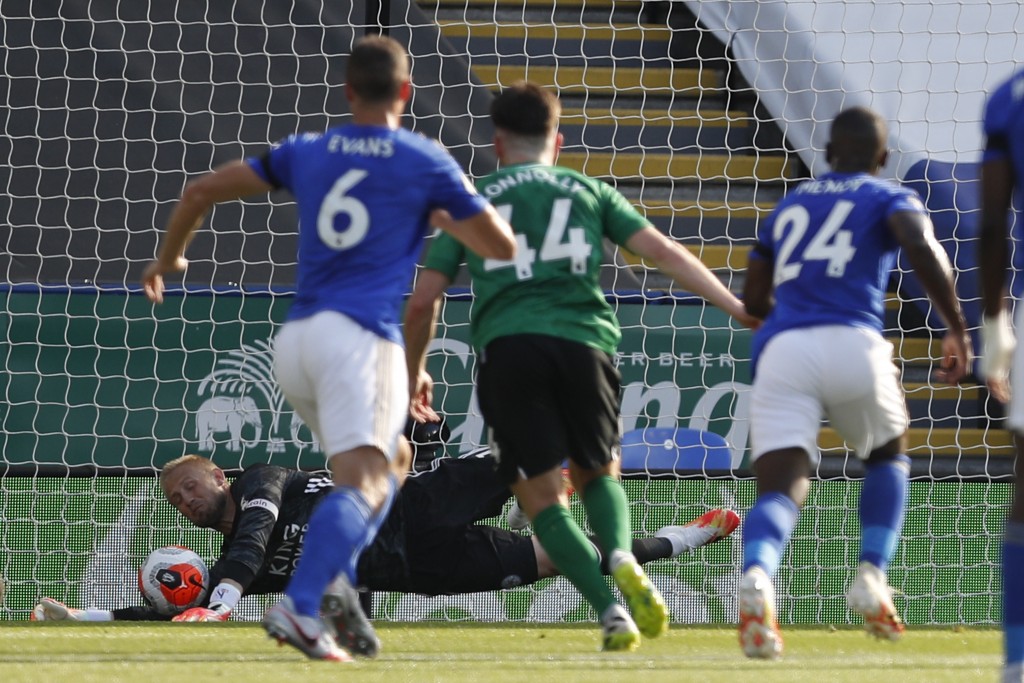 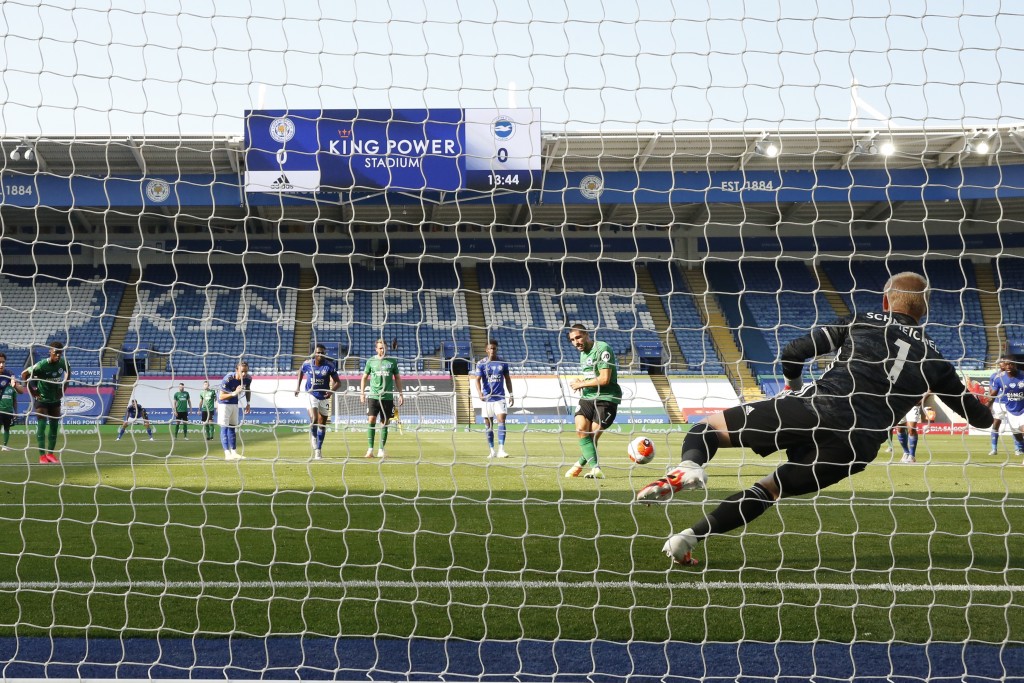 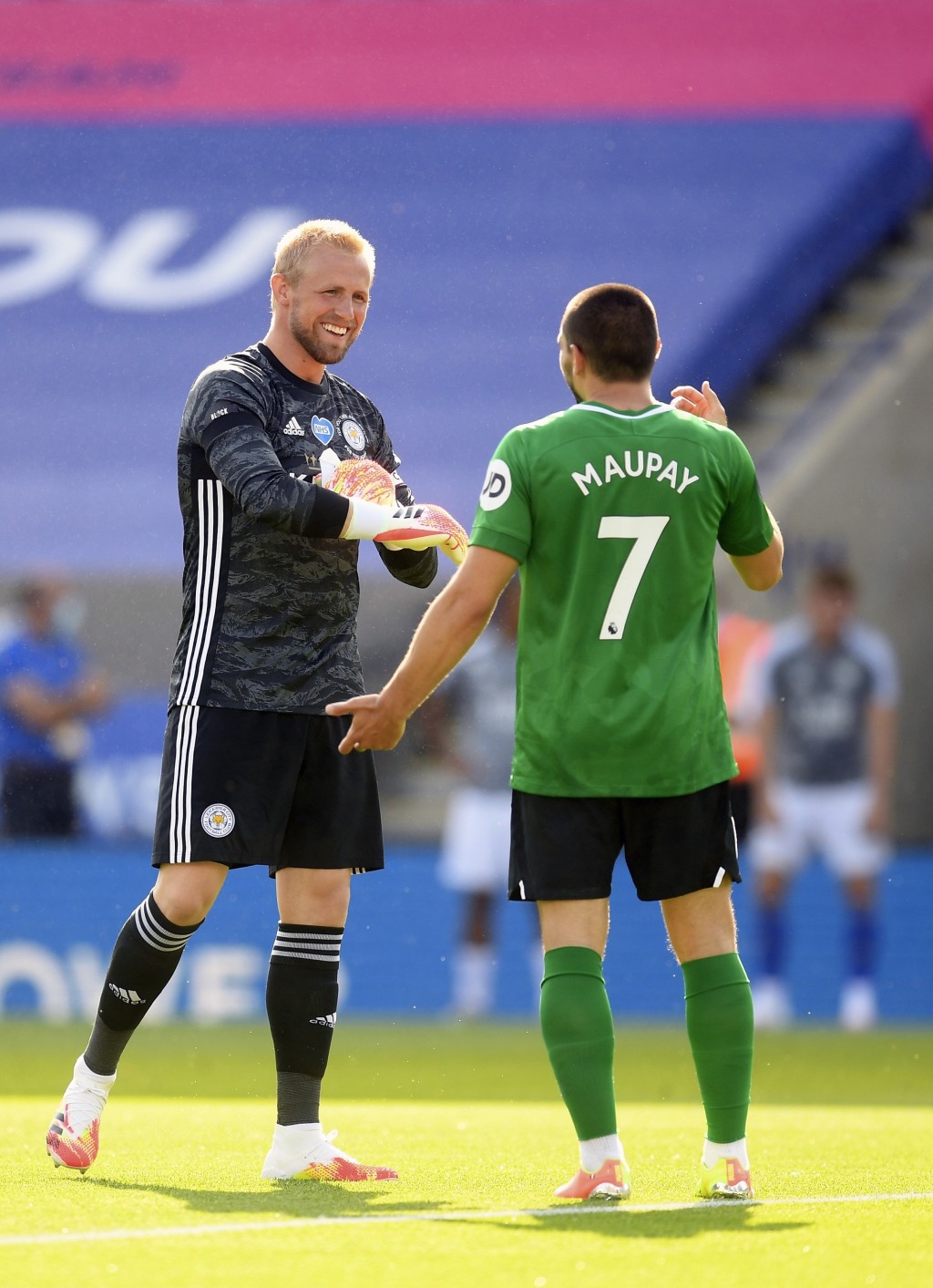 Neal Maupay, who was Brighton's match-winner with a stoppage-time goal against Arsenal on Saturday, saw his low penalty stopped by Schmeichel in the 14th minute at the King Power stadium.

Aaron Connolly earned the spot kick after being tripped by James Justin in one of the few noteworthy passages of play in a match lacking intensity and excitement without any fans.

It was the third goalless draw in 13 matches since the restart of the league last week.

United has a game in hand.

Brighton pulled six points clear of the relegation zone but has played a game more than its rivals at the bottom of the standings.

One of the most bizarre incidents in the game saw Brighton goalkeeper Mat Ryan attempt to bowl the ball out from his area to one of his teammates, only to somehow throw it behind himself.

Leicester striker Jamie Vardy pounced on the ball but Ryan recovered to snuff out the danger.