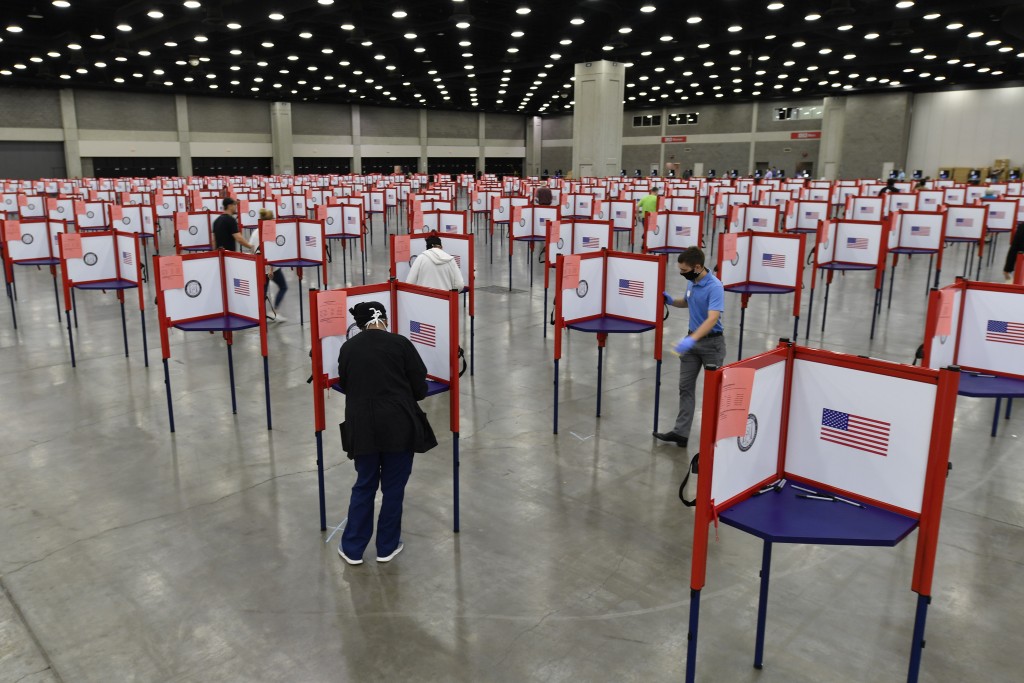 WASHINGTON (AP) — The Latest on a handful of primary elections across the United States (all times local):

Kentucky's two biggest cities are trying something new this year because of the coronavirus pandemic: They consolidated polling places to one big site in each city.

So far, it seems to be working out, despite heavy rainfall in Kentucky.

In Louisville, the state's largest city with 600,000 residents, voters are being shuttled to the Kentucky Exposition Center from satellite lots. Large crowds were flowing through the convention center so quickly Tuesday morning that there was no need for people to stand at wait at the many social distancing markers on the floor.

“It was in and out, no waiting at all,” said 51-year-old Anthony Spicer, an African American explosives expert who works as a consultant to law enforcement and the military. But he wasn't able to vote in the Democratic Party primary like he wanted to because he's a registered independent. He ended up switching parties and said: “Now I should be set for November.”

In Lexington, the state’s second-largest city with 323,000 people, voters are being sent into the hallways of the University of Kentucky’s football stadium.