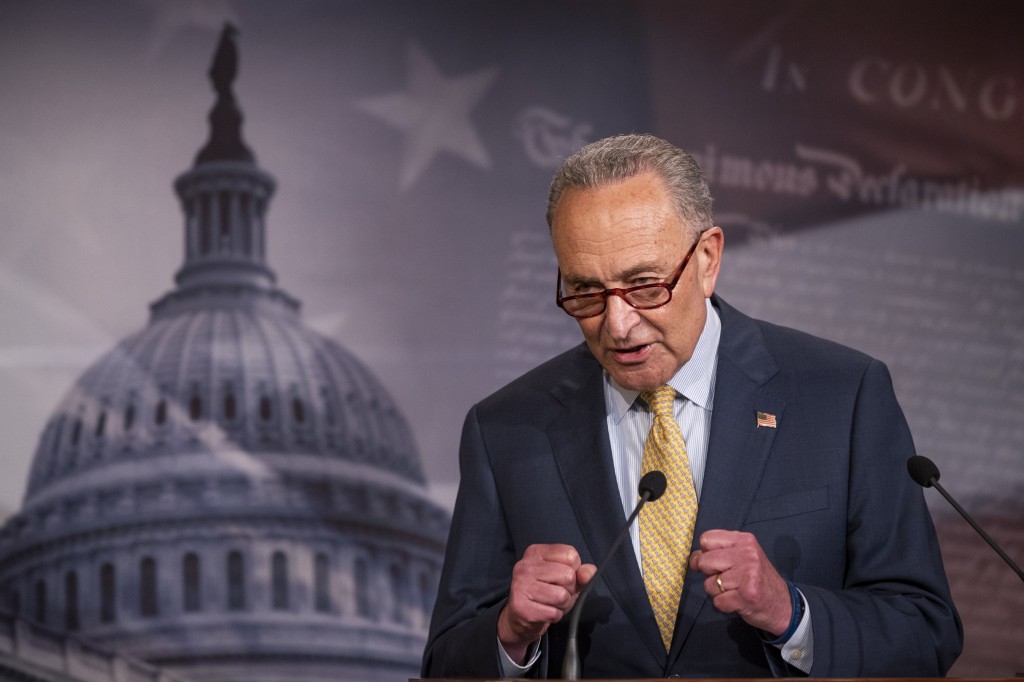 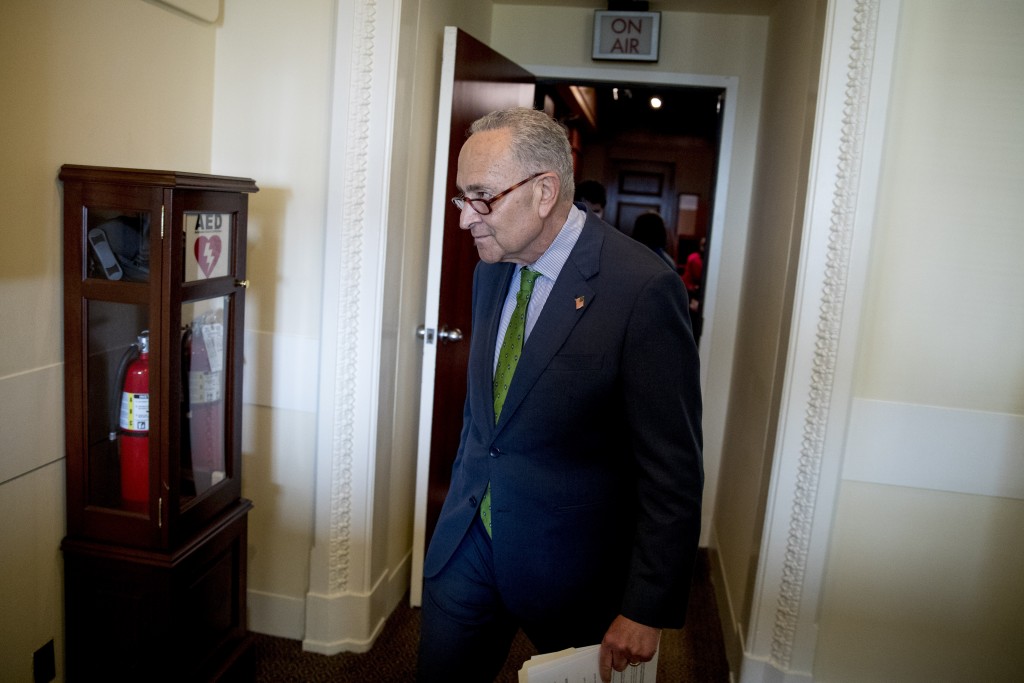 WASHINGTON (AP) — As congressional lawmakers work toward one of the most ambitious policing overhauls in decades, there is increasing division between Republicans and Democrats about how to accomplish a common goal.

Top Democratic leaders in the Senate said Tuesday that a Republican policing proposal is “not salvageable” and demanded new negotiations on a bipartisan legislative package after protests over racial inequality and the death of George Floyd and others at the hands of police.

They want something similar to a far-reaching proposal from House Democrats – the Justice in Policing Act – that would create a national database of excessive-force encounters, limit legal protections for police and ban police chokeholds. The bill is expected to pass the House later this week.

The Republican proposal in the Senate calls for an enhanced use-of-force database, restrictions on chokeholds and new commissions to study law enforcement and race. Senate Republicans say it would limit the federal government’s role while still making significant changes in policing.

It remains to be seen whether the parties can bridge their differences.

Here’s a look at the two competing proposals:

Many officers who wind up involved in fatal incidents have a history of misconduct, including Derek Chauvin, the Minneapolis officer charged with murder in Floyd’s death. He had at least a dozen complaints made against him, according to records.

But those records are often not made public, making it difficult to know if officers have such a record.

President Donald Trump signed an executive order earlier this month requiring the attorney general to create a database tracking terminations, criminal convictions and civil judgments against law enforcement officers for excessive use of force. It encourages participation by providing certain grants only to those agencies that submit the required information.

— Democrats’ bill: Calls for a national registry including complaints, disciplinary records and termination records. It also would require states to report to the Justice Department any incident in which force is used against a civilian or law enforcement officer. The proposal would require the agencies to report the reason force was used and the national origin, sex, race, ethnicity, age, disability, English language proficiency and housing status of each civilian against whom a law enforcement officer used force.

— Republicans’ bill: Would require state and local governments to report all use-of-force incidents that result in serious injuries or death to the FBI on an annual basis. Municipalities that fail to comply could see a reduction in federal funding.

There’s a notable difference. The Democrats’ bill would specifically ban the use of chokeholds and carotid holds at the federal level, while the Republican bill incentivizes police departments to ban the practice through grant funding. Trump’s executive order also encourages such bans through financial incentives.

— Republicans’ bill: Would condition certain Justice Department funds on a police department having specific policies restricting the use of chokeholds, except in situations in which deadly force is authorized.

There has been a growing call to ban no-knock warrants since 26-year-old Breonna Taylor was killed in her Louisville, Kentucky, home by officers in March. Democrats have proposed a ban on the practice, typically executed in some of the most dangerous investigations conducted by police departments. A no-knock warrant, as its name implies, is an order from a judge that allows police to enter a home without ringing a doorbell or banging on the door. Critics have said the use has increased dramatically, and some departments use them routinely in cases that don’t merit such an exception.

— Democrats’ bill: Would specifically ban no-knock warrants for all federal drug cases and would require local and state law enforcement agencies to prohibit their use to qualify for some federal funding. Oregon and Florida are the only states that have outlawed such warrants.

— Republicans’ bill: GOP senators argue there is no conclusive data on how, why and how often no-knock search warrants are used and have proposed requiring state and local law enforcement agencies to report specific data to the Department of Justice each year. The department would then be required to make a public report.

— Democrats’ bill: Would amend the federal civil rights law that governs police misconduct to no longer require prosecutors to prove that an officer’s actions were willful, a high burden of proof. The law would allow an officer to be charged for acting with reckless disregard for someone’s life, causing that person’s death.

— Republicans’ bill: Would not amend that section of the law.

Police officers are generally not held personally liable for anything that happens on the job, including when someone dies. The concept of qualified immunity has long been a way to protect police from unnecessary lawsuits and to give them the freedom to police without fear of unnecessary retribution.

— Democrats’ bill: Would amend federal misconduct statutes to make it easier for courts to find officers personally liable for the violation of civil rights. Officers might think twice before abusing their power, but it could make it more difficult to recruit police nationwide. It could also potentially lead to officers being held financially liable.

— Republicans’ bill: They say this is a step too far. As an alternative, the lead senator on the bill, Tim Scott of South Carolina, has suggested a “decertification” process for officers involved in misconduct.

The president’s executive order instructs the Justice Department to push local police departments to be certified. Under the order, Justice would ensure a department could only be credentialed if its use-of-force policies adhered to federal, state, and local laws.

White House press secretary Kayleigh McEnany has said the qualified immunity provision in the House Democrats’ bill “is a total and complete nonstarter.”