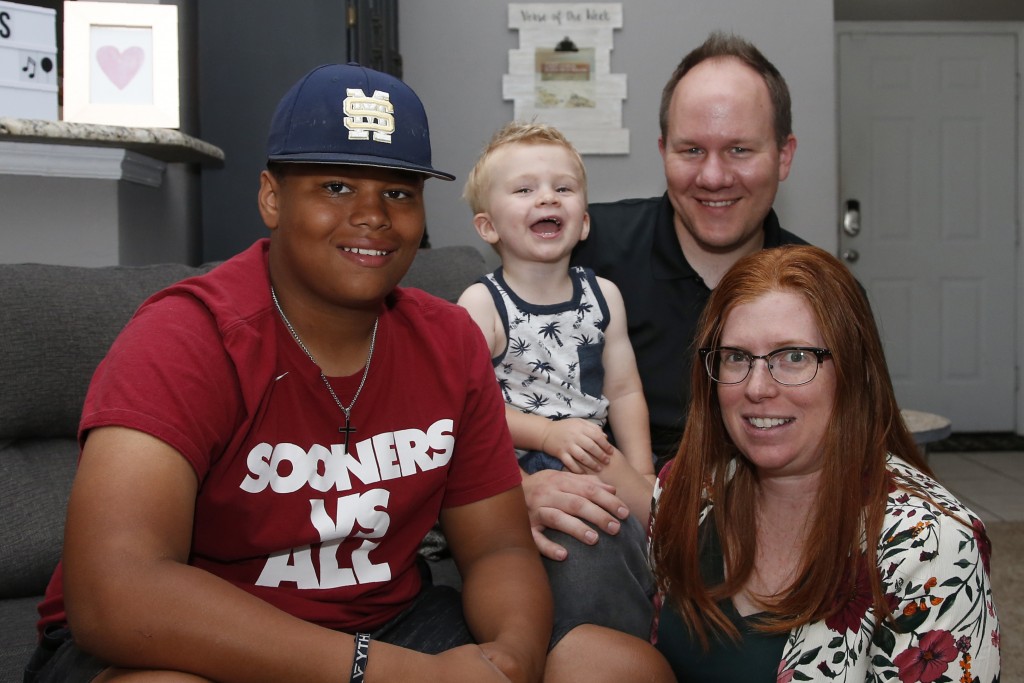 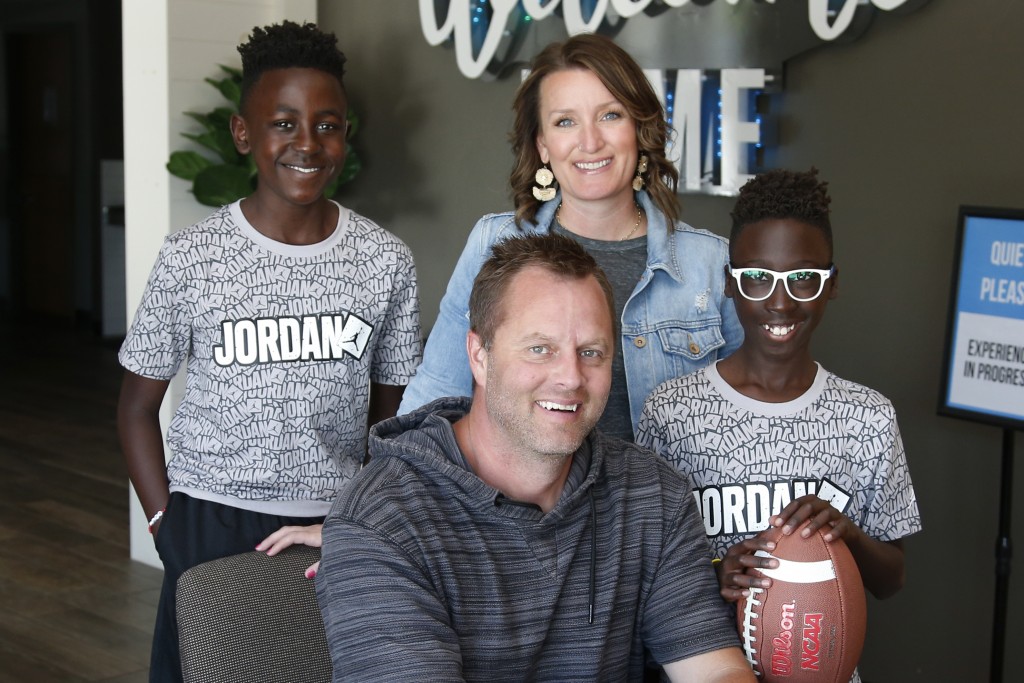 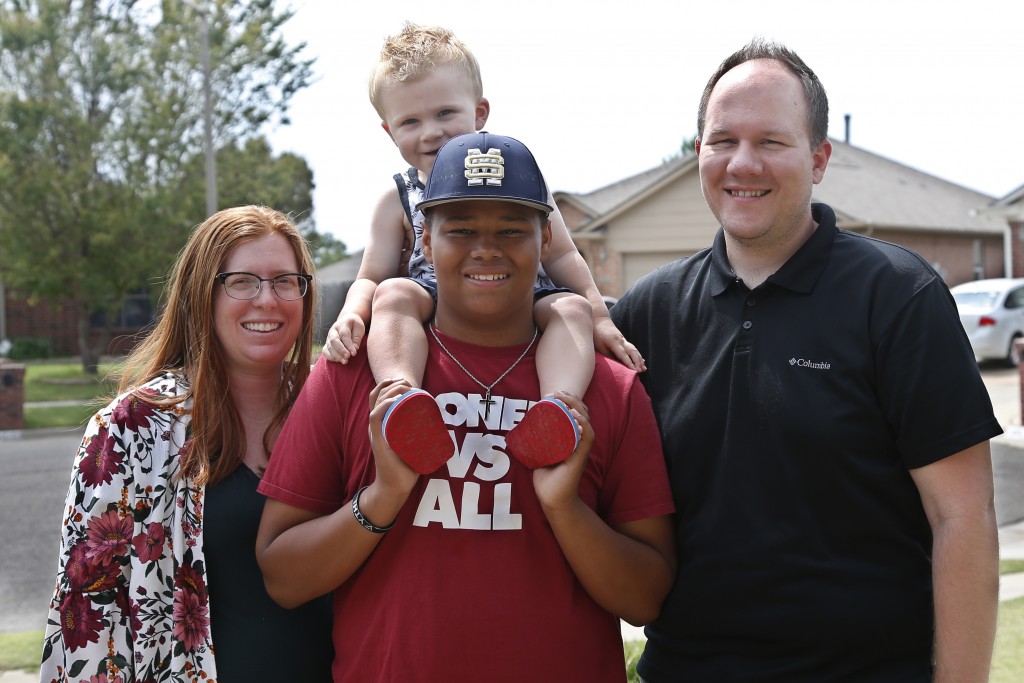 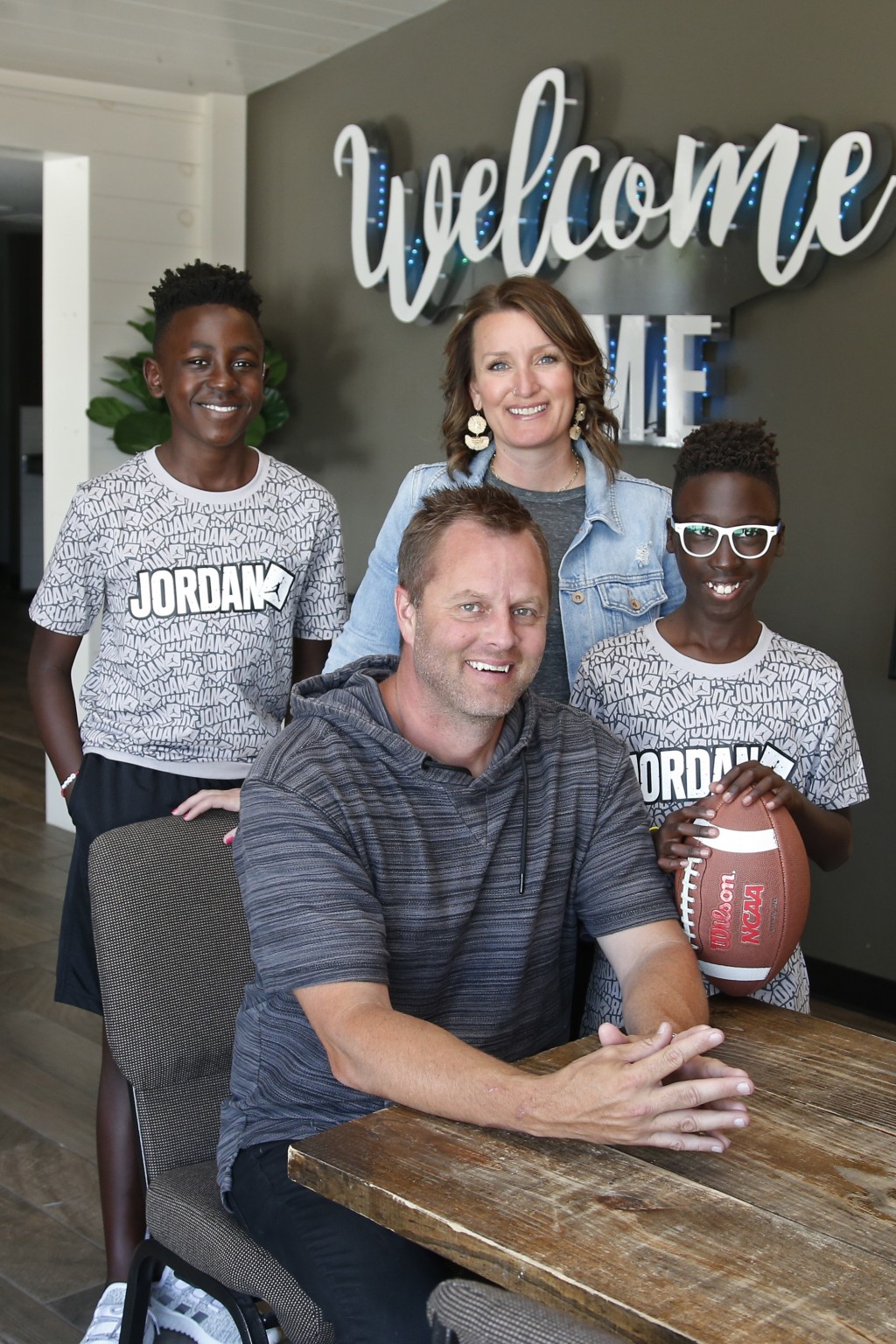 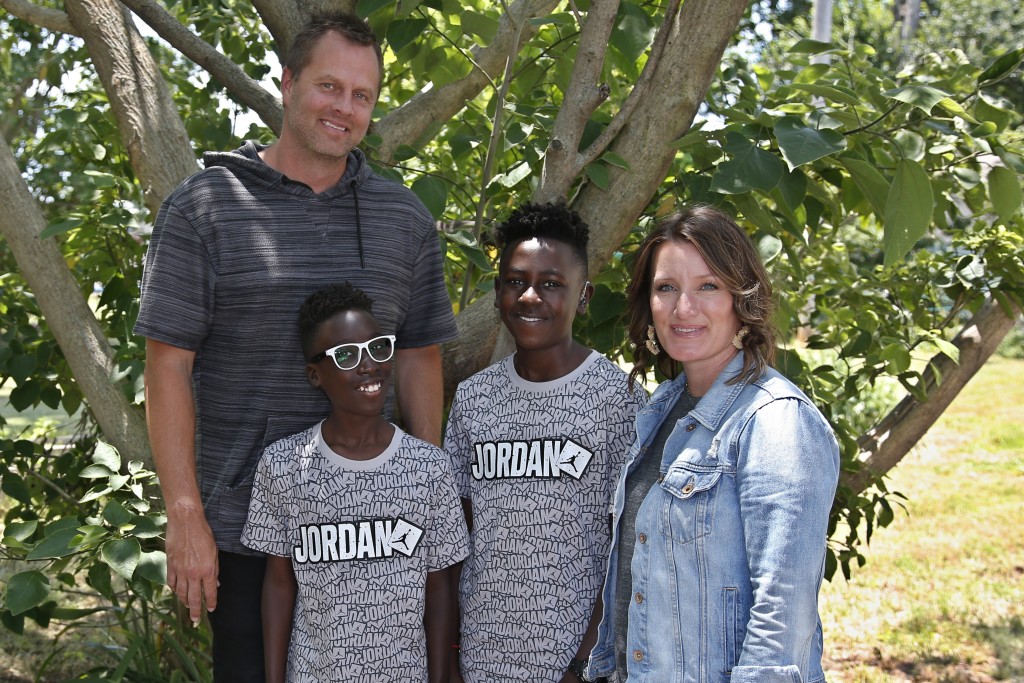 OKLAHOMA CITY (AP) — Izzy Simons has been fired up about the prospect of driving on his own.

The 15-year-old has craved the freedom a license promises. He has proudly and effectively maneuvered the family's vehicles around the church parking lot and beyond, and he's confident he'll pass his test in August. He imagines arriving at Southmoore High School in Moore, Oklahoma, someday in a navy blue crew cab Silverado truck with a lift kit.

His excitement has been replaced with uncertainty. Simons, who is Black, was jarred emotionally after watching video of the killing of George Floyd, a Black man who died after a Minneapolis white police officer pressed a knee into his neck for several minutes on May 25. In those moments, concepts he'd learned about such as racial profiling and "Driving While Black" fully registered.

Sarah Dunn, a white woman raised in rural Kansas, has learned much about race since she and her husband, Josh, took custody of Izzy six years ago. Still, she wasn’t ready for Izzy’s response to the Floyd incident.

“When we talked, he said, ‘But now I’m kind of afraid to drive,’” she said. “And that’s not something that we have ever had to think about.”

The Associated Press discussed race with six white couples who have adopted or have custody of Black children. These parents are trying to help their children understand race in America while getting an accelerated course themselves.

Floyd’s death has inspired national and international protests and led to changes in police procedures. These parents say that's a great start, but for the country to take full advantage of the moment and make America better for their children, white people must go beyond carrying signs, marching and chanting. They must become advocates along with Black people and be willing to call out racism when they see it.

“We need to realize that it’s going to be hard, tough work, and you’re going to lose friends,” Michael Morris, who has adopted two Black children with his wife, Katie, said. “And that’s OK.”

Dr. Richard Barth, dean of the University of Maryland School of Social Work, said planning is the next step to set up more meaningful action.

“We still don’t have a path to follow from the discussion of racism and structural racism and the need for everyone to speak out that Black Lives Matter to a framework for what’s really going to be different and are the next major steps — beyond police reform — to make our society more equitable,” Barth said.

For now, there are immediate issues. Michael Morris said he and his wife have held off on having “the talk” about race with their two daughters, ages 10 and 5,.

“I’m at a loss for when to start talking to them about it because I don’t want them to be scared,” Morris, an Oklahoma City resident, said. “It’s something that they’ll have to know.”

Craig and Denise Dragash of Carmel, Indiana, felt the national conversation forced them to discuss current events with their adopted son, 11-year-old Vaughn. Denise said he “wanted to hide under his blanket,” something he does when he is uncomfortable.

Cindy Neal, who has adopted three Black children with her husband, Paul, said the couple fears their advice on dealing with police might not matter. Their oldest, Belachew, is a tall, athletic 14-year-old young man -- no longer a cute toddler.

As they wrestle with these issues, these parents know that helping their children has prepared them to help the white people around them better understand Black people and their challenges. And now, they say, white people finally are listening.

Matt Porter is the pastor at Victory Family Church in Newcastle, Oklahoma. He and his wife, Julie, have adopted Paul and Timothy, both age 11. Matt Porter said white people have dodged these issues for too long.

The learning process at times has caught these parents off guard. The Neals recall telling their son not to play hide-and-seek with their white friends in other people’s yards for fear of how it might look.

“I had no clue what we were getting into with the racial dynamic of America,” Paul Neal said. “I knew that there were white people that did not like Black people. But I didn’t realize what was coming.”

Phillip and Christen Rowland of Oklahoma City adopted their son, Jackson, in 2018. The day it became official, the family celebrated by spending time at a mall in Norman, Oklahoma. Relatives proudly wore T-shirts commemorating the occasion.

A security guard put a damper on the experience by breezing past them to question Jackson.

“It was like, that moment I realized," Phillip Rowland said. "We’re all in matching shirts, and you’re going to pull this crap? I had seen it (racism), but it was so much different having it be my son.”

When the couples encounter issues — from figuring out Black hair and skin care products to helping their children understand how to deal with racism — they often lean on a network of Black friends. Yet, they know those conversations won’t cover all the bases. They educate themselves because they recognize that sometimes, their friends also are struggling.

“Especially when things are as heightened as they are now, (Black) people need to take care of themselves emotionally and may not have the energy to give anybody else,” Cindy Neal said.

The Rowlands feel this movement is largely about kids like Jackson, and they have made a point to teach him to stand up for himself. Christen and Jackson recently marched in a peaceful protest with a diverse group of friends on a sunny afternoon in Oklahoma City.

“To tell everyone and to show everyone that it’s gone too far,” Jackson said.