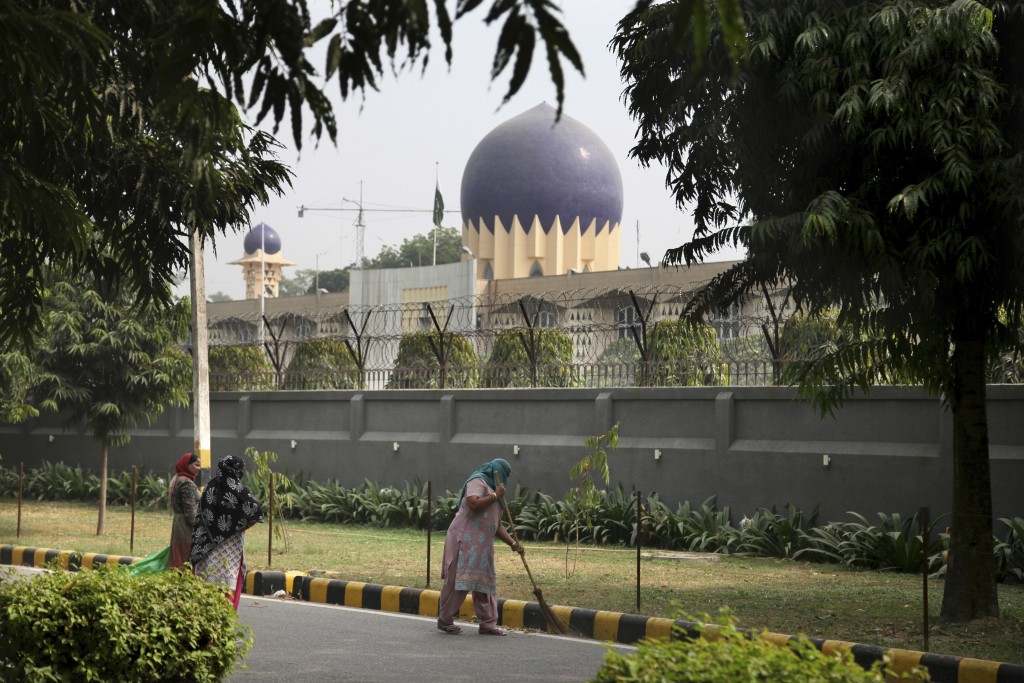 NEW DELHI (AP) — India has ordered Pakistan to reduce its embassy staff in New Delhi by half and said it will do the same in Islamabad after two Indian officials were seized at gunpoint in Pakistan, the Indian foreign ministry said Tuesday.

India’s Ministry of External Affairs said the officials returned to India on Monday and described “graphic details of the barbaric treatment that they experienced at the hands of Pakistani agencies.”

It also accused officials at Pakistan's High Commission in New Delhi of having been “engaged with acts of espionage and maintained dealings with terrorist organizations.”

The Pakistani charge d’affaires was told that the decision is to be implemented within a week, the ministry said in a statement.

Pakistan authorities said two people identified as drivers for the Indian High Commission were arrested when they hit a pedestrian and tried to flee. They said police searched the vehicle and found counterfeit currency inside.

The two were released to the high commission and were transported to the border, where they crossed into India, the authorities said.

India's action is likely to raise tensions between the nuclear-armed neighbors, as Indian commanders continue to negotiate a de-escalation agreement with their Chinese counterparts after a deadly clash on India's eastern border.

India has long accused Pakistan of funding and sheltering the perpetrators of attacks in India, particularly in Kashmir, the disputed Himalayan region that is claimed by both countries in its entirety but is divided between them.