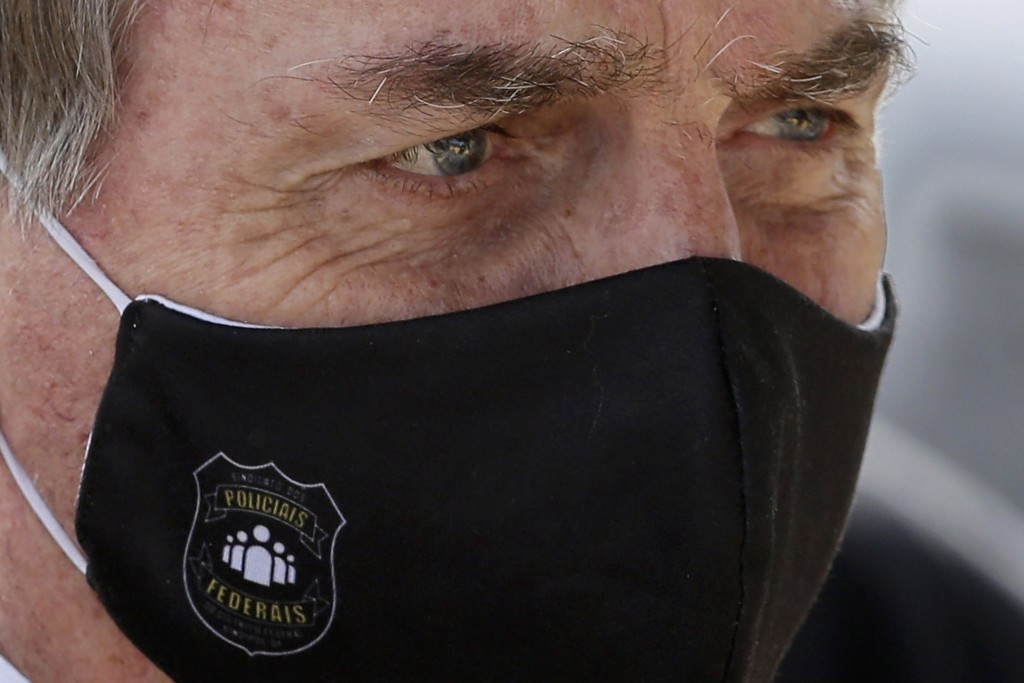 SAO PAULO (AP) — A Brazilian federal judge on Tuesday ordered President Jair Bolsonaro to comply with local rules to wear a face mask whenever he is outdoors in the capital of Brasilia.

In recent weekends, a sometimes unmasked Bolsonaro has joined throngs of people protesting against Brazil’s Congress and Supreme Court and he has often visited bakeries and outdoor food stalls, drawing crowds around him.

Brazil's federal district requires people to wear face masks in public to help control the spread of the new coronavirus. Failure to comply carries a possible daily fine of $390.

Judge Renato Coelho Borelli said in his ruling that Bolsonaro “has exposed other people to the contagion of a disease that has caused national commotion.”

Bolsonaro often appeas in public events with a mask, unlike some other heads of state, including U.S. President Donald Trump, Mexico’s Andrés Manuel López Obrador and Argentina’s Alberto Fernandez, who has often hugged supporters and taken selfies with them while not wearing a mask, although use of a mask is mandatory in Argentina's the capital.

The Brazilian president has downplayed the risk of COVID-19 and insisted the negative economic impacts of social isolation will be worse than the harm caused by the virus. More than 51,000 people have died of COVID-19 in Brazil.