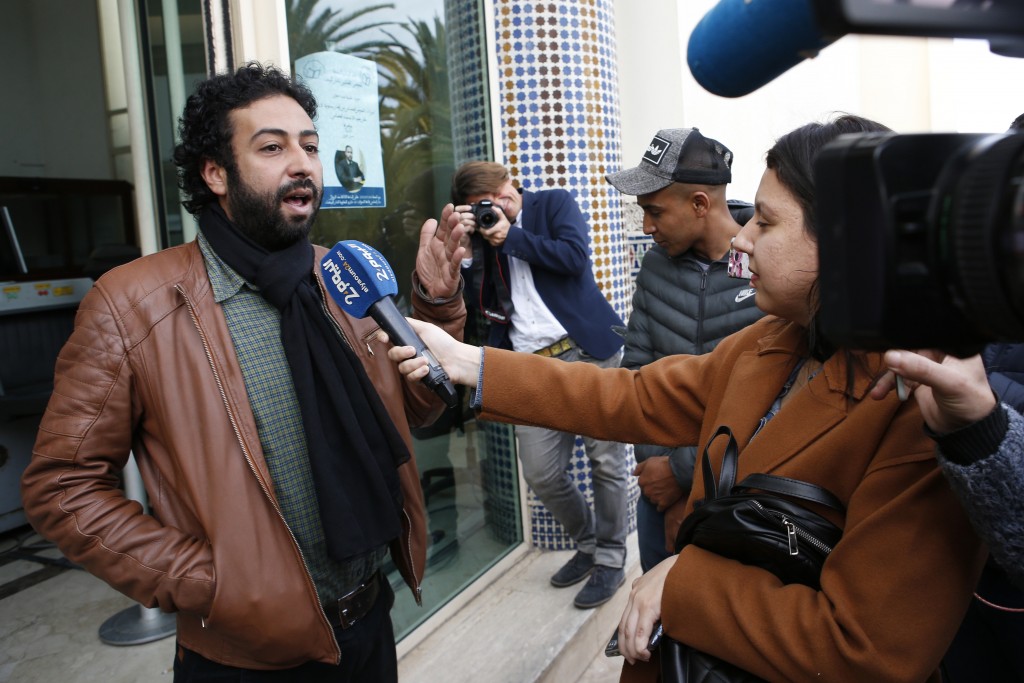 RABAT, Morocco (AP) — Amnesty International says sophisticated telephone surveillance software appears to have been used to spy on a journalist-activist in Morocco, in a continuing crackdown on dissent in the North African kingdom.

In a report Monday, Amnesty said forensic analysis it carried out on the mobile phone of Omar Radi indicated that his communications were monitored from January 2019 using technology developed by Israeli hacker-for-hire company NSO Group.

Radi gained prominence last year after he was arrested for a tweet that defended anti-government protesters.

Radi was subsequently put on trial in March this year, accused of insulting a judge with his tweet that slammed prison sentences handed down to protest leaders. Radi was handed a four-month suspended jail sentence and a $50 fine.

Radi was also part of Arab Spring demonstrations in Morocco in 2011 that protested corruption, abuse of power and limits on free speech, and he has since continued to defend human rights.

Amnesty said the surveillance methods it believes were used to spy on Radi’s phone “require either physical proximity to the targets or leverage over mobile operators in the country which only a government could authorize."

“Because of this, and the continued targeting of Moroccan human rights defenders, we believe Moroccan authorities to be responsible," Amnesty said.

A government spokesman and the government’s center that monitors IT attacks did not immediately respond to requests for comment.

Amnesty's report said NSO Group “tools are being used in support of Moroccan government’s efforts to persecute people for free expression and clamp down on dissent.”

NSO responded with a statement that said "we take any claim of misuse seriously."

“We shall immediately review the information provided and initiate an investigation if warranted," it said.