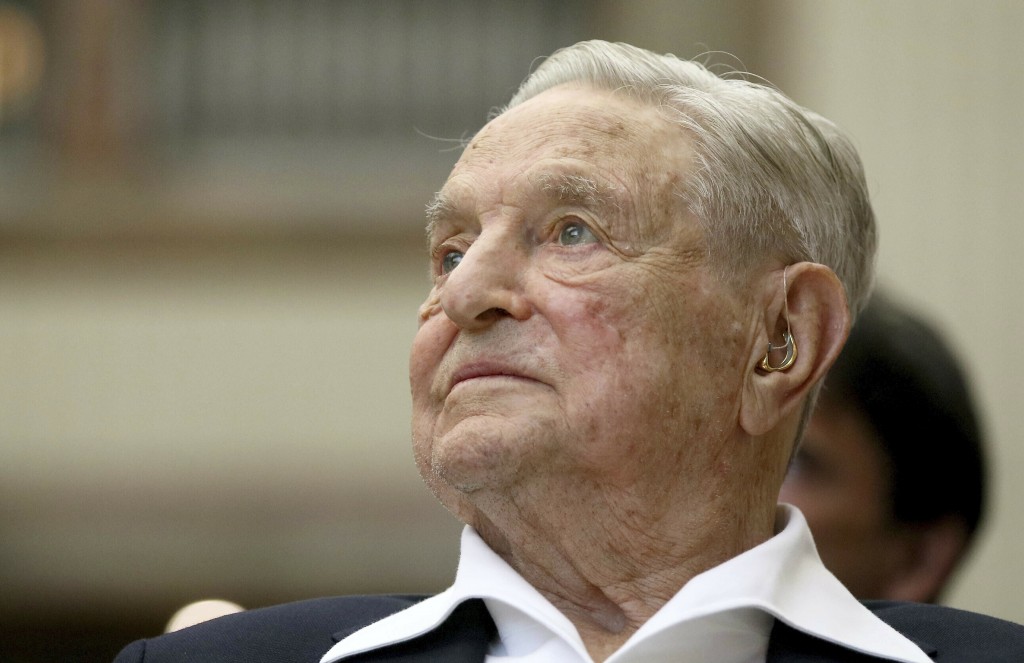 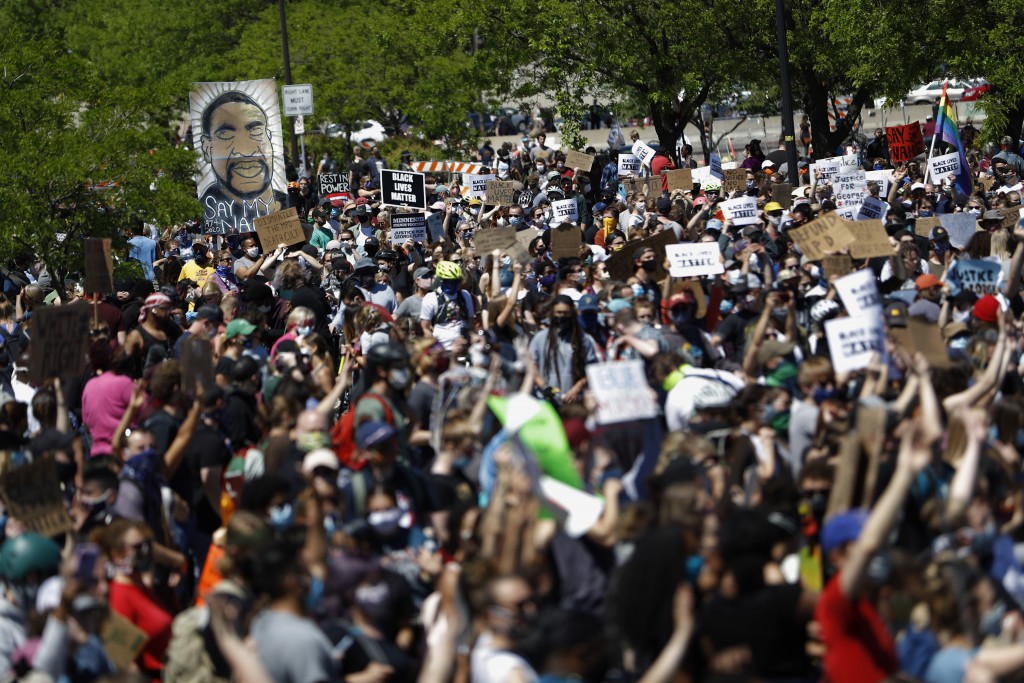 They say he hires protesters and rents buses to transport them. Some say he has people stash piles of bricks to be hurled into glass storefronts or at police.

George Soros, the billionaire investor and philanthropist who has long been a target of conspiracy theories, is now being falsely accused of orchestrating and funding the protests over police killings of Black people that have roiled the United States. Amplified by a growing number of people on the far right, including some Republican leaders, online posts about Soros have skyrocketed in recent weeks.

They have been accompanied by online ads bought by conservative groups that call on authorities to “investigate George Soros for funding domestic terrorism and his decades-long corruption.”

Soros, 89, has donated billions of dollars of his personal wealth to liberal and anti-authoritarian causes around the world, making him a favored target among many on the right. The Hungarian-American, who is Jewish, has also been the subject of anti-Semitic attacks and conspiracy theories for decades.

Such hoaxes can now travel farther and faster with social media.

Over just four days in late May, negative Twitter posts about Soros spiked from about 20,000 a day to more than 500,000 a day, according to an analysis by the Anti-Defamation League.

The Institute for Strategic Dialogue, a London think tank focused on extremism and polarization, found an even more pronounced jump on Facebook, where there were 68,746 mentions of Soros in May. The previous record of 38,326 Soros mentions was in October 2018, when angry posts alleged he was helping migrant caravans headed to the U.S.

The new wave began as nationwide demonstrations emerged over George Floyd's death at the hands of Minneapolis police. Some insist Soros financed the protests, while others say he colluded with police to fake Floyd's death last month. But all available evidence suggests the protests are what they seem: gatherings of thousands of Americans upset about police brutality and racial injustice.

“I think partly it’s an attempt to distract from the real matters at hand — the pandemic, the protests or the Black Lives Matter movement,” Laura Silber, chief communications officer for Soros’ philanthropic Open Society Foundations, said of the theories. “It’s pretty demeaning to the people out there protesting when someone says they’re all paid. It’s insulting.”

A look at some of the claims:

— Soros pays protesters. No evidence has been presented to suggest demonstrators were paid by Soros or his organizations. It’s a new take on an old hoax: past versions claimed Soros paid for a long list of other events, including the 2017 Women’s March held just after President Donald Trump's inauguration.

— Soros pays to transport protesters. Last week, a photo claiming to show two buses emblazoned with the words “Soros Riot Dance Squad” got widespread attention. The photo was cited as proof of Soros’ involvement in the protests, but it was bogus. The original photo showed two unmarked buses; someone later doctored it to add the language supposedly implicating Soros.

— Soros organizes stashing piles of bricks near protests. Several false claims involving stockpiles of bricks have been debunked, and no evidence has turned up showing they were purposefully placed.

Experts who study conspiracy theories say the new claims about Soros are a way to delegitimize the protests and the actual reasons behind them. Some see anti-Semitism, or a new spin on the age-old hoax that a shadowy cabal of rich men — whether it's the Illuminati, the Rothschilds, the Rockefellers, Bill Gates or Soros — is manipulating world events.

The theories have had real-world consequences. In 2018, amid news of caravans of migrants making their way toward the U.S.-Mexico border, online misinformation about Soros was linked to violence. Cesar Sayoc, a Florida man who was obsessed with Trump, mentioned Soros dozens of times on social media before mailing pipe bombs to newsrooms, top Democrats and Soros himself.

Despite significant scrutiny, no evidence was ever found to tie the caravan to Soros. Trump, however, helped fan the flames when asked whether Soros was involved.

“I wouldn’t be surprised. A lot of people say yes,” the president said.

Still, some Republicans have begun pushing back on false claims of Soros’ connection to the protests and those spreading the rumors. After several Republican Party chairpeople in a Texas county shared posts claiming Soros was behind the demonstrations, the state party leader called on them to resign.

Experts say conspiracy theories can become a problem when they lead to threats of violence or cause people to lose trust in important institutions. They can fade into the background only to reemerge at times of crisis.

“Conspiracy theories are like themselves viruses,” said Josh Introne, a Syracuse University information studies professor who researches conspiracy theories. “The characters may change a little, and the theory itself may mutate. But they stick around.”

Klepper reported from Providence, Rhode Island, and Hinnant from Paris.