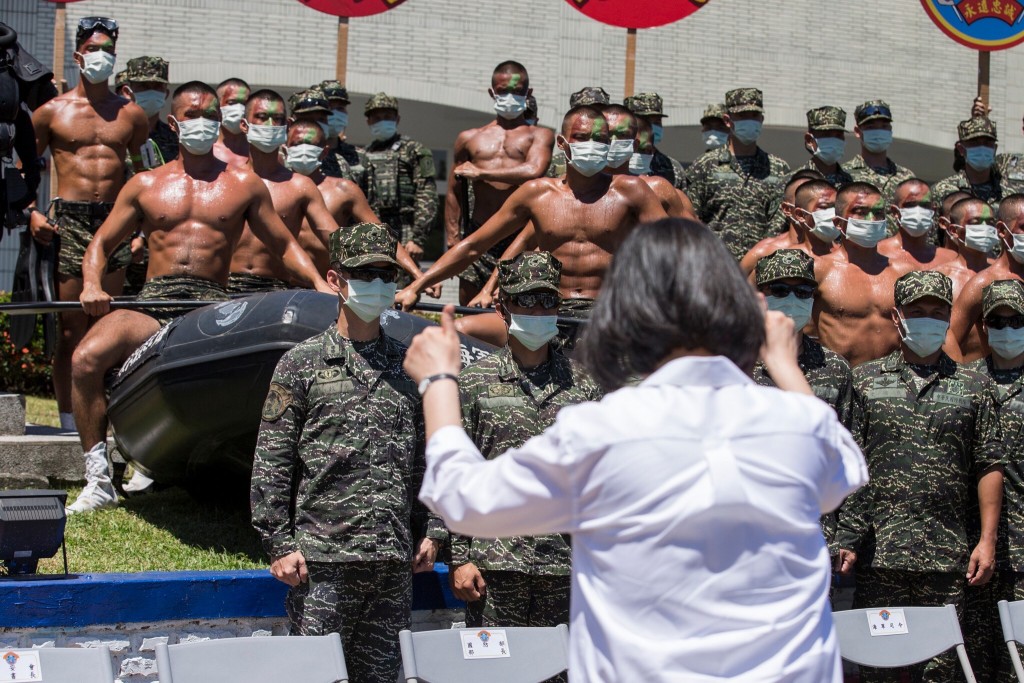 TAIPEI (Taiwan News) — On Saturday, President Tsai Ing-wen (蔡英文) posted a photo of herself greeting a contingent of Taiwan Marines fresh from intense training as they prepare to drill on the Dongsha Islands (Pratas Islands, 東沙群島).

On her Facebook page, Tsai uploaded a photo of her giving the thumbs up to a group of muscular, tanned marines dripping with sweat after an intense bout of training. In the caption, she wrote that she had visited the Air Force Survival Training Center, the Taiwan Marine Corps, and the Army Infantry School.

She wrote that despite the intense heat and scorching sun in southern Taiwan being very fierce, every officer and soldier she saw showed professionalism and discipline and maintained high morale. She said having such a solid national army to protect the country made her feel "very relieved, I believe everyone can feel at ease." On Monday, the Ministry of National Defense (MND) confirmed that Taiwan marines will be dispatched to the Dongsha Islands to carry out military exercises on the islands. The People's Liberation Army (PLA) is reportedly preparing to simulate an invasion of the islands on nearby Hainan Island in August.

On May 12, Kyodo News reported that the PLA's Southern Theater Command is allegedly planning a simulated invasion of the Dongsha Islands with Hainan island as its practice field. In response to the report, China's state-run mouthpiece the Global Times on May 13 cited "experts" as saying that the Dongsha Islands are in a "strategically important location and that the PLA has the capability of turning "any exercise into action if Taiwan secessionists insist on secession."