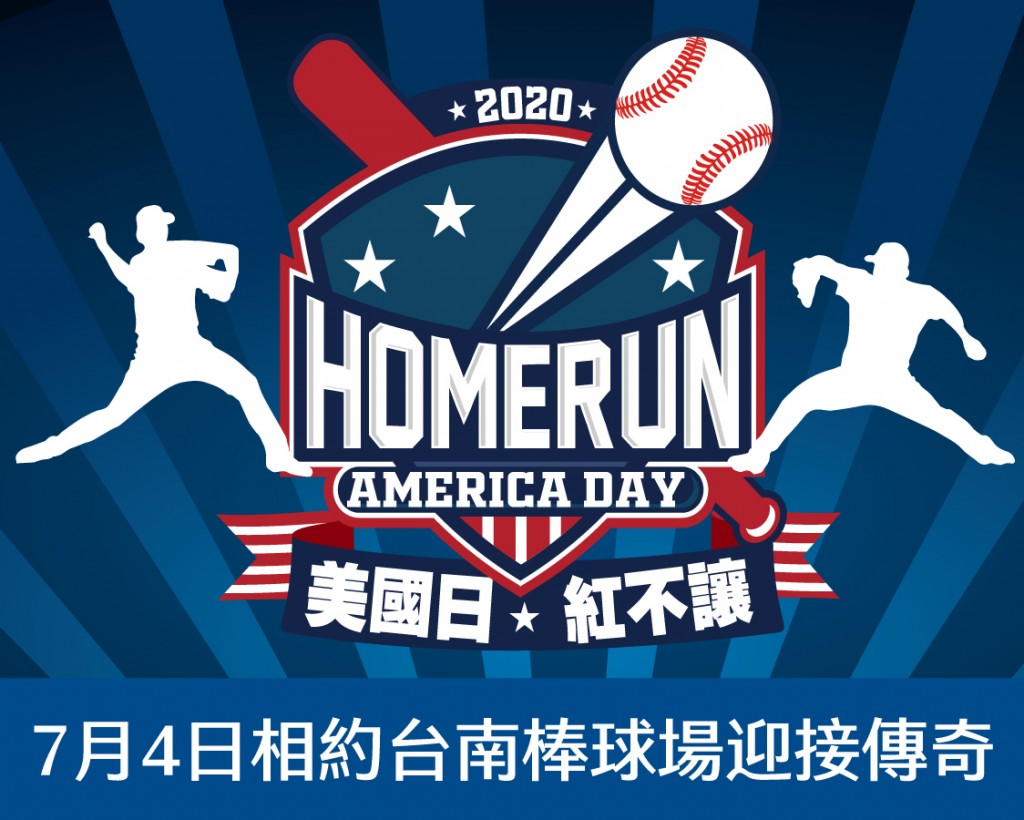 TAIPEI (Taiwan News) — The American Institute in Taiwan (AIT) announced on Facebook Tuesday (June 23) morning that it will hold an event during a baseball game between the Uni-President Lions and the China Trust Brothers on July 4 at the Tainan Municipal Baseball Stadium.

To celebrate the 244th anniversary of America's independence, AIT is organizing an event called "America Day Homerun." Not only do the two countries share many values, the representative office wrote, but "our shared love of baseball has formed a bond that connects people in the U.S. and Taiwan."

The office added that since baseball was invented in the U.S. in the 19th century, it has been loved by fans around the world, and Taiwan has cultivated many passionate players and enthusiastic fans.

AIT pointed out that all professional sports events in the U.S. were halted due to the coronavirus pandemic this year. Fortunately, the "Taiwan Model" epidemic prevention has been successful and the Chinese Professional Baseball League is one of the very few professional baseball leagues in the world that is in operation during this difficult time, the office said.

AIT also announced that in the next two weeks, it will share many details of the U.S.-Taiwan baseball story and the America Day Homerun event on Facebook and Instagram.