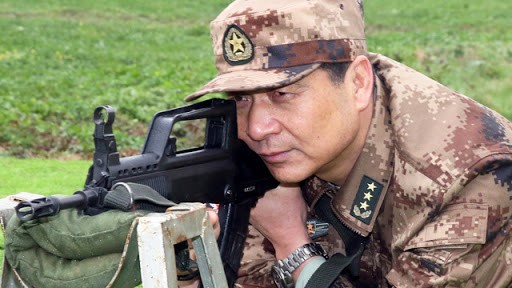 On Monday U.S. News & World Report cited a U.S. intelligence source as saying that General Zhao Zongqi (趙宗岐), head of the Western Theater Command of the People's Liberation Army, ordered the deadly ambush on Indian soldiers in the Galvan River valley in the contested Ladakh region. During Zhao's tenure, his forces have engaged in a number of clashes with Indian troops, with the latest incident allegedly intended to be a way to "teach India a lesson," according to the source.

The account contradicts the narrative presented in China's state-run media mouthpieces that the incident had suddenly and unexpectedly occurred as tensions rose on the border. Instead, it appears that the attack was designed to intimidate India and stoke nationalist sentiment domestically.

However, the fatal clash appears to have had the opposite of the desired effect, with nationlism within India and animosity towards China reaching a fever pitch. The immediate outcome of the melee was also less than ideal from the Chinese point of view in terms of casualties, with the latest estimates showing the Indian side suffering 20 dead and the PLA seeing at least 35 slain, including a commanding officer.

The Chinese Communist Party (CCP) has since had to enter damage control mode, deleting the incident from state-run media pages and social media sites. Meanwhile, Indians have taken to the streets calling for a boycott of goods, putting China's coveted share of India's smartphone market and 5G rollout in jeopardy.

The news site quoted the intelligence official as saying "It does the very opposite of what China wanted" and that it was "not a victory for China's military." It was, however, a boon for relations between Taiwan and India, with hashtags such as #TaiwanStandsWithIndia and a meme showing Rama slaying a dragon trending on social media.