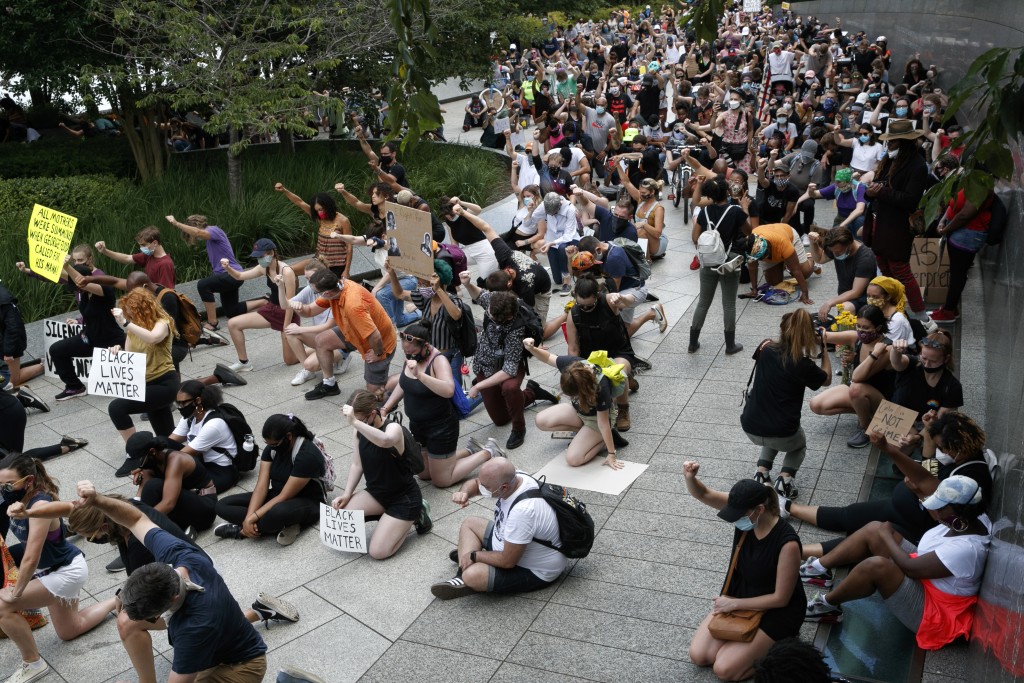 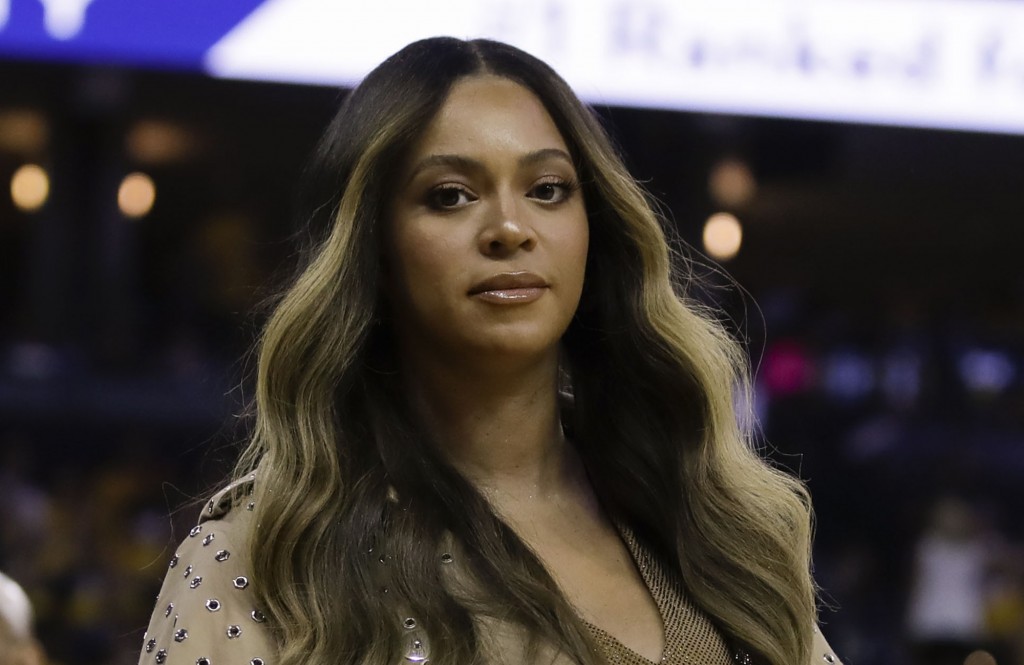 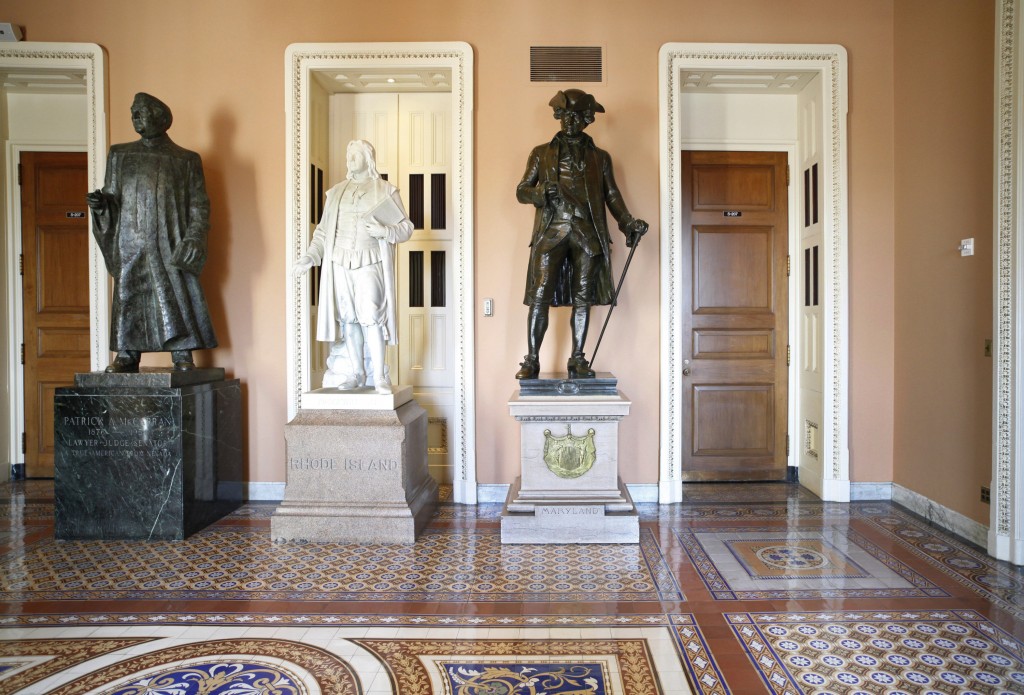 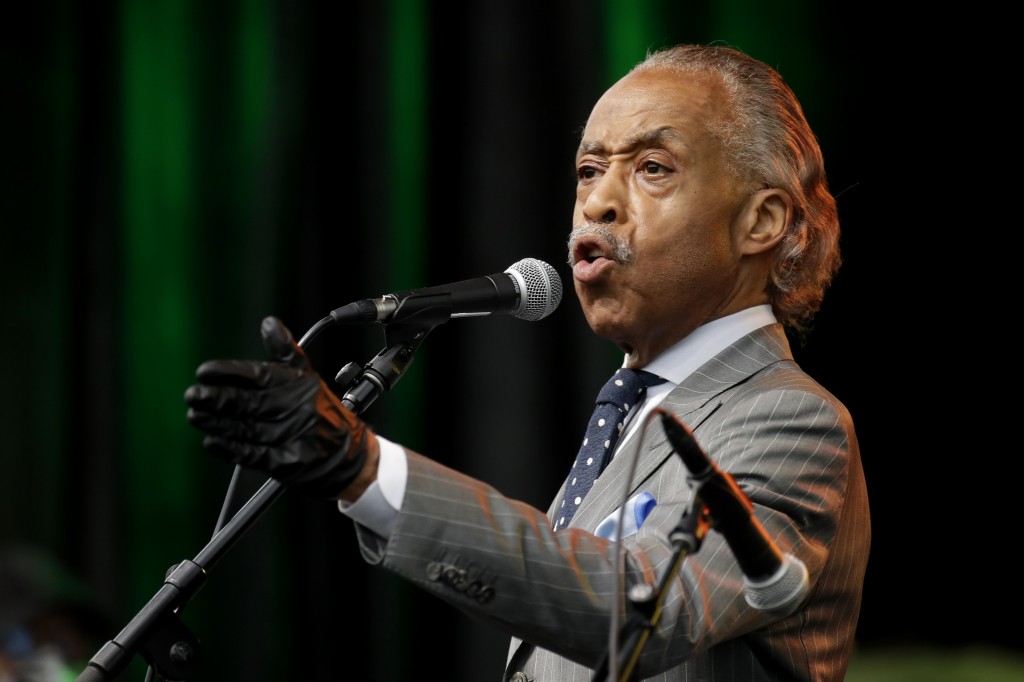 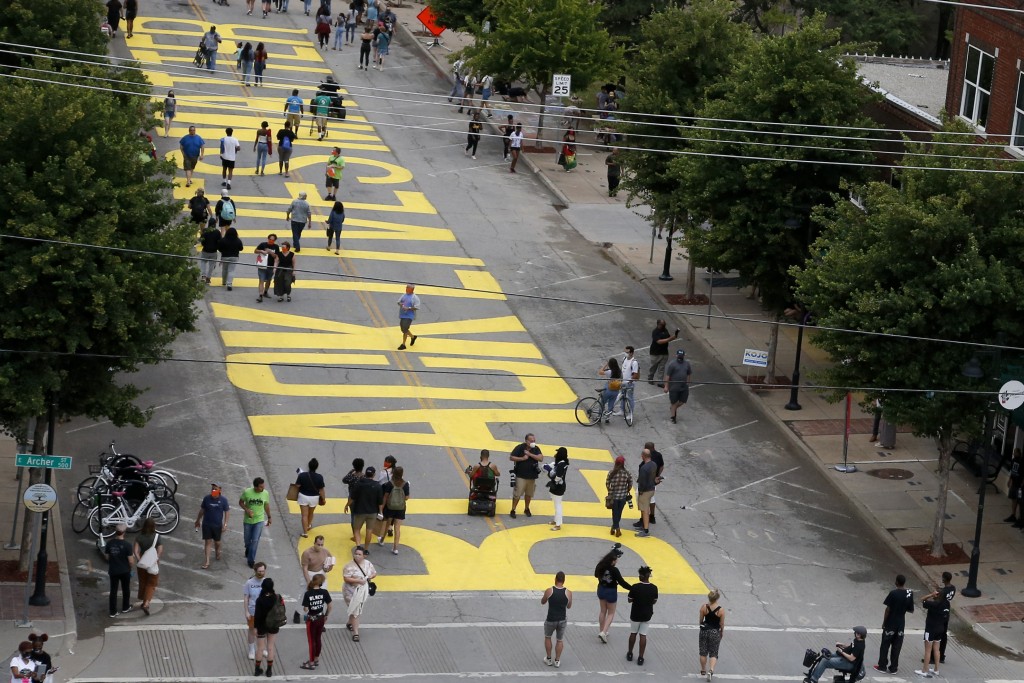 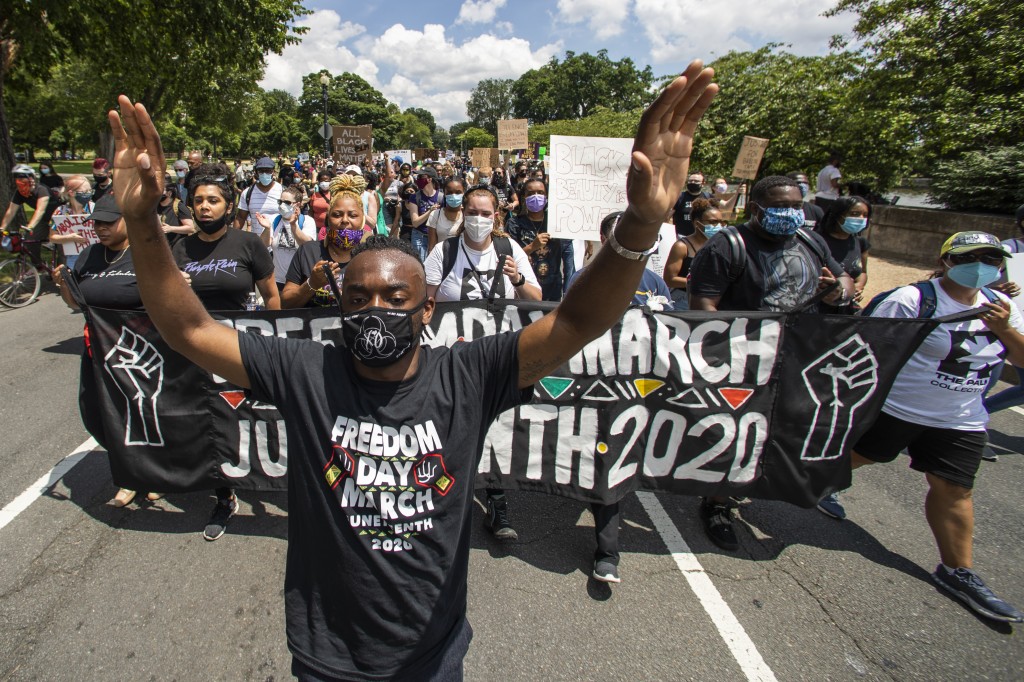 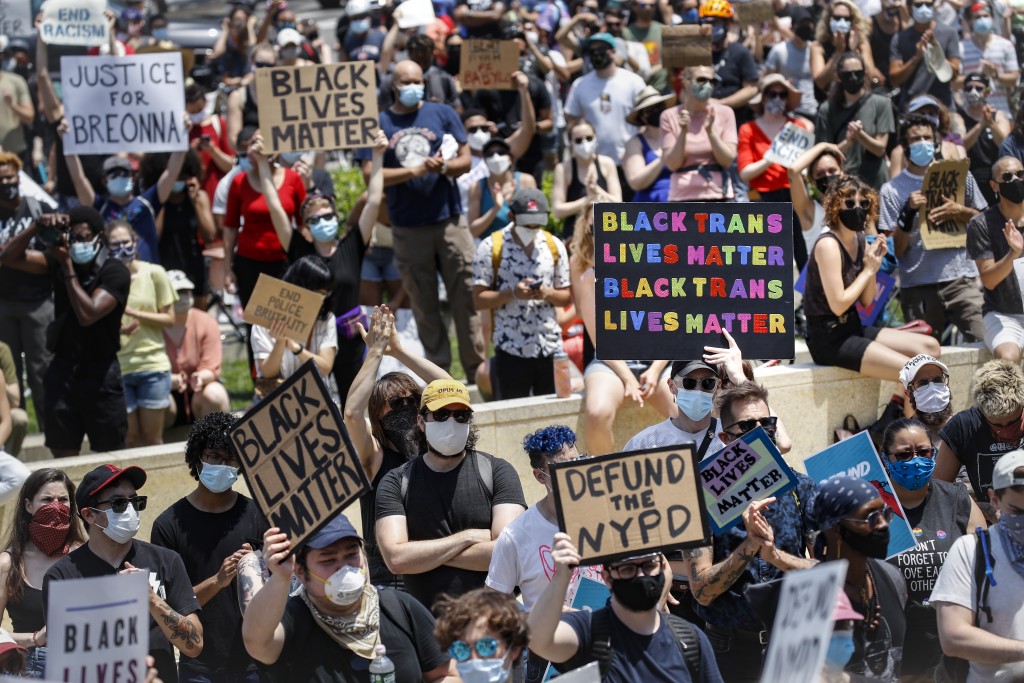 WASHINGTON — Protesters have toppled the only statue of a Confederate general in the nation’s capital and set it on fire.

It comes on Juneteenth, the day marking the end of slavery in the United States, amid continuing anti-racism demonstrations following the killing of George Floyd in Minneapolis.

Cheering demonstrators jumped up and down as the 11-foot (3.4-meter) statue of Albert Pike — wrapped with chains — wobbled on its high granite pedestal before falling backward, landing in a pile of dust. Protesters then set a bonfire and stood around it in a circle as the statue burned, chanting, “No justice, no peace!” and “No racist police!”

Eyewitness accounts and videos posted on social media indicated that police were on the scene, but didn’t intervene.

President Donald Trump quickly tweeted about the toppling, calling out D.C. Mayor Muriel Bowser and writing: “The DC police are not doing their job as they watched a statue be ripped down and burn.” After the statue fell, most protesters returned peacefully to Lafayette Park near the White House.

LOS ANGELES — Beyoncé did not let Juneteenth pass without dropping one of her signature surprises in the form a new single called “Black Parade.”

The singer’s website says the song released late Friday will benefit Black-owned small businesses. She opens the track by singing, “I’m going back to the South, I’m going back where my roots ain’t watered down.”

Juneteenth commemorates when the last enslaved African Americans learned they were free. Typically a day of both joy and pain, the holiday was marked with new urgency this year, amid weekslong protests over police brutality and racism sparked by the May 25 death of George Floyd, a Black man, at the hands of Minneapolis police.

Beyoncé has spoken out against the killing of Floyd and has also called for charges against the Kentucky officers involved in the death of Breonna Taylor, a Black woman gunned down in March by officers who burst into her own home.

In an Instagram post announcing the release of “Black Parade,” the singer wrote, “I hope we continue to share joy and celebrate each other, even in the midst of struggle.”

LAS VEGAS — Democratic members of Nevada’s congressional delegation are renewing a proposal to remove a statue of former Nevada Sen. Patrick McCarran from the U.S. Capitol’s Statuary Hall, saying that he left a “legacy of racism, anti-Semitism, and xenophobia.”

Sens. Jacky Rosen and Catherine Cortez Masto and Reps. Steven Horsford, Dina Titus and Susie Lee made the request in a letter to Gov. Steve Sisolak and legislative leaders.

The letter says McCarran supported workers’ rights and helped shape the air travel industry, but that his statue should be replaced with one of a person who better represents Nevada’s values “as a compassionate, diverse and welcoming state.”

He referred to Trump’s tweet Friday morning of a warning about any “lowlifes” showing up against his rally Saturday.

“It’s lowlifes that shoot unarmed people, Mr. President,” Sharpton said. “You couldn’t be talking about us, because we fought for the country when it wouldn’t fight for us.”

He challenged Trump’s lasting campaign slogan. “Make America great again — give me the date that America was great for everybody,” Sharpton said.

“Greatness is when Blacks and whites and Latinos and Asians and original Americans take the streets all over this country and march against your tear gas” and threats to call out the military to squelch protests, Sharpton said. “That’s when you make America great.

“Look over here in Greenwood tonight. This is what is great tonight,” Sharpton said.

More news about the death of George Floyd at https://apnews.com/GeorgeFloyd