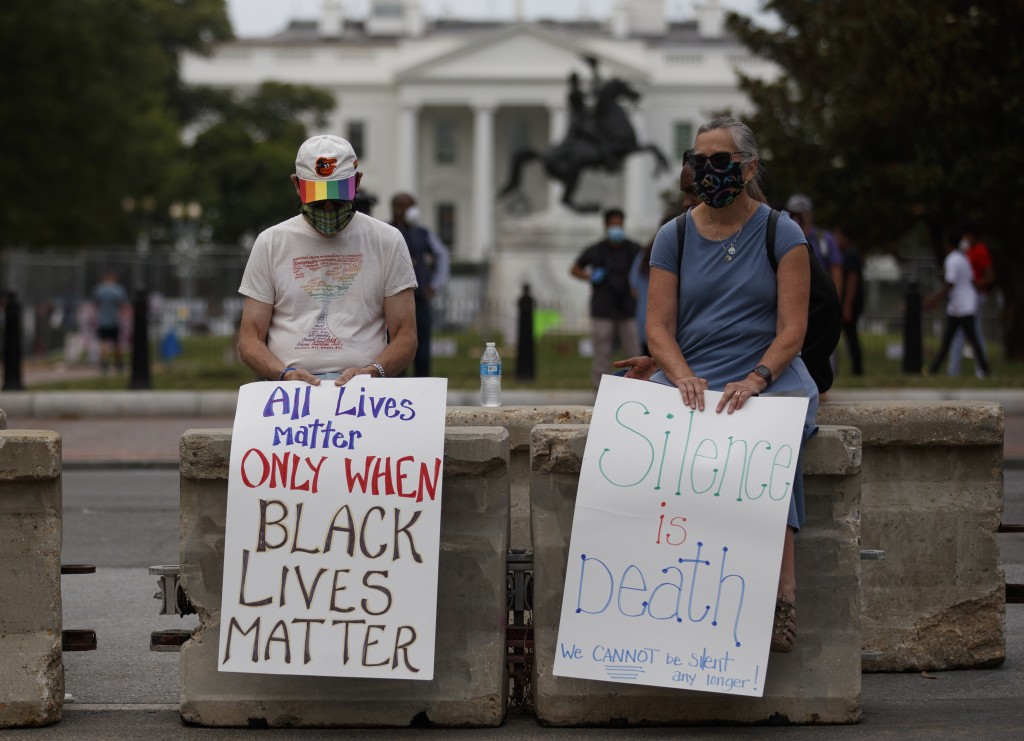 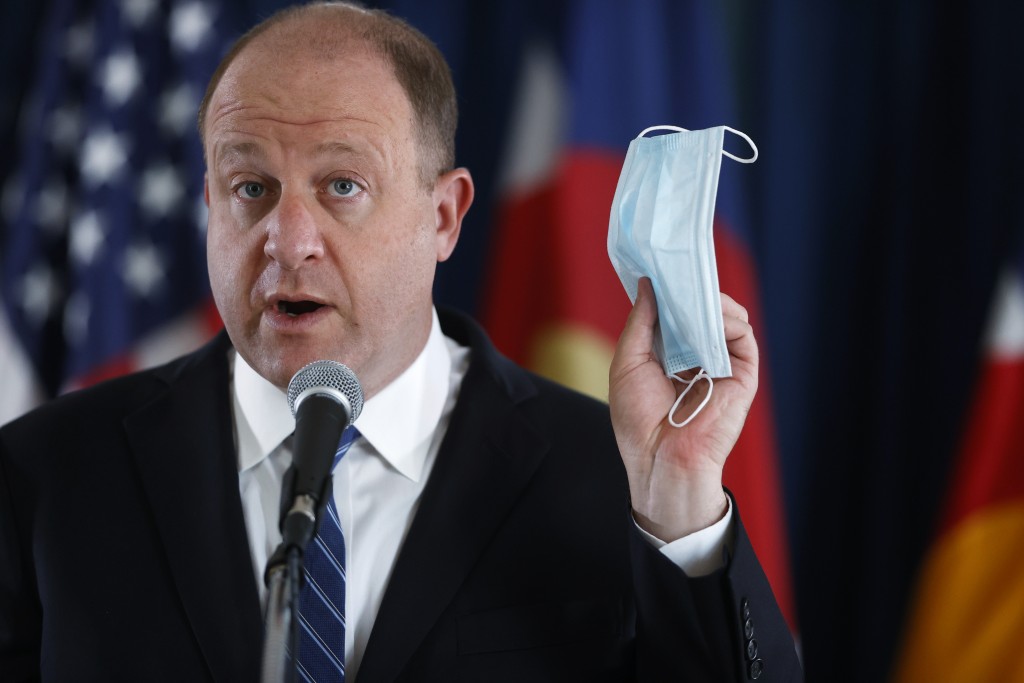 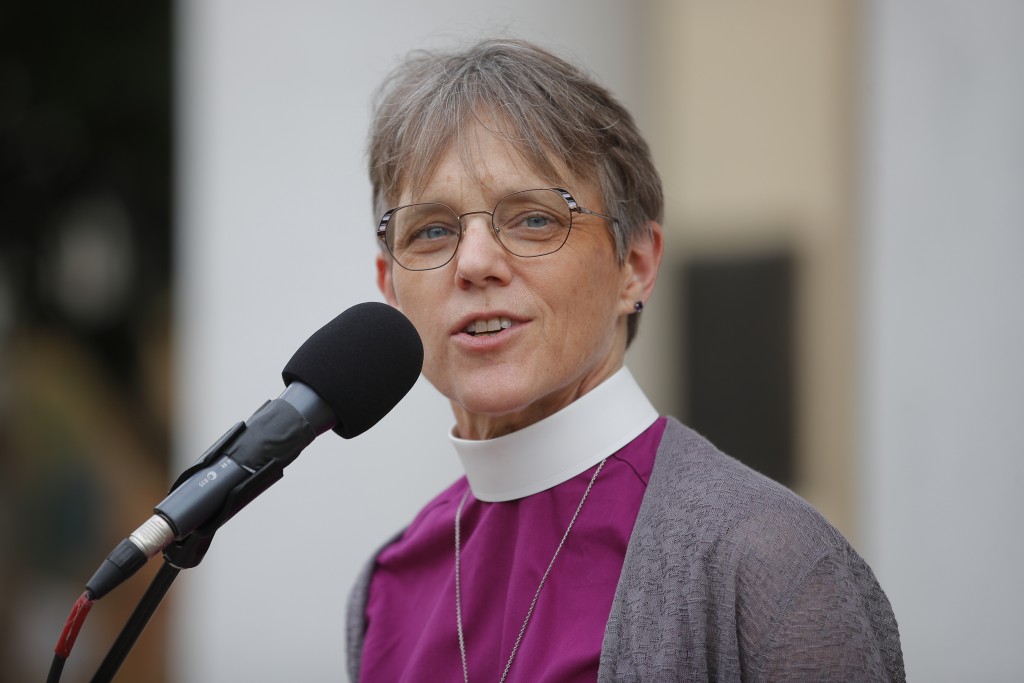 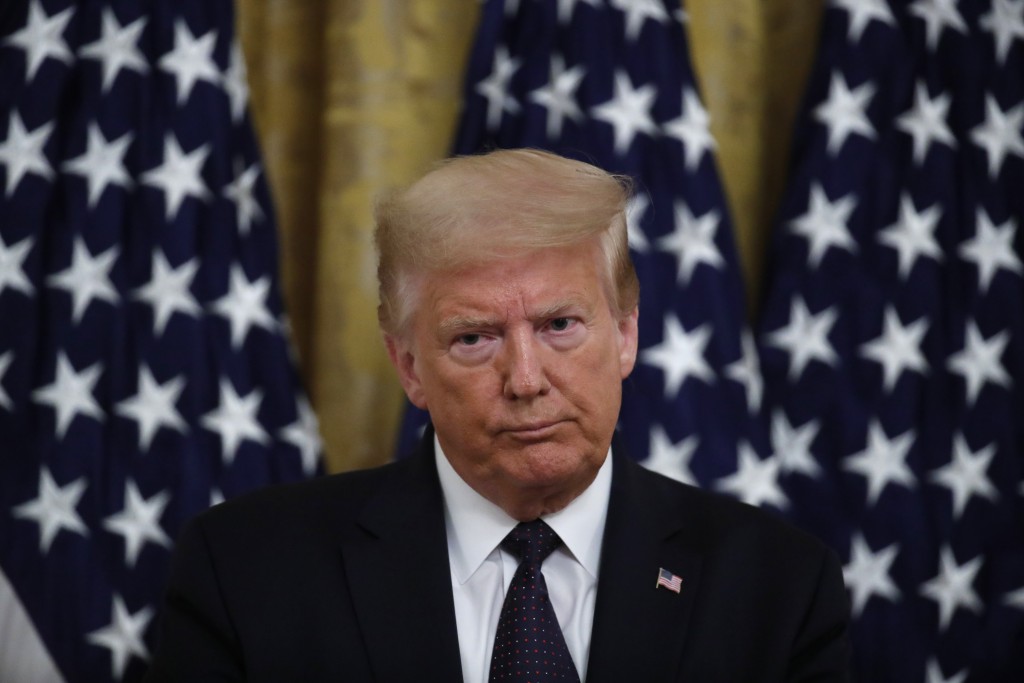 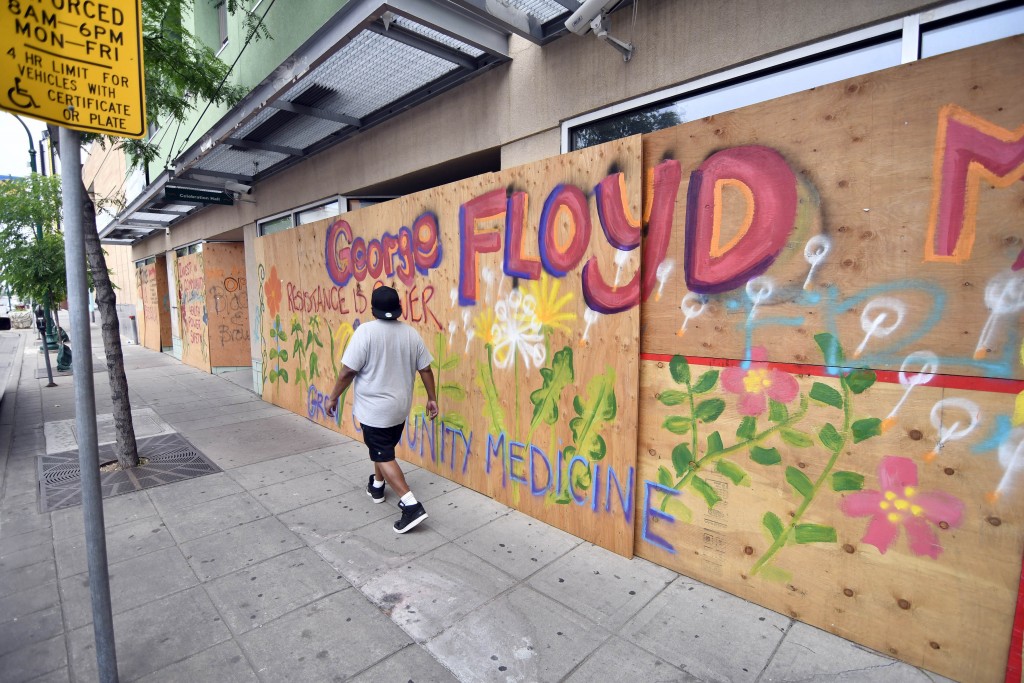 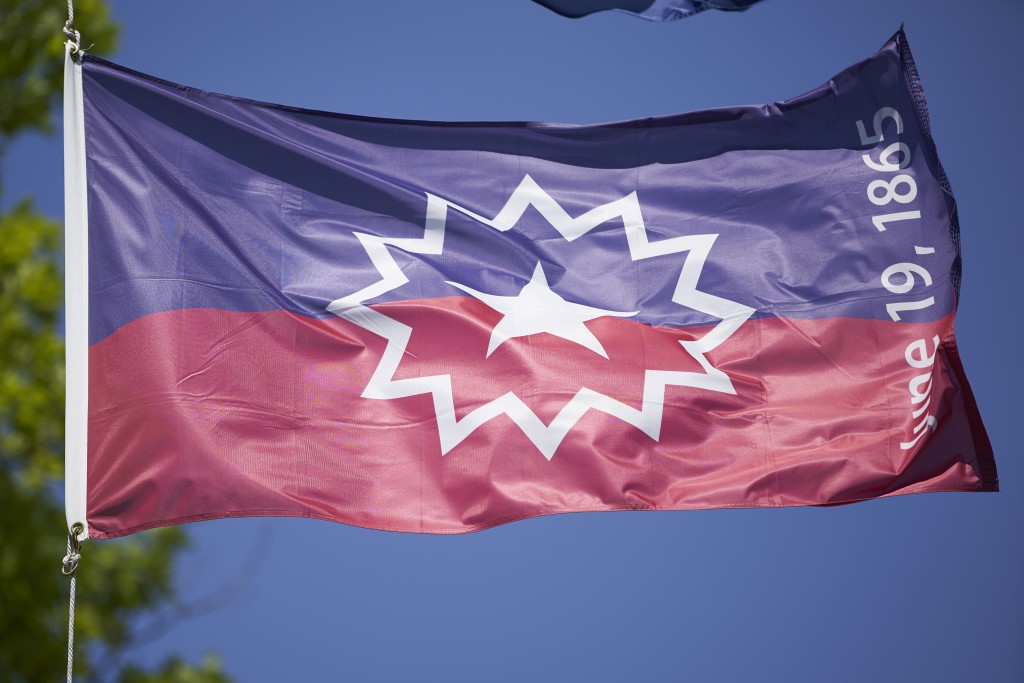 PHILADELPHIA — Although Philadelphia’s biggest Juneteenth parade and festival was canceled this year due to the coronavirus outbreak, several other celebrations popped up throughout the city on Friday as groups commemorated the date that enslaved African Americans were emancipated.

Several marches were held to mark the day and protest racial discrimination. Among them was a gathering in Philadelphia of roughly 200 people, mostly black men dressed in black T-shirts, who marched peacefully down several city streets before concluding the event at a nearby park.

Meanwhile, many community and student-led groups held picnics or hosted other events — such as food drives — to promote freedom and community unity.

Philadelphia this week joined other cities that have designated Juneteenth as an official holiday. Many other cities nationwide and some states are also considering similar action.

President Abraham Lincoln first issued the Emancipation Proclamation declaring all slaves free in Confederate territory on Sept. 22, 1862, but the news took time to travel. June 19, 1865, is the date when word of the proclamation reached African Americans in Texas.

MEMPHIS, Tenn. — The police department in Memphis, Tennessee, has decided to stop using “no knock” warrants in the wake of the fatal shooting of a black Kentucky woman who was fatally shot by narcotics detectives who burst into her home.

Memphis police spokeswoman Karen Rudolph said the move to eliminate no-knock warrants had been a source of discussion since the death of 26-year-old Breonna Taylor, who was killed in March after police detectives smashed through her front door while serving a drug warrant in Louisville.

The change in Memphis was announced during a meeting this week with local activists seeking changes to policies related to use of force by police, Rudolph said Friday.

No-knock search warrants allow officers to enter a home without announcing their presence, often in drug cases to prevent suspects from getting rid of a stash.

Memphis has also updated its policy related to officers’ duties when they see improper conduct by a colleague.

A previous policy called for officers to merely report policy violations and improper conduct to the department. The policy was recently modified to order officers to “take reasonable action to intervene” if dangerous or criminal conduct, or abuse of a subject, is observed.

Democratic Mayor Jorge Elorza announced ahead of the protests that he’d signed an executive order striking the word from the “State of Rhode Island and Providence Plantations,” the state’s official name since it declared statehood in 1790.

“Though this does not correct generations of pain and violence against our Black and Indigenous residents, this Juneteenth we can take this step to build a better, brighter future together,” Elorza said in a written statement.

The reference to “Providence Plantations” is not a direct reference to slavery, but “serves as a hurtful reminder” of how the state benefited from the slave trade in its early years, City Council President Sabina Matos said in a written statement in support of the move.

Activists have renewed the push to nix the plantation reference from the state name in the wake of the killing of George Floyd by Minneapolis police in May. Voters in 2010 strongly rejected a ballot referendum to shorten the state’s official name to simply “Rhode Island.”

ORLANDO, Fla. — A civil rights lawyer said he’s filing suit against a Florida police department in the death of a 36-year-old white man who collapsed with an officer’s knee on his neck.

Timothy Coffman died four days after four South Daytona police officers struggled to control him during an arrest in July 2018, attorney Benjamin Crump said Thursday at a news conference where he appeared with Coffman’s mother.

“It was the knee of the South Daytona Police Department that killed Timothy Coffman,” said Crump, who also represents George Floyd’s family. “Like George Floyd, Timothy Coffman has a police officer’s knee on his back until he lost consciousness.”

Coffman was violent as officers tried to subdue him, according to body cam video. His autopsy listed the cause of death as “complications of methamphetamine toxicity” and the contributory condition as “physical restraint.” The toxicology report also listed amphetamines, morphine, fentanyl and norfentanyl in his system.

No charges were filed against the officers. A prosecutor’s review found “no further action is warranted.” Crump now wants the Florida Department of Law Enforcement to investigate.

DENVER — Colorado Gov. Jared Polis has signed into law a broad police accountability bill passed amid protests over the death of George Floyd.

The Democratic governor signed the measure on Friday. The new law gets rid of the qualified immunity defense that protects police officers from lawsuits and allows them to be sued for misconduct. It bans chokeholds and limits other uses of force.

It also requires all local and Colorado State Patrol officers who have contact with the public to be equipped with body cameras by July 1, 2023. Unedited camera footage must be released to the public within 21 days of misconduct complaints being filed.

It was painted by 16 different artists — one for each letter — on the street in front of the Dr. Carter G. Woodson African American Museum, in the city’s historic black neighborhood.

Plum Howlett, a tattoo artist and the muralist who decorated the letter T, inspired by Colin Kapernick, said, “We know our lives matter. You don’t have to tell us that. We’re trying to tell the world that. The world doesn’t get to see this part of St. Petersburg.”

A community celebration of the mural was cancelled due to a surge in coronavirus cases in the county, but still, around a hundred people gathered for the event. As a man played violin, the names of people who died at the hands of police were read aloud. Community members, each with a yellow or red rose in hand, walked to a vase and placed the flowers inside. Several speakers followed, and most mentioned the death George Floyd, the recent protests for racial justice, and hundreds of years of inequality for black people in America.

PORTLAND, Ore. — Protesters who took to the streets in Portland, Oregon, for the 22nd consecutive night Thursday tore down a statue of George Washington that was erected in the 1920s.

The demonstrators placed a sticker on the head of the statue that read “You are on Native land” and also spray-painted the statue’s pedestal.

The Portland Police Bureau said Friday that a smaller group split from several hundred peaceful protesters late Thursday and threw hot dogs at police and cut a fence surrounding the Justice Center, which has been a flashpoint in the nightly demonstrations over the killing of George Floyd.

Another group set a fire around the Washington statue before tearing it down. No one was arrested.

Earlier in the week, protesters at the University of Oregon in Eugene vandalized two statues representing white pioneers.

NEW ORLEANS — Community and environmental groups have won court approval for a Juneteenth ceremony at a Louisiana site archaeologists have described as probably a cemetery for enslaved African Americans when the land was a plantation.

A state appeals court rejected an appeal by the local Formosa Plastics Group member that is building a $9.4 billion chemical complex there.

FG LA LLC, which is building the plant, will not go to the state Supreme Court, spokesman Jim Harris said Friday.

“We will be prepared with water and masks, if they need them, and will do everything we can to make their celebration successful and comfortable,” he said.

Commissioner William Gross says the meeting Thursday at police headquarters was an “opportunity to educate” the head of the Department of Justice about police training, community relations and the need for national changes.

Barr’s office tweeted a picture of Barr and Gross together, smiling, and thanked the commissioner for his “wonderful hospitality and invaluable insight and advice.” The caption says it’s the first time a sitting U.S. attorney general had visited the department.

Mayor Marty Walsh, a Democrat, tweeted Barr and President Donald Trump’s administration “do not share Boston’s values or my values” and the “general lack of respect for people and their rights are a danger to our city and the future of our country.”

The mayor has proposed cutting $12 million from the police budget to use for social service programs.

Gross defended the meeting on Thursday: “You never, ever run and hide from a conversation. I spoke for the people in Boston today to a top official in D.C. that I thought needed to hear the message from a black man -- from a proud police commissioner.”

The proclamation doesn’t make it a state-recognized holiday as it is in most other states. Ian Fury, a spokesman for the Republican governor, says only an act of the Legislature can do that.

Democratic Sen. Reynold Nesiba, of Sioux Falls, plans to propose legislation in the 2021 session to add Juneteenth to the list of state-recognized holidays.

Celebrating Juneteenth isn’t limited to people who are the descendants of freed slaves, Nesiba told the Argus Leader. The day celebrates the “inclusive values of a more perfect union” and bringing the country closer to “liberty and justice for all.”

ATLANTA — Thousands of people packed Centennial Olympic Park in downtown Atlanta for an religious rally in which speakers and attendees implored an end to racism.

An estimated 6,000 people took part in the OneRace event inside the park, while others waited outside for a planned march to the state capital a few blocks away.

More news about the death of George Floyd at https://apnews.com/GeorgeFloyd