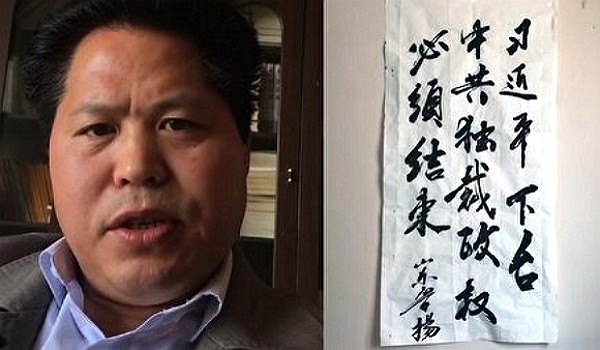 According to his wife, Zhang was detained by authorities in the eastern Chinese province of Shandong on May 13 and was officially charged last Friday (June 19), joining countless dissidents of the Chinese Communist Party (CCP) criminalized for violating its speech restrictions. The East Asian nation's civil rights lawyer Xu Zhiyong (許志永) was also arrested for the same charge Monday (June 22) after criticizing Xi's leadership in an essay published in February.

Zhang's wife said she believed the reason for her husband's arrest was a video he uploaded to Weibo prior to his detention. In the video, Zhang emphasized that "Xi must step down, and the ruling of Chinese Communist Party (CCP) must be terminated," adding that "an evil autocratic regime" that disallows justice, democracy, and freedom should be overthrown, reported Liberty Times.

In response to Zhang's video, Chinese freelance journalist Yang Zili (楊子立) told VOA that Zhang must have known the consequences for releasing such a message and was willing to accept his punishment. Yang said the video closely reflected the mentality of an intellectual.

According to Radio Taiwan International, Zhang was born in Shandong in 1971 and taught at Liaocheng Foreign Language School for several years. He is also a member of the Independent Chinese PEN Center (ICPC), who has demanded the immediate release of the outspoken poet and other individuals charged for "speech crimes."