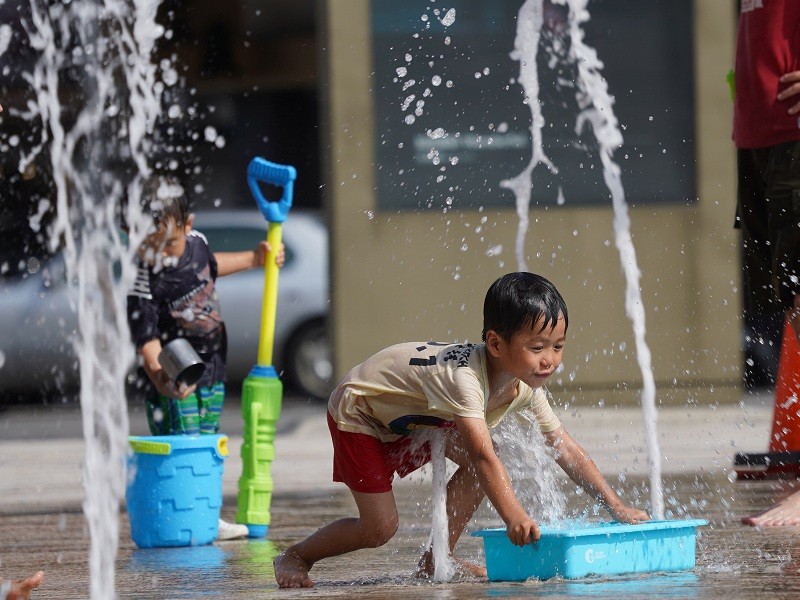 A stationary front has been hovering near Taiwan's northern waters today, causing parts of the mountainous areas and adjacent flat areas to see small-scale thunderstorms, Wu said, adding that apart from minor storms, Taiwan's weather will continue to be sunny and hot.

The meteorologist said that the heatwave will not change much from June 23 to 28, with highs of 36 and 37 degrees Celsius across the nation and even 38 degrees in some special geological environments, such as rift valleys. Wu reminded the public to pay attention to sunburn and heatstroke prevention.

However, moisture will begin to gradually increase starting Tuesday, causing the possibility of occasional morning showers for southwestern Taiwan's coastal area and a rise in daily sporadic afternoon showers or thunderstorms for Taiwan's mountainous areas, Wu said. Beginning Thursday, some plains adjacent to mountains will have a greater chance of seeing convective afternoon rainfall.