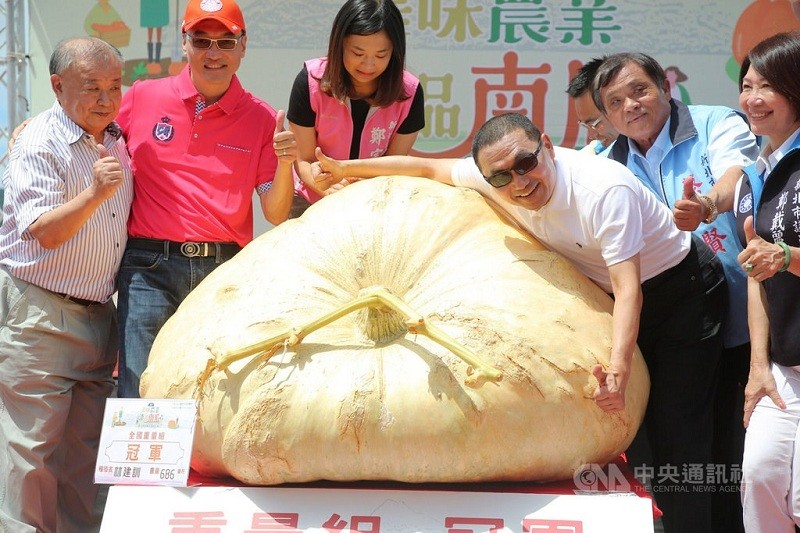 A 411.6-kilogram giant pumpkin, grown by a farmer from Tamsui District, won narrowly in the weight division of an annual giant pumpkin contest in New Taipei on Sunday.

Second prize went to a farmer from Taoyuan, whose pumpkin weighed only 6kg less than Lin's.

Lin told reporters that he had an even larger pumpkin he had planned to enter in the contest, but it had exploded the previous week due to heavy rains.

Heavy downpours can cause pumpkins to absorb too much water, making it more likely for them to explode, he said.

In the previous three years, the winning pumpkins in the annual competition were all over 500 kg, tipping the scales at 520.8kg, 555kg, and 541.8kg, respectively.