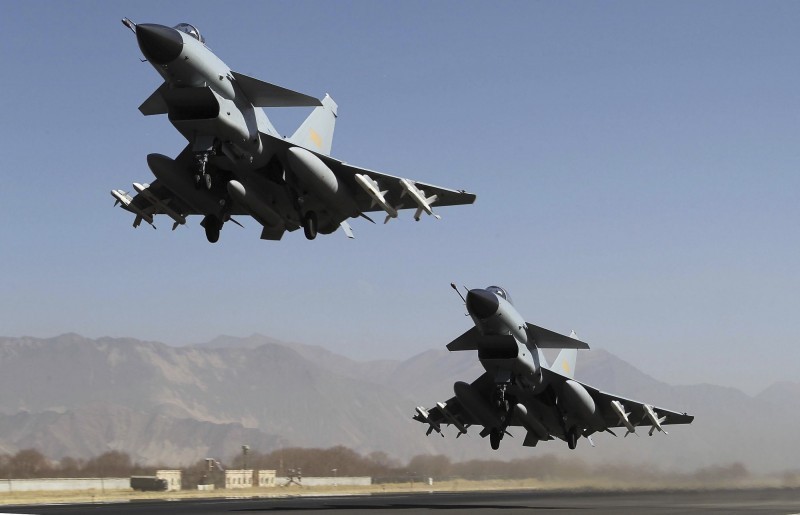 TAIPEI (Taiwan News) — For the seventh time in less than two weeks, a Chinese fighter jet approached Taiwan's airspace on Sunday (June 21) in what could be part of a new deployment in the South China Sea (SCS) or combat training originating from deep within China.

At noon on Sunday, a People’s Liberation Army Air Force (PLAAF) Chengdu J-10 was detected entering Taiwan's air defense identification zone (ADIZ), reported CNA. The Air Force responded by issuing a warning to the aircraft and dispatched an aerial reconnaissance and patrol aircraft to intercept it.

After the Taiwanese Air Force's response, the Chinese plane departed Taiwan's ADIZ. This incident marks the seventh time since June 9 that Chinese military aircraft have violated the country's ADIZ.

Liberty Times on Sunday cited Democratic Progressive Party (DPP) Legislator Tsai Shih-ying (蔡適應) as saying that the sudden spike in warplane sightings could be a sign that China has deployed the jets at a base in the SCS or that they are part of a larger group of Chinese forces engaging in combat training. Tsai said that if the latter were the case, it would make it more difficult for Taiwan to study and assess Chinese military developments and put greater pressure on Taiwan's defense.

Tsai, who has served on the legislature’s Foreign Affairs and National Defense Committee since 2016, said that the sudden uptick in the number of Chinese fighter jets buzzing Taiwan's ADIZ could be related to a new deployment of forces to the SCS. However, Tsai said that if the warplanes are part of combat training that originates from deep within China, it could be more problematic.

In the past, most of the PLAAF fighter jets that have menaced Taiwan's airspace took off from bases in southeast China, according to Tsai. However, in recent years, he said that more of the fighter planes have been taking off from bases in central China.

The legislator cautioned that if Chinese military aircraft continue to take off from different bases or even facilities beyond Taiwan's watch, it will be increasingly difficult to assess the disposition of PLAAF forces and place an additional strain on the island's defenses.

He also said that there will be risks if the Taiwanese Air Force does not respond to such sorties. However, if such missions continue, Taiwan's military will be forced to make higher-risk decisions, he added.

Therefore, Tsai called for the military to strengthen its investment in the Air Force. For example, even though Taiwan has ordered 66 F-16V fighter jets, he suggested it is worth considering whether to seek an "upgraded version" of the jets.