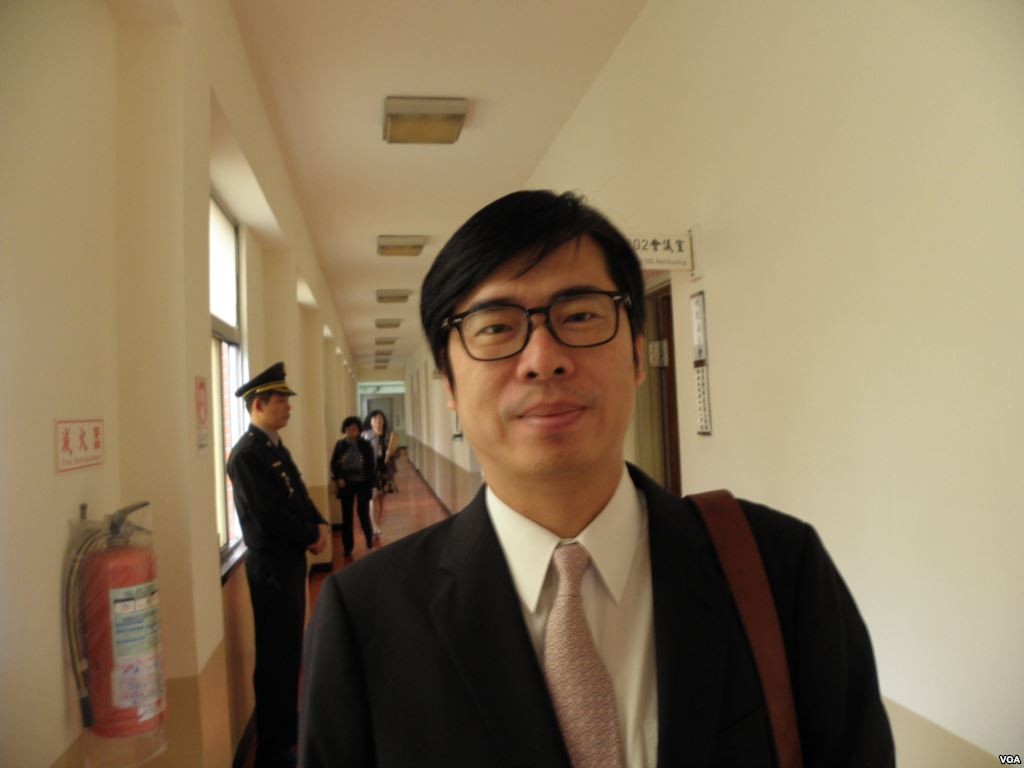 KAOHSIUNG (Taiwan News) – On Nov. 24, 2018, Chen Chi-mai (陳其邁) stood against Han Kuo-yu (韓國瑜) to be mayor of Kaohsiung, a city which had elected a DPP candidate in each of the past four elections.

Chen was a big name in local politics and a former acting mayor of the city; a natural successor to the popular former Mayor Chen Chu (陳菊).

He lost, and in humiliating fashion, securing just 44 percent of the vote and a full 150,000 votes shy of his opponent. His defeat ended 20 years of DPP governance for the city and its 33-year control over what was formerly Kaohsiung County.

There has been no shortage of analysis of the reasons for this shock defeat but there is no denying that one significant factor was Chen’s uninspiring campaign and flat personality. It simply didn’t endear him to the Kaohsiung voters.

Usually, a big election defeat will see a politician retreat into the shadows for a time to lick their wounds and give their battered reputation time to heal—but not Chen Chi-mai.

He was swiftly rewarded for his failure in Kaohsiung by being appointed the country's deputy premier. Fast-forward 18 months and he has once again been nominated as the DPP candidate for mayor of Kaohsiung.

On the face of it, Chen is the obvious candidate for the DPP to put forward. President Tsai described him as “the party's best candidate for Kaohsiung mayor.” He has strong local links, an impressive CV, and good leadership credentials.

In announcing Chen, the DPP could also be accused of making a rod for its own back. After being recalled by the people of Kaohsiung, outgoing Mayor Han Kuo-yu was quick to point the finger at the DPP for his removal, accusing it of subverting the democratic process and stealing the vote.

His claims are as baseless as the promises he made when campaigning against Chen back in 2018. However, that doesn’t mean they haven’t resonated strongly with his core voters, of which there are still many in Kaohsiung.

The DPP decision to nominate the candidate Han defeated just 18 months ago feeds into this narrative perfectly. The KMT will not hesitate to accuse the DPP of manipulating democracy to get their preferred candidate into Kaohsiung City Hall come what may.

There is also the question of what message Chen’s nomination sends to the people of Kaohsiung. They soundly rejected him as mayor just 18 months ago, yet now they are being asked to vote for him again.

It is also worth remembering that his term as acting mayor back in 2005 was cut short when he was forced to resign over a scandal involving the treatment of Thai workers, which led to riots in the streets.

With the exception of a brief reference to having made an inadequate effort to gain the support of voters in 2018, there has been little reference by Chen to his previous failings in Kaohsiung. The presumption seems to be that having been stung by Han’s catastrophic 18 months in office, the people of Kaohsiung will vote for any DPP candidate now.

However, this suggests an element of taking the people of Kaohsiung for granted.

The KMT has yet to select its candidate to take on Chen, but his early nomination gives a clear template of the type of candidate they should go for.

If the KMT picks someone with character and personality, a strong public speaker and debater, with decent local roots, they stand a good chance of out-campaigning Chen once more.

Kaohsiung’s legions of Han fans are likely to come out in their droves to vote for almost anyone. Meanwhile, Chen’s nomination is unlikely to inspire too many swing voters toward the DPP cause.

Chen’s nomination means that a by-election that should really have been the DPP’s to lose, is now far more open. If the KMT finds the right candidate, it has a decent chance of winning Kaohsiung again.

It is unlikely the DPP will change its candidate now. Nonetheless, if there is an opportunity to reflect and reconsider then it should do so.

The disaster that was Han Kuo-yu should be a wakeup call to all political parties in Taiwan. Unfortunately, it appears the DPP is still half asleep.