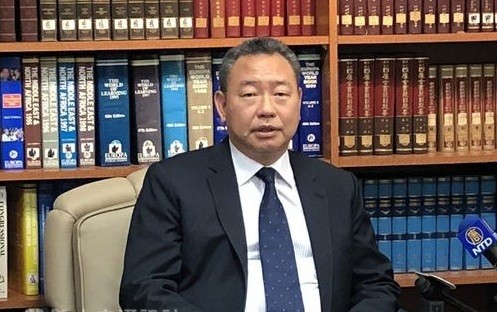 TAIPEI (Taiwan News) — Taiwan’s Ministry of Foreign Affairs (MOFA) said on Thursday (June 18) that it has arranged for 10,000 COVID-19 rapid test kits to be sent to Honduras after the Central American country’s president was diagnosed with COVID-19.

Honduras President Juan Orlando Hernandez was confirmed to have contracted the disease on Tuesday. MOFA said President Tsai Ing-wen (蔡英文) and Minister of Foreign Affairs Joseph Wu (吳釗燮) had expressed their concern for the health of the president of the Central American ally.

The ministry said Taiwan will continue to provide technical support and supplies to help the country fight the pandemic, CNA reported.

Department of Latin American and Caribbean Affairs Director-General Yui Tah-ray (俞大㵢) said at a Thursday press conference that Hernandez is receiving treatment and teleworking. His wife, Ana Garcia de Hernandez, has asymptomatic COVID-19 and has self-isolated at home.

CNA quoted Yui as saying that when news about the president testing positive for COVID-19 broke, the department was talking with Excelsior Bio-System, Inc. (EBS) about cooperating in the future. EBS promised to donate 20,000 Taiwan-made COVID-19 rapid test kits to the country's Central American and Caribbean allies, Yui said, adding the test kits can deliver results in 10 minutes with an accuracy of more than 90 percent.

Currently, there are more than 10,000 confirmed COVID-19 cases in Honduras. Also, 330 have died of the disease, per CNA.