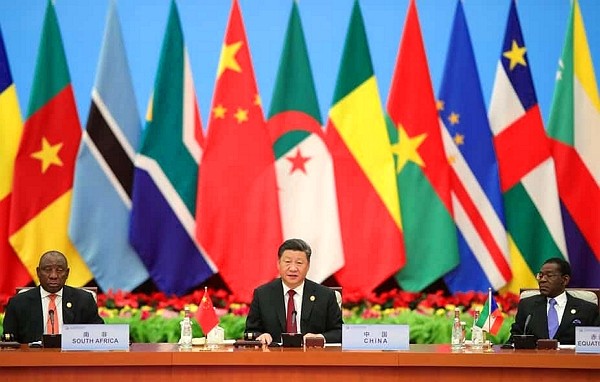 TAIPEI (Taiwan News) — Chinese General Secretary Xi Jinping (習近平) has announced China will cancel the interest-free debt of African countries that was originally due to mature by the end of 2020.

Speaking at the Extraordinary China-Africa Summit on Wednesday (June 17), Xi announced that the Chinese government would cancel the debt owed by "relevant" African nations within the Forum on China-Africa Cooperation (FOCAC) framework. He said the move is part of Beijing's efforts to relieve virus-stricken countries in financial distress.

Xi emphasized that the Chinese government would work with members of the G20 to help tide Africa over the global crisis and that the G20 should consider extending debt service suspension to hard-hit countries in other parts of the world as well. He also called on tighter cooperation between China and Africa on their response to COVID-19 as well as on innovations such as digital economy, smart cities, clean energy, and 5G, reported New Talk.

Meanwhile, the Chinese leader promised continual supplies of medical masks and epidemic prevention gear to the continent. He also pledged Beijing would ensure African countries are among the first to benefit from a COVID-19 vaccine as soon as it is approved.

According to Liberty Times, many African leaders have petitioned Beijing for debt write-offs due to the financial devastation wrought by the pandemic. China is widely regarded as Africa's largest creditor and extended loans totaling US$146 billion to African governments between 2000 and 2017.