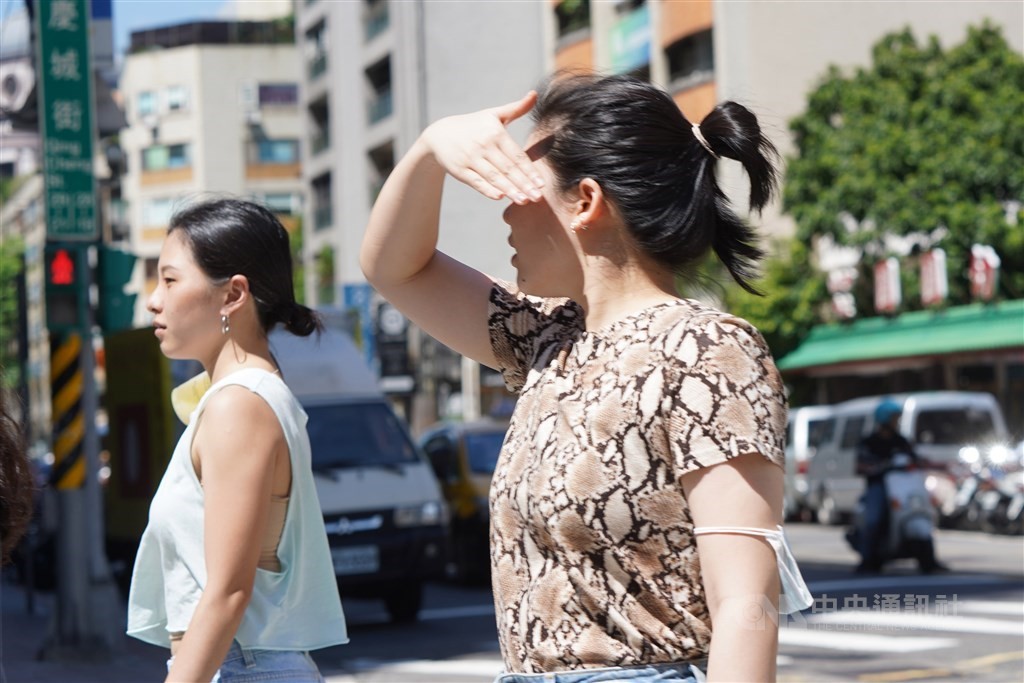 The mercury hit 37.6 degrees Celsius in Taipei on Wednesday afternoon, the highest in Taiwan's capital this year, according to the Central Weather Bureau (CWB).

The hottest temperature so far this year came after the CWB issued its second-highest orange heat alert for Taipei earlier in the day.

The bureau, meanwhile, issued its highest level red heat alert for Hualien County in eastern Taiwan, where the daytime temperature hit 38.5 degrees at around noon that day.

Under the CWB's three-level heat advisory system, a red alert is issued when the daily maximum temperature is expected to reach 38 degrees for three consecutive days.

Wednesday marks the second day in a row that the CWB has issued a red heat alert for Hualien County.

According to Hualien Tzu Chi Hospital, the heatwave has led to a surge of patients seeking medical attention after suffering from heatstroke.

One of them was a 28-year-old construction worker surnamed Lee (李), who was taken to hospital for emergency treatment after he was found unconscious by fellow workers while working on a building's rooftop in the county.

He regained consciousness following medical treatment in the ambulance, the hospital said.

Meanwhile, the soaring mercury also pushed peak electricity consumption in Taiwan to 36.16 million kilowatts on Wednesday afternoon, setting a record high this year and for any June, according to state-run Taiwan Power Co. (Taipower). The record high occurred at 1:41 p.m., it added.

According to the CWB, the weather in Taiwan is expected to remain hot until Saturday, when a weather front is forecast to arrive, bringing cloudy skies and afternoon thundershowers.