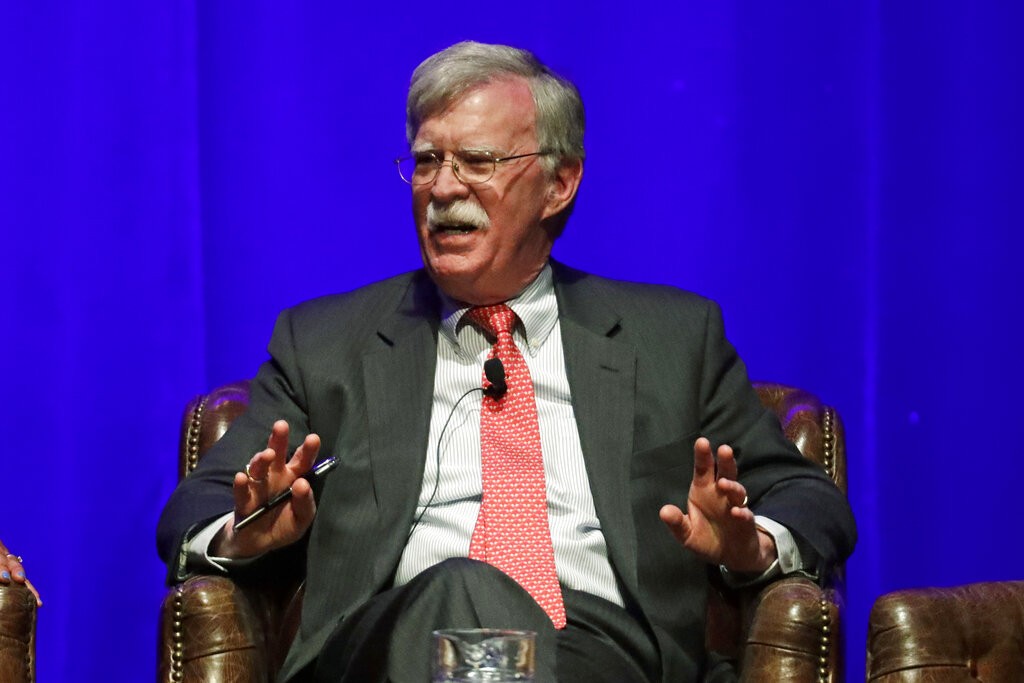 Bolton's 577-page memoir "The Room Where it Happened" is set to be released on June 23. The book was originally slated to be released in March but has been delayed due to attempts by the Trump administration to prevent it from hitting the shelves, with the Department of Justice on Wednesday evening (June 17) seeking to block its publishing with an emergency restraining order.

Among the more damning excerpts of the book, Bolton claimed that Trump thought the concentration camps in Xinjing were the "right thing to do." He also alleged that Trump sought Chinese Chairman Xi Jinping's (習近平) help in winning the upcoming election by having him buy more agricultural products from key battleground states.

Bolton wrote that Trump has blown off China's human rights abuses in Xinjiang and Hong Kong and downplayed the U.S.'s commitments to Taiwan. In a quote released by NPR, Bolton claimed Trump seemed to think very little of Taiwan: "Although it came in several variations, one of Trump's favorite comparisons was to point to the tip of one of his Sharpie [marker's] and say, 'This is Taiwan,' then point to [his desk in the Oval Office] and say, 'This is China.'"

Bolton then lamented: "So much for American commitments and obligations to another democratic ally."

The former national security advisor's accusations have disturbing implications for Taiwanese leaders as they face an increasingly aggressive China across the strait, with Chinese warplanes having entered Taiwan's ADIZ four times in the past two weeks alone. However, it should be noted that Trump has been convinced by his advisors to sign both the Taiwan Travel Act and TAIPEI Act while in office as well as the Hong Kong Human Rights and Democracy Act and Uyghur Human Rights Policy Act of 2020.