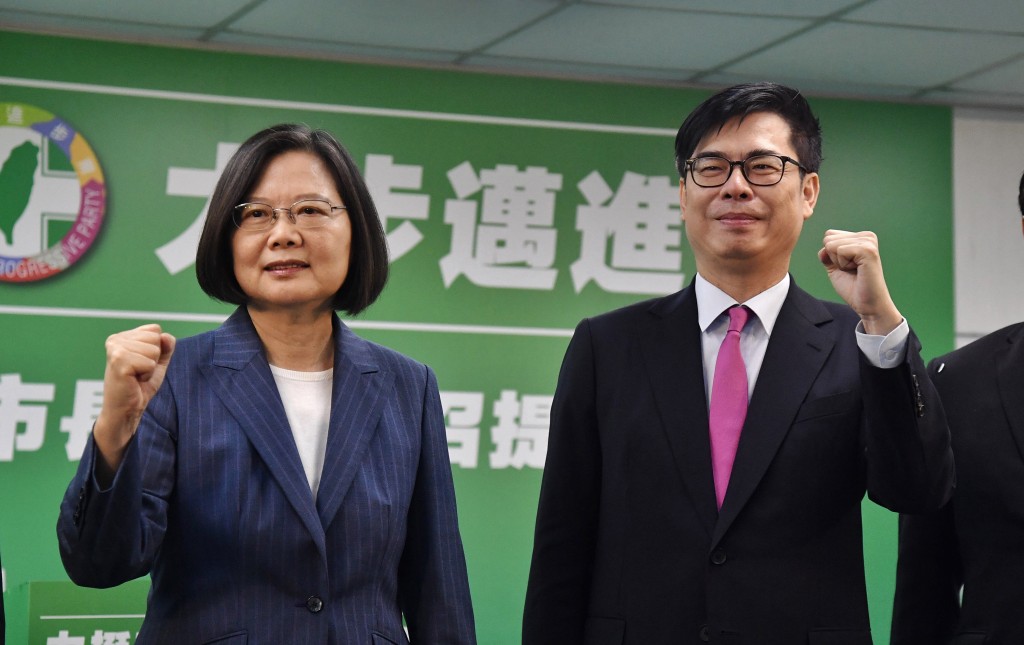 The mayor's seat was left vacant when Han Kuo-yu (韓國瑜) of the Kuomintang (KMT) was ousted last week following a recall vote that passed the threshold by a wide margin. The by-election will take place on August 15.

"I believe Kaohsiung deserves better and should be better," said Chen at a Democratic Progressive Party (DPP) press event on Wednesday afternoon. President Tsai Ing-wen (蔡英文) and two DPP city mayors each delivered brief remarks to show their support for Chen, who is now running for the position for the second time since 2018.

Believing himself to have made an inadequate effort to gain the support of voters in 2018, Chen pledged to pick up where he left off: "I can lead Kaohsiung to a better future based on existing foundations."

Chen lost his last bid for mayor to Han — then a rising star in the KMT. However, less than one year after assuming his duties, Han ran as the KMT's presidential candidate, which later prompted the recall campaign against him by civil groups.

Tsai, who also chairs the DPP, said that Chen is the party's best candidate for Kaohsiung mayor. "I hope Chi-mai will get the city's affairs back on track at the fastest speed possible while bringing back Kaohsiung's glory," said Tsai, who also asked Chen to repair what had not been done well last time and resolve misunderstandings and divisions among the city's residents.

Chen tendered his resignation to the premier on Wednesday morning, according to Cabinet Spokesperson Evian Ting (丁怡銘). He will depart on Friday.