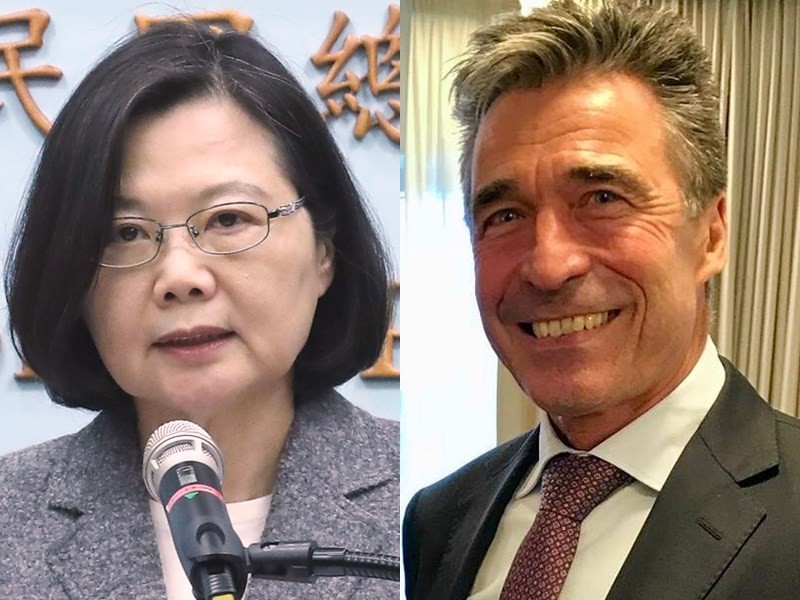 TAIPEI (Taiwan News) — President Tsai Ing-wen (蔡英文) has been invited to speak at an international conference in Denmark, which will be held online from Thursday (June 18) to Friday (June 19).

The meeting, known as the Copenhagen Democracy Summit, is hosted by the Alliance of Democracies, which was founded in 2007 by former Danish Prime Minister Anders Fogh Rasmussen with the aim of connecting global democratic forces and discussing the challenges democracies face, CNA reported.

Last June, the alliance invited Taiwan’s Foreign Minister Joseph Wu (吳釗燮) to the summit to share the nation’s democratic experience. This year, President Tsai, U.S. Secretary of State Mike Pompeo, Vice President of the European Commission for Values and Transparency Vera Jourova, Demosistō party Secretary-General Joshua Wong (黃之鋒), and others have all been invited to give speeches.

In an interview with Danish TV station TV 2 on Monday night (June 15), Rasmussen stated that he invited President Tsai due to her successful reelection, ability to represent Taiwan, a democratic country with a population of 23 million, and also because Taiwan's control of the Wuhan coronavirus (COVID-19) has been better than that of authoritarian China’s.

When asked whether President Tsai’s participation would anger China, Rasmussen said that democratic countries should stick to the concepts of democracy and free speech. He advised nations to organize conferences on their own to discuss issues of concern, and unite together when facing China, rather than being used and oppressed by Beijing.

He argued that if China was more open in the early stages of the coronavirus outbreak, the current global crisis may have been avoided. Rasmussen also worried about mergers and acquisitions by Chinese companies and Beijing’s increasing influence in Europe.

He said that because some countries rely on China's financial assistance, it is difficult for the EU to have a consistent position on China's human rights issues. The EU must adopt a common strategy to deal with China and should not let individual countries be bought by the East Asian nation, Rasmussen suggested.

He recalled that when he was prime minister in 2008, Denmark established a strategic partnership with China. At that time, he believed that China would develop into a more free and open nation.

According to a Facebook post by the Taiwanese Representative Office in Denmark, President Tsai will take part in the summit on Friday.