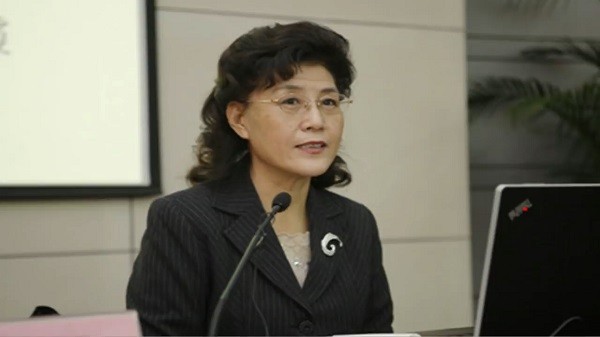 TAIPEI (Taiwan News) — Audio has surfaced from a former professor of China's Central Party School in which she described the Chinese Communist Party (CCP) as a "political zombie" and Chairman Xi Jinping as a "mafia boss" that will drive the country's economy into "complete collapse" if he is not ousted.

On June 3, an audio recording of retired Central Party School professor Cai Xia appeared on YouTube. China Digital Times confirmed the veracity of the recording and translated the transcript into English on June 12.

Although she never mentions him by name, Cai makes it clear from the beginning that the individual she is referring to is Xi. She says that China's political system is broken and must be abandoned because Xi has turned CCP members into his personal minions.

She asserts that the revision of China's constitution at the Plenum Session of the 18th National Congress in 2018 illustrates why the CCP is a "political zombie." She pointed out that not a single party member dared to oppose Xi's motion to remove term limits, adding that it was like "stuffing dogshit down their throats."

Cai describes Xi's control of "the knife handle" (police) and "gun barrel" (military) as his keys to power. She added that the CCP's own major faults — internal corruption, lack of human rights, nonexistent legal protections — paralyze the organization and tighten his grip on power.

The professor points out that Xi has converted CCP members into his own "slaves" and "tools" to be used for his own personal gain. When he finds the CCP useful, he makes use of it; when he no longer has need of a party member, he can label them corrupt and dispose of them, said Cai.

She then claims that Xi has become a "mafia moss" who can punish party members for any perceived infraction. Like zombies, Cai says that party members only march in lockstep and that no one dares challenge Xi.

A key first step to resolving the situation in her opinion would be to replace Xi. However, even though the Central Standing Committee meetings are supposed to be situations in which the majority makes the decisions, Cai laments that Xi prevents any sort of consensus from being built against him.

Cai believes that if Xi is removed from power, "the external environment will start to relax." She said that if China could depose Xi, foreign nations would see that it was "moving in a different direction," and external tensions could be alleviated.

Instead of continuing to implement policies, she called on China to take a step back and stop repressing its citizens. She called on the government to "stop deleting WeChat accounts, stop punishing speech."

Due to deteriorating conditions on the ground, Cai said that many wealthy Chinese have fled the country with their assets. As a result, she said China is now left with "blood-sucking red elitists" and poor working-class people who have no means of escape.

She called for an end to "Socialism with Chinese Characteristics," which she described as "nonsense." She pointed out that the tenets of these theories do "not even make sense logically" and that the CCP and Chinese people have become the "laughing stock of the world."

Cai blamed Xi for shattering Chinese society "into scattered sand" and turning the country into a police state that is monitoring its society to "the point of death." She urged Xi to "step down with dignity" to enable the country to "correct past mistakes and set things right."

The professor warned that "if we don't get rid of this person" the political system will go into free fall and the society will disintegrate. She predicted that by the end of this year or by the first half of next year, "the economy will completely collapse."

However, Cai predicted that economic collapse would not be sufficient to lead to an overthrow of Xi "because there is still money to squander." She suggested that once Beijing's coffers finally empty out and domestic conflict reaches a boiling point, Xi may face a reckoning.

Cai closed by predicting that China will undergo another "period of major chaos" with an uncertain ending. She warned that such a chaotic situation could breed "ruthless characters," as seen in previous unstable periods of Chinese history. 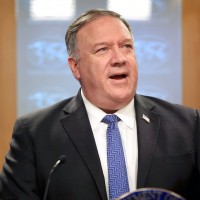 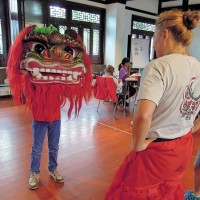