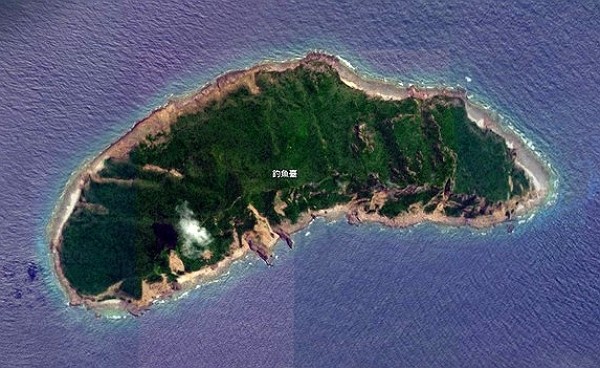 TAIPEI (Taiwan News) — After revealing plans to rename the disputed Diaoyutai Islands, Japan's Ishigaki Mayor Yoshitaka Nakayama explained Monday (June 15) the motivation behind his proposal and said it was aimed to counter Beijing's constant encroachment in the East China Sea.

As territorial disputes over the uninhabited archipelago continue to heat up between Taiwan, Japan, and China, Nakayama conveyed to the Taiwanese officials via phone that citizens of the Japanese city had pushed for a name change in order to fend off intruding Chinese vessels. He said the Japanese government had been planning the name change since June 2018, but did not fully pursue the idea until China's recent territorial incursions.

Nakayama stressed that Chinese vessels have entered Japanese waters without permission more than 40 times since last year and that the Okinawa community has strong desire for an official administrative designation of the Diaoyutai Islands as well as claiming sovereignty over the nearby fishing grounds, reported New Talk.

In a statement released Monday, Taiwan's Ministry of Foreign Affairs (MOFA) reiterated the nation's claim over the islets and promised that it would continue to search for a peaceful resolution satisfying to both parties. It urged the Japanese government to not jeopardize its relationship with Taiwan and warned that necessary actions would be taken to defend the interests of Taiwanese fishermen, according to CNA.

Chiang Wan-an (蔣萬安), the great-grandson of former Taiwanese ruler Chiang Kai-shek (蔣介石), criticized the DPP for kowtowing to Japan and being hesitant in securing Taiwan's territory. He also called out Vice Premier Chen Chi-mai (陳其邁), who is expected to represent the DPP in the upcoming Kaohsiung mayoral re-election, for lacking the courage to go on the islands and said the DPP should adopt more aggressive approach to protect the "Taiwanese" archipelago, reported Now News.