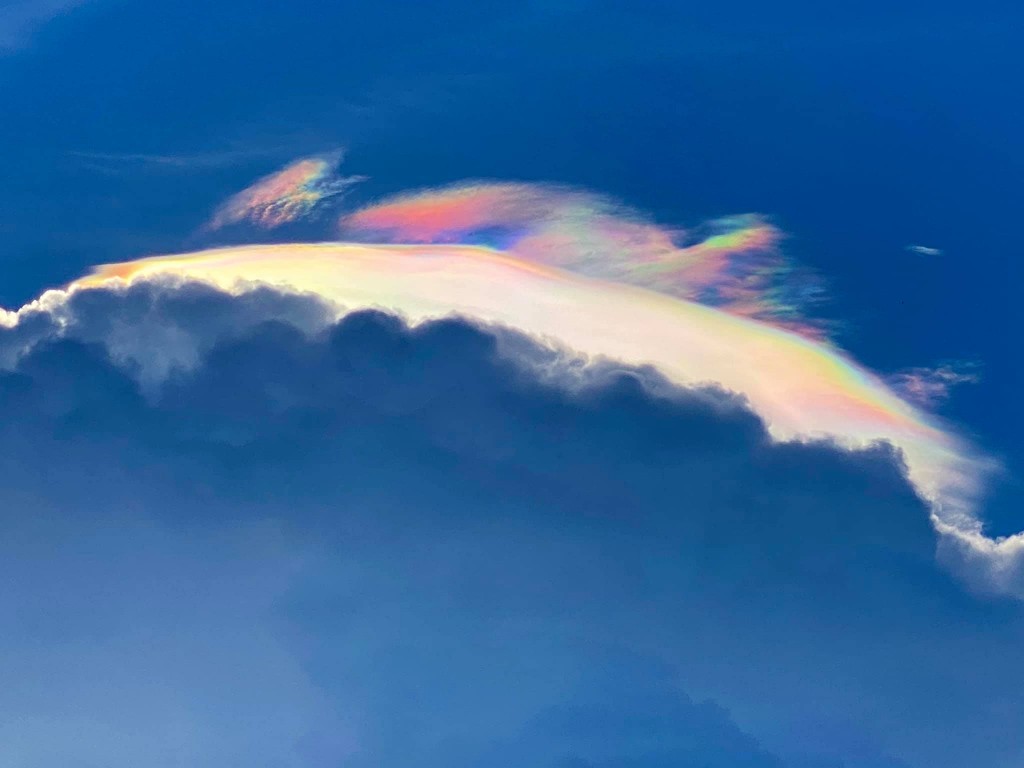 TAIPEI (Taiwan News) — An iridescent cloud appeared in the sky over Yilan County on Sunday (June 14).

The curator of the Lanyang Museum, Chen Bi-ling (陳碧琳), captured the natural phenomenon at 5 p.m. near the Yilan Interchange and Toucheng Interchange, reported CNA.

According to Chen's Facebook page, three of the iridescent cloud pictures were taken by her mobile phone and a drone. The rainbow can be seen clearly in the photos, which quickly drew the public's attention.

Some netizens connected the optical phenomenon with the earthquake that rocked northeastern Taiwan early Sunday morning. However, cloud iridescence is a type of photometeor that occurs in a cloud and appears in the general proximity of the Sun or Moon.

Retired WRAL WeatherCenter Meteorologist Michael Moss told Taiwan News that the colors of the clouds are caused by a phenomenon called "iridescence," and are formed by a different mechanism than a circumhorizontal arc.