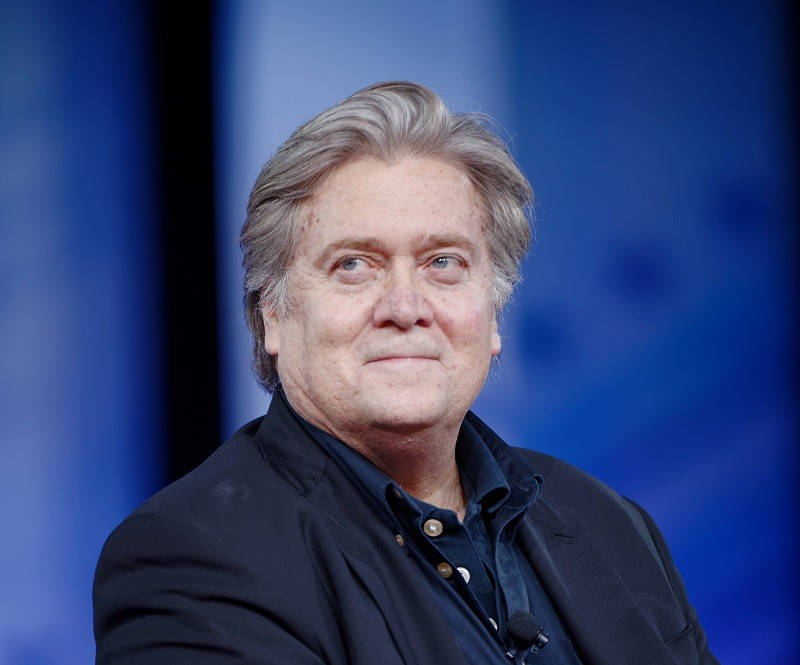 He also expanded on the activities of his friend, exiled Chinese billionaire Guo Wengui (郭文貴), who recently declared via YouTube the "New Federal State of China."

He praised Trump as "the only president in American history that has stood up to the CCP." He added that it's time for the U.S. to go even further with its policy of confronting China.

As for the Chinese government, Bannon advised that it pursue a strategy of immediate dissolution, followed by a declaration of democratic intent. Only by upholding freedom of speech, assembly, and religion, could China then become prosperous, healthy, and happy over the coming decades, Bannon said.

On the foundation of the New Federal State of China, Bannon said that he is an adviser to the group, "which is a collection of high-net-worth individuals and sports and cultural figures throughout the world, expatriates that advocate for taking down the CCP.”

Bannon said he believes that freedom-loving Americans want to confront the CCP and want to help the Chinese people, "because only the Chinese people can overthrow the Chinese Communist Party. Nobody else can do that, but they can be assisted by well-meaning people throughout the rest of the world."