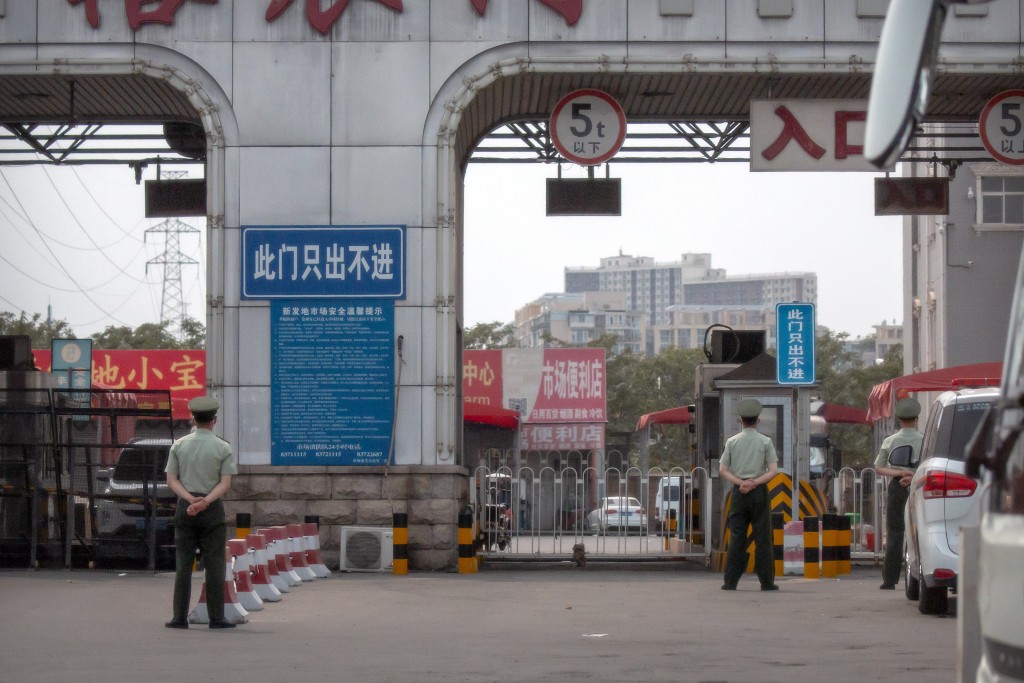 TAIPEI (Taiwan News) — The largest wholesale food market in Beijing has been shuttered after a cluster of locally transmitted coronavirus cases emerged after eight weeks of not reporting any new local infections, and the country's top epidemiologist said on Sunday (June 14) that the capital city is "going through a critical moment."

The Xinfadi market was closed following a resurgence in local infections after more than 50 people tested positive for the virus. Zeng Guang (曾光), the chief epidemiologist of the Chinese Center for Disease Control and Prevention said at a press briefing on Sunday that the viral gene sequencing in Beijing's fresh outbreak does not resemble the type widely circulating in the country, which he noted in response to a rumor that imported salmon, as well as a chopping board in the market, tested positive for the virus.

"More tests are needed to determine whether the virus detected in the market came from the nation the salmon originated from," he added.

Zeng emphasized that Beijing will not repeat what is happening in Wuhan or undergo a complete lockdown, as the city has implemented a slew of measures to contain the outbreak. He also advised the public to consume only well-cooked salmon and meat until more is known.

Huang Li-ming (黃立民), head of Taiwan's non-profit Infectious Diseases Society, said that the virus being transmitted through chilled and frozen meat is not impossible, but the chance is very slim. He added that safety can easily be ensured by testing samples from each imported batch.