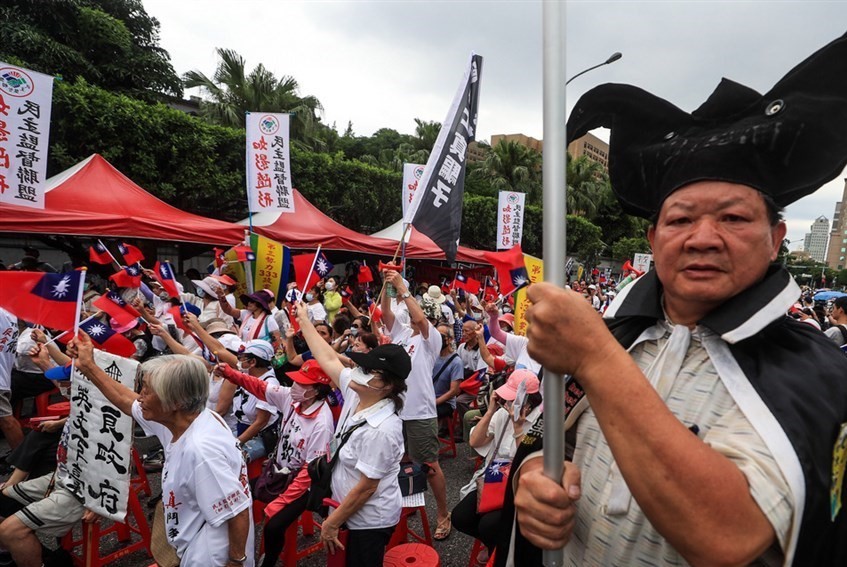 The protest, organized by the Democratic Oversight Alliance, was held on Saturday, Alliance Chairman Huang Cheng-chung (黃正忠) stated. He added that the organization had been expecting a large crowd, Liberty Times reported.

However, there were so few people at the event that even the famous pro-Han live streamer Kao Chun-chun (高鈞鈞) was dumbfounded, saying "There are not many people here."

Protesters gathered at Taipei's Ketagalan Boulevard at 2:30 p.m. and dispersed at approximately 10:00 p.m., according to paperwork filed by the Democratic Oversight Alliance.

The event allowed participants to go on stage and share their thoughts with the crowd. According to multiple reports, retired professor Chou Ming-tai (周明台) unexpectedly rushed the stage, proclaiming that everyone should "right wrongs in accordance with Heaven's decree.”

According to a SET News report, Chou's remarks may have violated Article 305 of the Criminal Code of Taiwan. The article states that "a person who threatens to cause injury to the life, body, freedom, reputation, or property of another and thereby endangers his safety shall be sentenced to imprisonment for not more than two years, short-term imprisonment, or a fine of not more than nine thousand dollars."