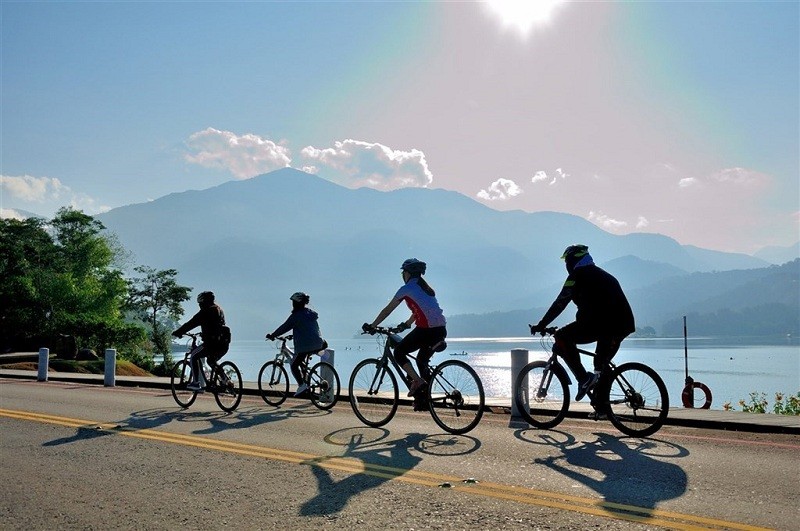 People in Taiwan are eager to travel again as COVID-19 fears ease, but with overseas travel restrictions still in place, domestic tourism has been the big winner, with hotels, travel agencies and amusement parks seeing vigorous demand.

Several hotel operators, including Silks Hotel Group, Humble House Hotels and Fullon Hotels & Resorts, will see an average occupancy rate of 80 to 90 percent in their hotels at popular tourist spots during the June 25-28 Dragon Boat Festival weekend, according to industry sources.

That would be the highest occupancy rate local hotels have seen since the COVID-19 outbreak began in early January, sources said.

In March for example, the average occupancy rate for hotels in resort areas was 36.15 percent, according to Tourism Bureau statistics.

Meanwhile, Lion Travel, one of the largest travel agencies in Taiwan, said bookings received for the Dragon Boat Festival weekend are 50 percent higher compared to 2019, though the comparison may be skewed because last year's long weekend lasted only three days.

The largest increase in bookings are for the Taiwan-held Penghu, Kinmen and Matsu islands, Hualien and Taitung counties in eastern Taiwan, and Kenting, a seaside tourist hotspot on Taiwan's southern tip, the agency said.

As for amusement parks, visitor numbers have been increasing since late May, and operators are hoping for even bigger turnouts when government subsidies for park visits are issued in July.

A spokesperson for Farglory Ocean Park in Hualien County told CNA that more than 6,000 people have visited the park each day on Saturdays and Sundays since the end of May, up about 50 percent from a year earlier.

The park is hoping for a total of 150,000 visitors during the summer vacation period with the help of government incentives, which would be 15 to 20 percent higher than in 2019, the spokesperson said.

The Leofoo Village Theme Park in Hsinchu County said it drew nearly 8,000 visitors during the last weekend in May, significantly higher than earlier this year.

In 2019, roughly 500,000 visitors came to the park during July and August, and its goal this year is to surpass that number, the park said.

Janfusun Fancy World, an amusement park in Yunlin County, said it has also benefited from ebbing fears of COVID-19, with visitor numbers 30 percent higher this month than during the early days of the pandemic.

Taiwan has not had any domestically transmitted COVID-19 cases since April 12, leading the government to ease restrictions on the size of gatherings and the use of face masks and residents to feel more comfortable going out and traveling.

To encourage domestic travel, Taiwan's government is offering citizens subsidies starting July 1 to stay at designated hotels, while children born after June 2001 will be granted free entry to amusement parks in July and August.