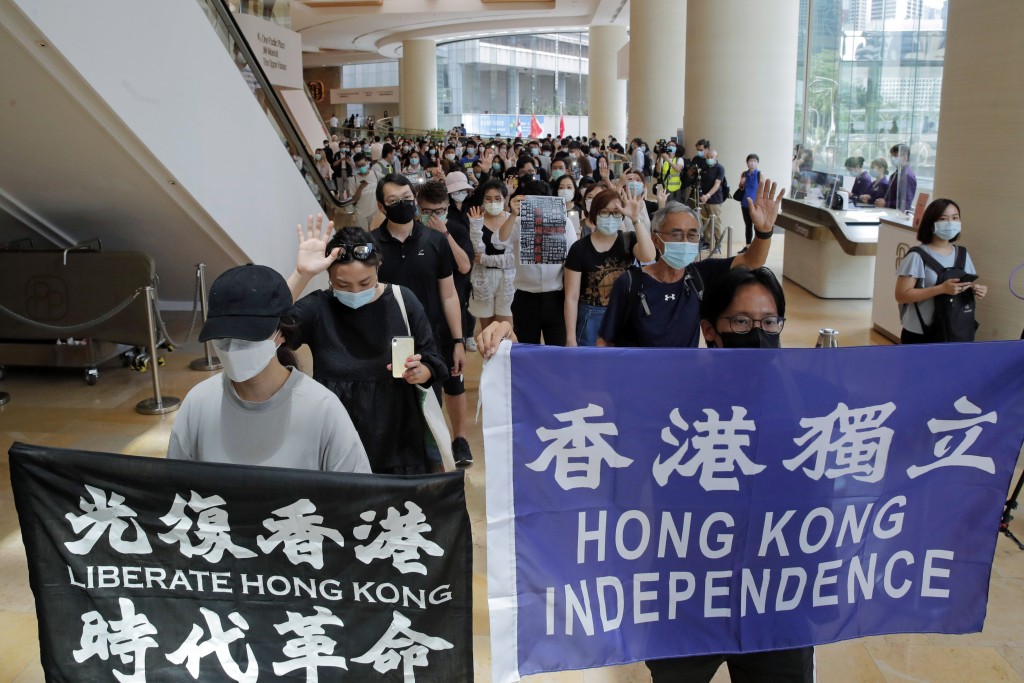 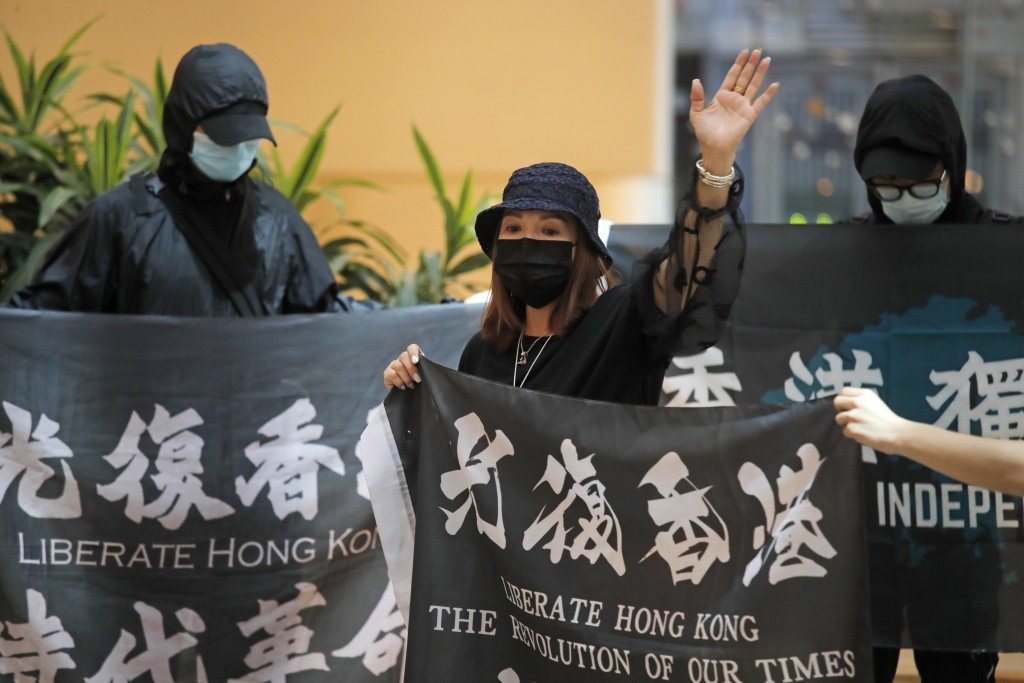 HONG KONG (AP) — More than 100 protesters in Hong Kong marched and shouted slogans during a lunchtime protest Friday in a luxury shopping mall, marking the one year anniversary of a clash with police outside the semi-autonomous Chinese city's legislature.

Protesters marched through the mall in the Admiralty business district holding flags that read “Hong Kong Independence” and shouting “stand for Freedom, stand with Hong Kong.” Protesters sang the protest anthem “Glory to Hong Kong”, and a large banner was laid out with a Chinese saying meaning “The people fear not death, why threaten them with it?”

The demonstrators were commemorating last year's event in which tens of thousands of protesters surrounded the legislative building and stalled the reading of an extradition bill that would have allowed criminal suspects to be sent to mainland China to stand trial. Police deployed tear gas and rubber bullets to disperse the protesters, one of the first violent clashes in what would become a monthslong push for greater democracy.

The protest movement quieted down earlier this year as the coronavirus pandemic began, but picked up steam in recent weeks after China's ceremonial parliament decided to enact a new national security law for Hong Kong, a former British colony.

The government says the law is aimed at curbing secessionist and subversive behavior in the city, as well as preventing foreign intervention in the city’s internal affairs. Critics say it is an attack on the freedoms promised to Hong Kong when it was handed to China in 1997.

Hong Kong operates under a so-called “one country, two systems” framework that gives the city freedoms not found on the mainland, such as the freedom of speech and assembly.

In a separate demonstration Friday, more than 100 students in the Kowloon district formed a human chain to protest the removal of a music teacher, allegedly for allowing students to sing protest songs.

On Thursday, three pro-democracy activists and a media tycoon who owns the Apple Daily newspaper, Jimmy Lai, were charged with “inciting others to participate in an unauthorized assembly” over a candlelight vigil last week to mark Beijing's 1989 crackdown on protester's in Tiananmen Square.

Police banned the annual vigil from being held for the first time in three decades, citing public health concerns from the coronavirus pandemic. Thousands of people turned up anyway.