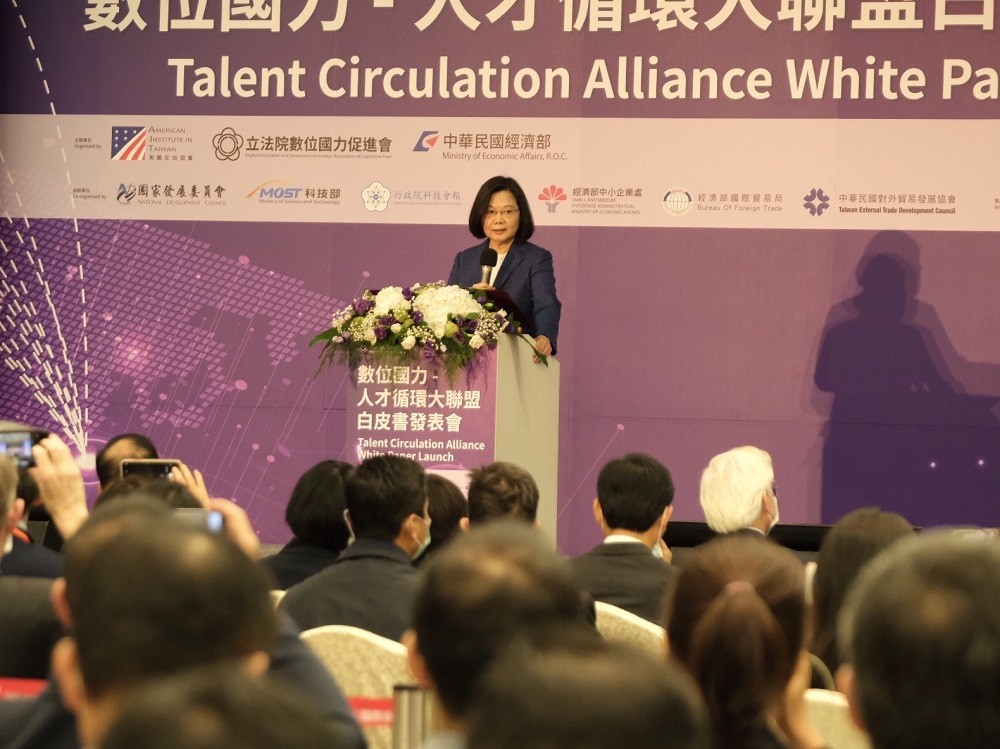 “Since 2018, we have issued 720 Employment Gold Cards to talents from around the world,” remarked Tsai at a Talent Circulation Alliance (TCA) event. The TCA is a program co-founded by the American Institute in Taiwan (AIT) and Taiwanese authorities last April.

“We plan to further loosen regulations for hiring foreign professionals and increase incentives for companies that hire them,” Tsai said. She added that given future challenges and opportunities, the country also needs to strengthen citizens' bilingual capabilities and digital skills.

“The main conclusion the TCA reached is Taiwan needs to transform itself into an ‘international talent hub’,” observed AIT Director Brent Christensen. “If the people of Taiwan are equipped with the necessary skills and then connected to the world, Taiwan will naturally succeed and be able to chart its own future for decades to come.” The TCA launched its first annual White Paper on Friday. Its advice to the Taiwan government, in terms of fostering talent for the digital age, included facilitating international academic exchanges, reforming government policies to favor talent circulation, and empowering the female workforce.

The government values the suggestions provided by the white paper, said Tsai, adding that efforts would be made to continue improving Taiwan’s human resource policies and relevant regulations. “I look forward to diversifying Taiwan-U.S. cooperation on talent cultivation and exchanges.”

“We should take advantage of this digital wave to help domestic industries transform and upgrade,” noted Legislative Speaker You Si-kun (游錫堃). “This requires international collaboration and exchanges to learn from each other,” he said, encouraging exchanges between Taiwan and the U.S. among public and private sectors as well as in academia.

The TCA aims to facilitate the circulation of talent between Taiwan, the U.S., and other partners sharing similar values. It will continue hosting exchange programs, seminars, and networking events, according to the AIT.