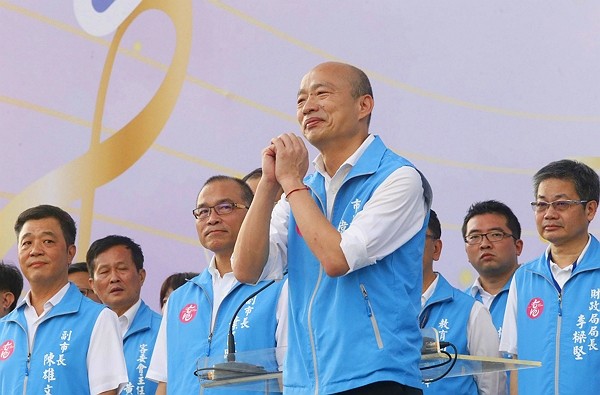 TAIPEI (Taiwan News) — After being ousted by voters over the weekend, Kaohsiung Mayor Han Kuo-yu (韓國瑜) on his last day in office, Thursday (June 11), addressed his supporters and said he would not participate in politics or accept any political position in the near future.

Once an ascendant political star, Han met his downfall after failing to meet the expectations of Kaohsiung citizens, such as by announcing his presidential bid fewer than six months into his mayoral term and purposefully avoiding Q&A sessions at the city council. His Kaohsiung career was cut short last Saturday (June 6) when he lost an unprecedented vote to remove him from his mayoral duties.

During a farewell concert organized by the city government Thursday, Han expressed gratitude to his supporters as well as condolences for the death of Kaohsiung City Council Speaker Hsu Kun-yuan (許崑源), who committed suicide after Han's defeat. Han said he had made peace with the recall but bashed the ruling Democratic Progressive Party (DPP) for stoking hatred among the Taiwanese public, claiming the party had stained democracy.

The Kuomingtang (KMT) politician also emphasized that he would take a temporary break from Taiwan's political scene and that he would not take up any new position. He also encouraged his supporters not to hold grudges over the recall results, stressing that Taiwan's democracy should be based on kindness and acceptance instead of confrontation, reported UDN.