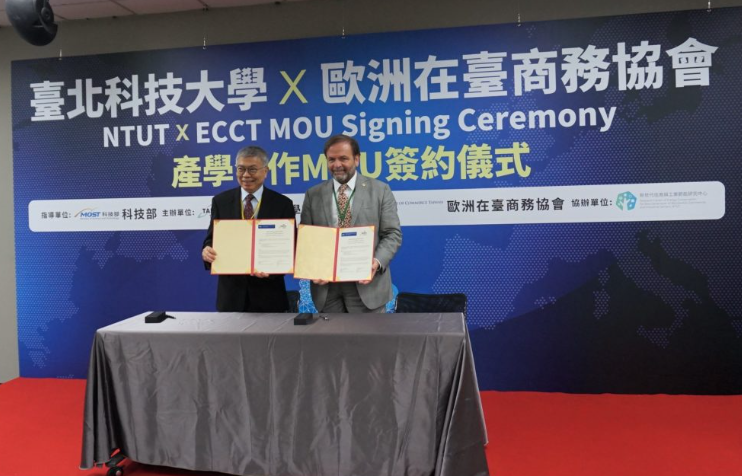 In March, the university became the first academic institution to join the ECCT, and later also agreed to take part in the group’s Low Carbon Initiative, the Liberty Times reported.

At the signing ceremony, NTUT President Wang Hsi-fu (王錫福) said his school plans to intensify cooperation between the business and academic sectors to promote sustainable development. At the same time, the MOU will also provide more choices for international studies for the students, he added.

Clean energy, wind power technology, energy management, and sustainable development were all areas the university has prioritized in its research efforts, according to Wang. He announced NTUT will launch a course in September to teach the design, manufacturing, and operation of offshore wind power stations in order to improve the environment for the alternative energy sector.