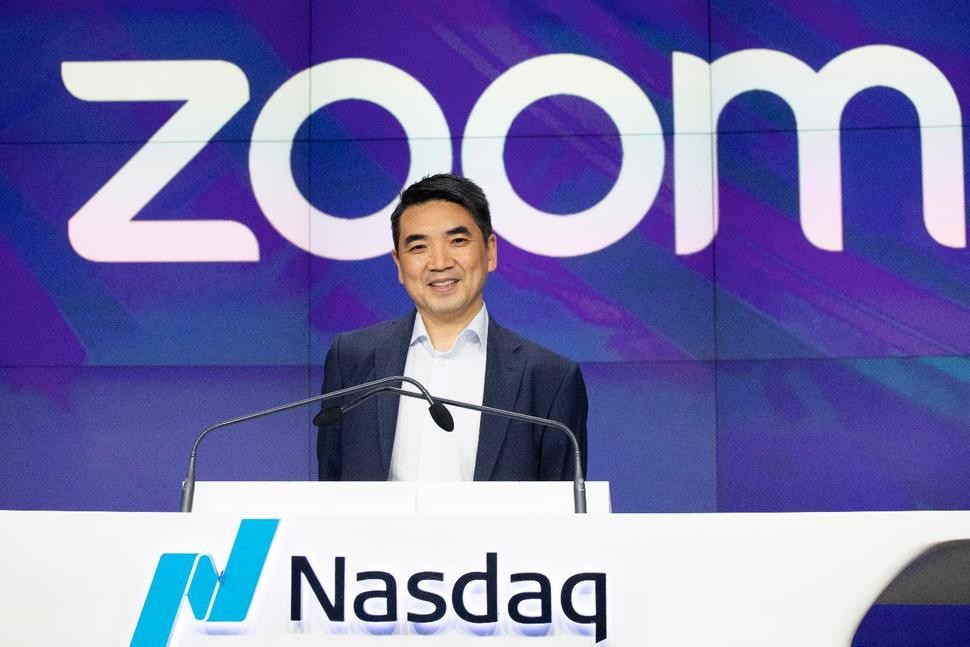 TAIPEI (Taiwan News) — Video-conferencing company Zoom closed an account used by Chinese activists living in the U.S. after they held an online meeting to mark the 31st anniversary of the Tiananmen Square massacre.

Zhou Fengsuo (周鋒鎖), student leader of the Tiananmen Square protests and founder of Humanitarian China, found an account he operated had been inexplicably shut down by the company after organizing an event to commemorate the bloody crackdown, according to a report by Axios. On May 31, Zhou and other Chinese dissidents living the U.S. held an event to mark the 31st anniversary of the massacre, only to find the group's account suddenly closed down a week later.

According to the report, Zhou paid Zoom to create an account for Humanitarian China and used it to host the event, which saw 250 people attend, while 4,000 viewed the livestream on social media. The virtual gathering reportedly included mothers of the students slain in the bloodbath, organizers of the annual Hong Kong vigil for Tiananmen, writers, scholars, and other former student leaders.

The group stated that Zoom had failed to respond to their request for an explanation and reactivation. It added that the Zoom accounts of Tiananmen student leader and Chinese dissident Wang Dan (王丹) and the Hong Kong Alliance were also all shut down. In late May, the Zoom account of Hong Kong pro-democracy activist and former politician Lee Cheuk Yan was also locked down. He has yet to receive a response from the company regarding his account's status.

Humanitarian China added that another event memorializing the Tiananmen Square deaths was "attacked twice by hackers, preventing viewers from logging in." The group wrote that it was "outraged by this act from ZOOM" and noted that just as it was being censored, thousands trying to commemorate Tiananmen and support democracy in Hong Kong were silenced within China, both online and through arrests.

A Zoom spokesperson told Axios that the account had been shut down to "comply with local law," an apparent reference to regulations in China. Although the company said it had reactivated the account, it raises questions about why Chinese law was being applied to a videoconference being held in the U.S.

The shutting down of these Zoom accounts has caused many to become suspicious of the extent to which the Chinese Communist Party (CCP) influences the company. Although Zoom is headquartered in the U.S., its research and development are primarily managed by some 700 employees in China.

The group condemned Zoom for being complicit in China's censorship of the Tiananmen Massacre:

"It seems possible ZOOM acted on pressure from the CCP to shut down our account. If so, ZOOM is complicit in erasing the memories of the Tiananmen Massacre in collaboration with an authoritarian government."

As the Wuhan coronavirus (COVID-19) forced most of the world into lockdown, the use of Zoom skyrocketed to over 300 million daily participants. However, it has received much criticism for security and privacy issues as well as a lack of transparency.

Zoom's Chinese-born CEO Eric Yuan admitted in April that some Zoom meetings had been "accidentally" routed through servers in China since February. Citizen Lab researchers in April found that the routing of data through China would include encryption keys and that "Zoom may be legally obligated to disclose these keys to authorities in China."

Due to security concerns, Taiwan's Cabinet on April 7 banned all usage of Zoom by government agencies. Taiwan's Ministry of Education followed suit that same day, barring the video-conferencing product from all schools.