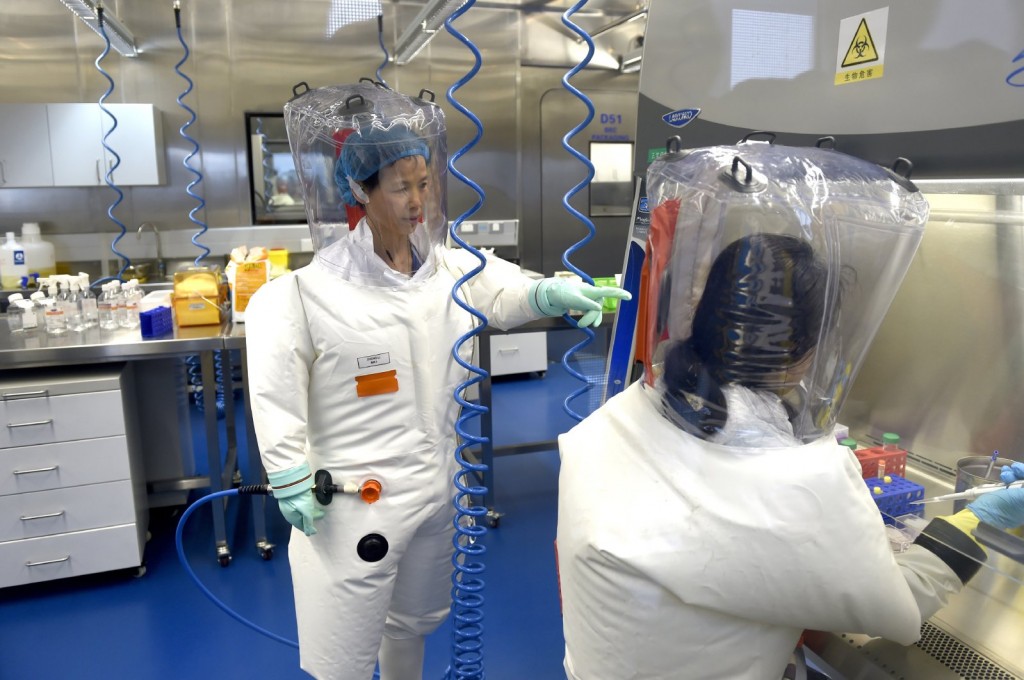 TAIPEI (Taiwan News) — A joint British-Norwegian study alleges that the Wuhan coronavirus (COVID-19) is a "chimera" constructed in a Chinese lab.

A study, authored by University of London Professor Angus Dalgleish and Norwegian virologist Birger Sorensen and published in Cambridge University's QRB Discovery, claims that Sars-CoV2, the virus that causes COVID-19, did not evolve naturally but rather was artificially manipulated. Specifically, the authors allege that the spike proteins of the virus contain "inserted sections."

The study's authors also pointed out that the virus has hardly mutated since it began to infect humans, apparently suggesting that it was already fully adapted to human biology in the laboratory. Sorensen told Norway's NRK on Monday (June 8) that this is "quite unusual for viruses that cross species barriers."

He added that the virus has properties that differ greatly from SARS and "which have never been detected in nature." After carefully examining the genetic sequence of the virus, he said that it did not appear to have evolved from natural processes. Sorenson told the news agency that he believes the virus is related to a number of "gain of function studies" being carried out in China. He also said that the U.S. and China had been collaborating on such research in advanced labs for many years.

The purpose of the gain of function studies is to artificially increase the transmissibility of a virus to make it easier to repeat scientific experiments quickly. Such manipulated viruses are referred to as "chimera."

Sorensen claims that at the early stages of the outbreak, Chinese scientists discussed the modified sequences in the virus. However, he said he believes that in recent months, the Chinese government has suppressed all public discourse on the subject.

In response to the study, former M16 Chief Sir Richard Dearlove on June 4 told the Telegraph that the findings indicate the outbreak started with a leak from a Chinese lab. "I think this started as an accident. This raises the question of whether China will assume responsibility and whether China should pay compensation," said Dearlove.

Indeed, a report by Medium notes that Wuhan Institute of Virology (WIV) scientist Shi Zhengli, also known as "Bat Woman," and her team had been making "chimeric constructs" as early as 2007 and as recently as 2017. As part of a US$3.7 million U.S. NIH grant, Shi in 2019 wrote about using "S protein sequence data, infectious clone technology, in vitro and in vivo infection experiments" on Sarsr-CoV.

When the Sars-CoV2 genome was first sequenced and released to the public on Jan. 10, no closely related strains were known. However, on Jan. 23, Shi published a paper in which she stated that Sars-CoV2 was 96 percent identical to RaTG13, a strain she and her team had discovered in bats in Yunnan in 2013.

Shi claimed that Sars-CoV2 is too different from RaTG13 to have leaked from her lab. However, she has never provided the original samples from Yunnan to allow independent labs to sequence them to confirm that they have not been tampered with.

China has yet to allow an outside team of scientists to enter the WIV and review records of and samples from Shi's gain of function studies on bat coronaviruses. Beijing has also not allowed independent investigators to review lab security camera footage or interview staff.

Currently, the scientific community is relying on Shi's claim "on my life" that the pandemic did not start in her lab.