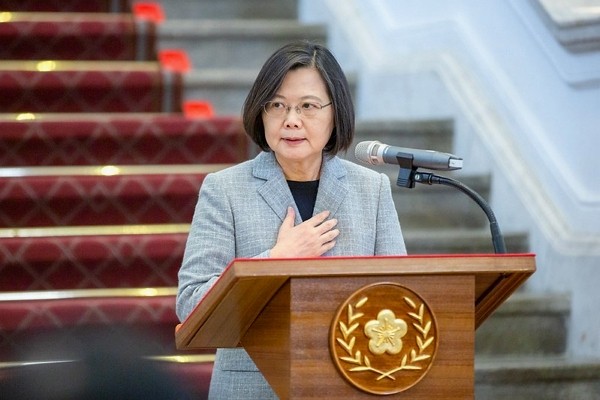 TAIPEI (Taiwan News) — President Tsai Ing-wen (蔡英文) said on Wednesday (June 10) that the disputed Diaoyutai Islands have always been part of Taiwan's territory and that the government would seek to peacefully resolve the issue.

Territorial disputes over the uninhabited archipelago have surfaced once again after the Japanese city of Ishigaki on Saturday (June 6) revealed its plan to change the name of the islets, which are claimed by Japan, Taiwan, and China. In response, the Taiwanese Ministry of Foreign Affairs (MOFA) emphasized that Japan's proposed name change would not affect Taiwan's sovereignty over the islands.

Prior to her meeting with Democratic Progressive Party (DPP) officials on Wednesday, Tsai pointed out that the Diaoyutai Islands have always been in Taiwan's possession and urged Japan and China to help maintain peace in the East China Sea. She also encouraged both countries to put aside their differences and develop the islands together with Taiwan, reported ETtoday.

Surrounded by rich fishing grounds, the Diaoyutai Islands are located approximately 200 kilometers southwest of Okinawa and a similar distance northeast of Taiwan. They have been disputed by Japan and Taiwan since the 1970s, while Beijing bases its claim on the grounds that it views Taiwan as an offshore province.