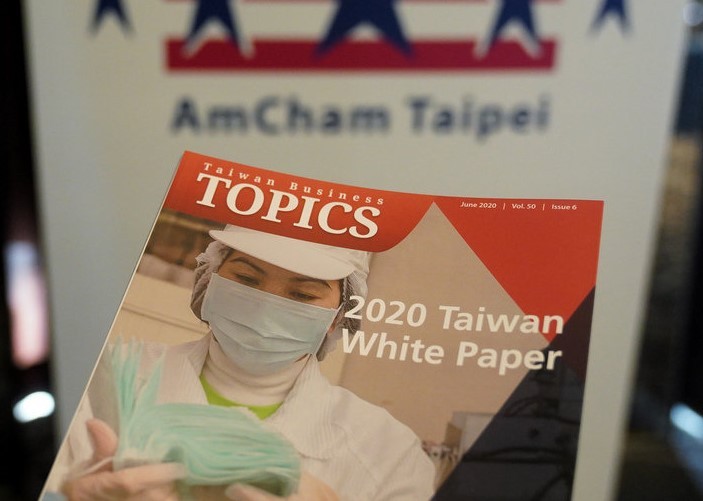 TAIPEI (Taiwan News) — The American Chamber of Commerce (AmCham) in Taipei announced Wednesday (June 10) that a number of issues raised in the 2019 Taiwan White Paper have been improved.

AmCham Taipei released its 2020 Taiwan White Paper on Wednesday, pointing out that 11 of the 82 issues mentioned in its last White Paper have been resolved, which ties a record set two years ago, per an AmCham news release.

According to AmCham, the 11 resolved issues involved rule changes for green financing in banking and strengthening the Trade Secrets Act. Also included was the full implementation of Patent Linkage legislation, which protects intellectual property in the pharmaceutical industry.

C.W. Chin (金奇偉), Chairman of the American Chamber of Commerce in Taipei, said Taiwan's most recent significant achievement has been the successful mitigation of COVID-19. Taiwan can now use this experience to demonstrate its sound business and investment environment, he remarked, according to CNA.

AmCham Taipei was established in 1951 with the purpose of promoting Taiwan's business vitality, opening up Taiwan to the world, and making the island nation more innovative and prosperous. The chamber of commerce currently has about 1,000 individual members representing more than 500 companies and plays a key role in promoting exchanges between the U.S. and Taiwan.

The Taiwan White Paper is in its 24th year of publication and is released annually.