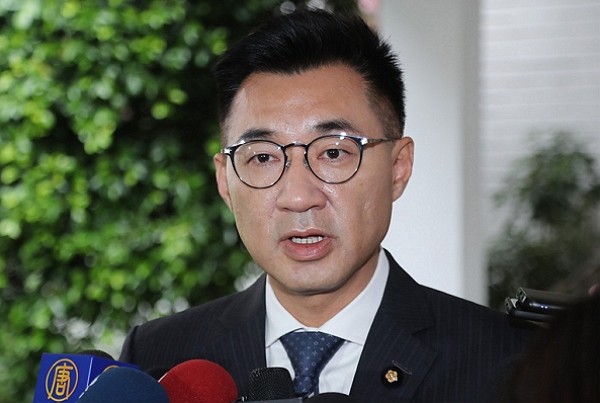 TAIPEI (Taiwan News) — Taiwan's opposition party, the Kuomintang (KMT), issued a statement regarding the ouster of Kaohsiung Mayor Han Kuo-yu (韓國瑜) on Saturday (June 6), but some internet users have noticed that the party purposefully omitted its anti-communism stance in the Chinese version of the statement.

Following the former KMT presidential candidate's loss in a recall vote, the KMT expressed regret in a released statement posted on its website, stating that Han and his officials have failed to meet the expectations of the Kaohsiung citizens. However, the KMT also stressed that the previous Kaohsiung government, run by the ruling Democratic Progressive Party (DPP), had an equally dissatisfying performance.

In the English version of the statement, the KMT's newly appointed chairman, Johnny Chiang (江啟臣), emphasized his firm opposition to communism and said the KMT has a desire to secure Taiwan's freedom and democracy. However, instead of also affirming the party's disapproval communism in its Chinese statement, the KMT avoided mentioning cross-strait relations and accused the DPP of manipulating the results of the recall vote.

According to New Talk, international media have interpreted Han's recall loss as a sign of Taiwan's distrust of the KMT and its close ties with China. Ironically, Chiang claimed in a February interview that the KMT has always treated the CCP as its enemy and that its pro-China label was only caused by a misunderstanding on the part of the Taiwanese public.