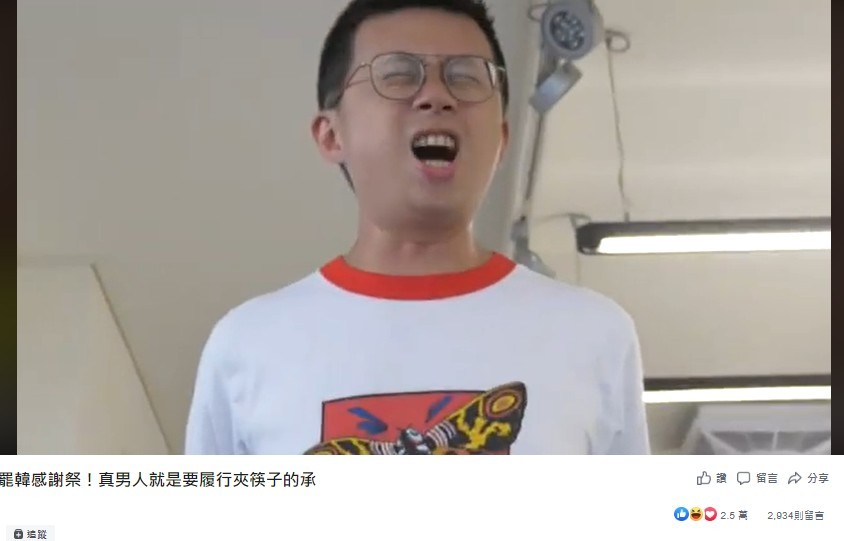 Chiu, a YouTuber who founded the "Can't Stop This Party" (歡樂無法黨) in May, claimed that no more than 400,000 people would turn out for the recall vote on Han, thus failing to meet the minimum of 574,996 required to succeed. However, if more showed up, he swore he would smash a pair of chopsticks for every 10,000 votes above his bet with his behind.

To his horror, 939,090 Kaohsiung residents voted to remove Han from office on Saturday (June 6), translating into 53.909 chopsticks. Many netizens waited with eager anticipation to watch his antics that same day but were disappointed when he failed to surface over the weekend.

Finally, on Monday (June 8), Chiu summoned up the courage and released a teaser on his Facebook page announcing that he would indeed follow through on his promise the next day with "the battle of the anus versus chopsticks." On Tuesday, Chiu, who goes by the YouTube handle "Froggy" (呱吉), released his long-anticipated video on his YouTube channel. Chiu howling in pain as he breaks a chopstick. (YouTube, Froggy screenshot)

In the video, which he describes as "not safe for work," Chiu explains that he had performed the stunt once before on stage in Kaohsiung in 2019. He says he was inspired by a Japanese TV show that demonstrated the technique 20 years ago.

Chiu then proceeds to remove his pants to reveal tight, black underwear. He then inserts the first chopstick under his underwear and across his rear end and squeezes it rigorously with his gluteus maximus to, in effect, give himself a wedgie and snap the wooden utensil in the process.

Onlookers can be seen cringing each time Chiu painfully snaps one chopstick after another. At one point, he even crushes three chopsticks in one fell swoop.

Chiu even suffers a minor injury when splinters from one chopstick drew some blood. Undaunted, Chiu bravely pushes onward with his mission and eventually reaches his goal of cracking 53 chopsticks. Chiu grimacing as he snaps yet another chopstick. (YouTube, Froggy screenshot)

At the end of the video, Chiu said that his feat was amazing, but not as amazing as the 939,000 people of Kaohsiung who came forward to vote.

Many netizens were impressed at Chiu's display:

"Doing what you promise, that's what I call a real politician."

"Why are they wooden chopsticks? Shouldn't they be metal?"

"Super fierce, next time he should challenge sugar cane."

"The saddest day in the history of chopsticks."

Caution, the video below is not safe for work: 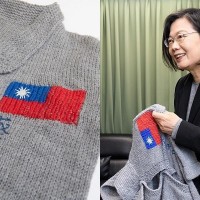 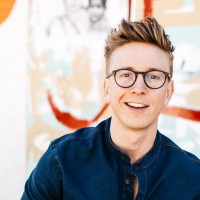