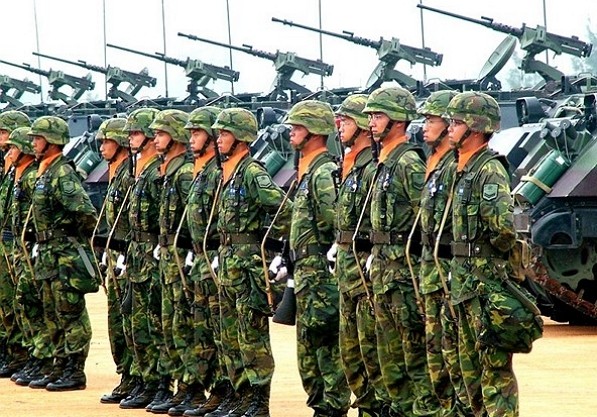 TAIPEI (Taiwan News) — Taiwan has been ranked as possessing the 26th most powerful military in the world by Global Firepower, a drop of four spots since last year's list.

In its 2020 ranking of 136 countries, Global Firepower took into consideration several individual factors, including each nation's war-making capabilities across land, sea, and air, giving Taiwan a "PowerIndex" score of 0.4008 (out of a perfect score of 0.0000). The U.S. again took the top spot, followed by Russia, China, India, and Japan rounding out the top five.

The 22nd spot, held by Taiwan last year, was seized by Vietnam, which was credited with a score of 0.3559.

According to the website, Taiwan has continued to keep the U.S. as its ally to counter the ever-present threat from neighboring China. Global Firepower estimates that Taiwan has 1,822,000 total military personnel, including 165,000 active-duty troops and 1,657,000 reserve soldiers. With a defense budget of US$10.72 billion, Taiwan has the ability to deploy 744 aircraft, 117 naval vessels, and 1,180 combat tanks.